Rajkumar Hirani, one of the most popular filmmakers of the Bollywood industry, celebrated his birthday on November 20. He is the master of making films on socially relevant subjects with a pinch of humour. Ever since he made his directorial debut with Munnabhai MBBS in 2003, there has been no looking back for the director. He has given many hit films that made him earn several accolades and national awards. He has won many Filmfare awards, as well.

All of the films of Rajkumar Hirani have been commercial and critical successes.

Hirani started his career in the advertisement industry and he did quite well as a copywriter. However, he always wanted to get into the profession of filmmaking. Soon, the director took a break from the world of advertisement, and focused on cinema. He joined director Vidhu Vinod Chopra and took up the work of promo and trailer edits. Finally, in 2000, he got his first break as a film editor with Mission Kashmir.

The films of talented director Hirani have a special formula of taking audience into a roller coaster ride of bone tickling humour, combined with heart touching issues which largely remain unaddressed.

On Rajkumar Hirani’s birthday, let’s take a look at some of his best films which you can watch on loop.

3 Idiots: Hirani discussed the loopholes in the Indian education system with this film, and the kind of pressure put on students of top engineering colleges. The film earned over Rs 200 crore and featured Aamir Khan, R Madhavan, Kareena Kapoor and Sharman Joshi in the lead roles.

Munnabhai MBBS: The film released in 2003 and featured Sanjay Dutt, Arshad Warsi, Sunil Dutt and Boman Irani in pivotal roles. The phrase ‘jaadu ki jhhappi’ from the film is popular even after a decade.

Lage Raho Munnabhai: It was the sequel to Munnabhai M.B.B.S and starred Arshad, Sanjay and Vidya Balan in pivotal roles. With the idea of ‘Gandhigiri’, the film inspired viewers to follow the principles of Mahatma Gandhi.

PK: The film, which was released in 2014, featured Aamir Khan, Anushka Sharma and Sushant Singh Rajput in pivotal roles. The film earned over 800 crores worldwide.

Sanju: This film is based on the life of actor and good friend of Hirani ‘Sanjay Dutt’. As per a report by Moneycontrol, Sanju was not only the biggest non-Holiday opener of all time but also recorded the biggest opening weekend of all time in Bollywood.

You will find a good stock of Rajkumar Hirani images on the India Content website. The image quality on the website is excellent. All the photos are available in three sizes-small, medium and large. 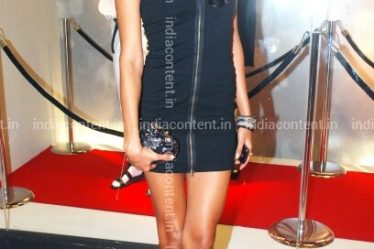