Best wishes to the dashing and one of the tallest personalities of Bollywood on his special day!

An Indian model and film thespian well-known for playing supporting roles in Bollywood movies, Arunoday Roy has turned 37 on February 17. Besides Bollywood, he has made his place in Malayalam cinema as well.

Arunoday went to boarding school Kodaikanal International School, Kodaikanal, Dindigul, Tamil Nadu for his primary education and acted in numerous school plays. He is an alumnus of Brandeis University, Massachusetts, the USA where he majored in English literature. After concluding his graduation, he enlisted himself in the New York Film Academy and thereafter got admission in the Acting Studio in New York where he performed in numerous plays. His leisure interests include writing poetry, travelling and painting. He is passionate about Thai food. His best-loved Bollywood actors include Naseeruddin Shah and Pankaj Kapur and actress is Kareena Kapoor. He loves watching movies of beautiful and legendary actress Marlon Brando who is an inspiration for him to be an actor and Jack Nicholson.

His favourite Bollywood movies are Omkara, Jaane Bhi Do Yaaro and Is Raat Ki Subah Nahin and Hollywood movies include The Shawshank Redemption, The Godfather Part II and Warrior. As he loves writing poetries, he admires Leonard Cohen a lot. He penned down his first poem at the age of 13. You can have a look at his lovely poetries on his Instagram page. He loves to do horse riding. He is fanatical about dogs and has a pet named Daku.

Arunoday Singh is counted as one of the tallest actors in the Bollywood industry. He revealed that his parents have continuously been supporting him in his acting journey and never imposed politics on him. Being his deep interest in art, he loves painting in his leisure time. His blue destination place is Goa and he is fond of listening to Laal Ishq from Ram Leela.

Arunoday dated a film actress Aditi Rao Hydari for some time and later exchanged the nuptial vows with her long-time girlfriend- a Café owner Lee Elton on 13th December 2016 whom he met in Goa in 2013.

Arunoday started looking for work after completing his studies and courses and eventually got his first break in Piyush Jha directorial ‘Sikandar’ in 2009, in which he is portraying as a Kashmiri terrorist named Zahageer Qadir. He came in the limelight after his performance in Anil Kapoor’s home production ‘Aisha’ in 2010 which is a transformation of the novel, Emma by Jane Austen, with Sonam Kapoor. In the same year, he got a chance to act in Vinay Shukla’s take on Gender equality and women’s sexuality in ‘Mirch’, through a collage of five tales in the movie. He rose to fame after sharing 22 kisses with her co-star and newcomer Aditi Rao Hydari in the romantic thriller movie ‘Yeh Saali Zindagi’ directed by Sudhir Mishra in 2011. He was nominated for ‘Best Actor in a Supporting Role’ at the 18th Screen Awards for his performance.

He starred in Pooja Bhatt’s ‘Jism 2’ opposite Sunny Leone and Randeep Hooda in 2012. In 2014, he acted as Angad Bedi in David Dhawan’s Comedy movie ‘Main Tera Hero’ alongside Varun Dhawan, Ileana D’Cruz and Nargis Fakhri and the supernatural thriller movie ‘Pizza’. He featured in two Emraan Hashmi movies in Ungli (2014) and Mr X (2015) as Steve Rhodes which did not give him much success at the box office. In 2016, he appeared in Vivek Agnihotri controversial autobiographical and directorial movie ‘Buddha in a Traffic Jam’ as a combatant dealing with the issue of Naxalism. This movie puts light on matters like moral policing, college politics and corruption.

His another release named ‘Mohenjo Daro’ directed by Ashutosh Gowariker was released in 2016 which was an epic adventure-romance alongside Hrithik Roshan and Pooja Hegde. In 2018, he featured as a supporting actor in Abhinav Deo directorial ‘Blackmail’. He received many accolades from the audience for his performance in this movie. Arun was also featured in an Indian romantic comedy movie named ‘Love Per Square Foot’ as Kashin Malhotra broadcasted on Netflix.

In May 2018, he disclosed his intentions to get the compilation of his poems, calligraphy and paintings published.

The India Content website has a good stock of images related to Arunoday Singh. The high-definition images are available in three sizes – small, medium and large. 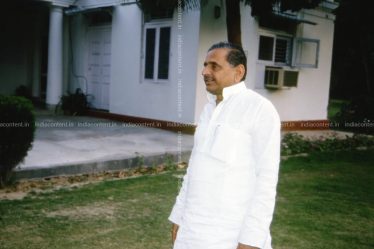