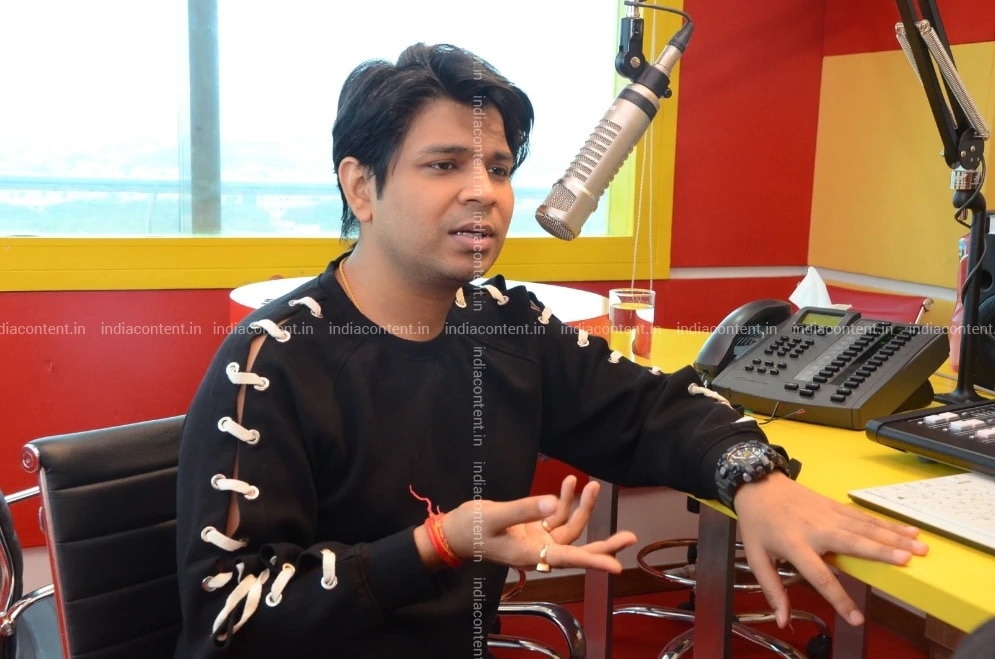 Wishing the best to a distinguished Indian singer and music director of Indian cinema, Ankit Tiwari!

An Indian singer, music director and composer, Ankit Tiwari has stepped into 34th year of his life this year. Hailing from the middle-class Brahmin family, he was born on 6th March 1986 in Kanpur, in the state of Uttar Pradesh. He belongs to the family of singers in which his father Rajendra Kumar Tiwari and mother Suman Tiwari are devotional singers. His parents maintain their own troupe with the name of Raju Suman and Party and stage at various religious confabs. He has one sibling named Ankur Tiwari who is also a music composer.

Ankit did his primary education from Jugal Devi Saraswati Vidya Mandir, Kanpur. He went to National Institute for Education and Research, New Delhi for his further studies and completed his doctorate in music. His leisure interests include cycling, swimming, playing play station and cooking.

At the age of three, his grandfather KN Tiwari trained him in playing dholak and tabla. When he showed interest in singing, his parents enlisted him in a music school where Dada Sen and Shankar Lal Bhatt trained him in singing. He acquired the classical music training under the guidance of Vinod Kumar Dwivedi and rehearsed for nearly 12 hours a day on a regular basis. He is also skilled in piano, dhrupad and western vocals. Besides, he triumphed various local music competitions during his childhood.

On January 19, 2019, Victoria Global University, USA awarded him a doctorate degree at its 18th convocation held at Russian Cultural Center. His most treasured singers include RD Burman, KK, Kishore Kumar, A. R. Rehman and Ricky Martin. His favourite music directors are Laxmikant Pyarelal and Madan Mohan.

Ankit Tiwari instigated his career as a ‘production head’ at a radio station ‘Radio Chaska’ in Gwalior. Later in December 2007, he shifted to Mumbai with his brother Ankur Tiwari to pursue his career. There, he happened to meet Pradeep Sarkar who was working on a film at that time and gave him an opportunity to compose jingles for his movie. He worked on jingles and composed background music for television programmes.

Tiwari got a chance to compose music for Habib Faisal’s directorial debut movie ‘Do Dooni Chaar’ which was released in 2010. He composed the theme song of Saheb, Biwi Aur Gangster for producer Tigmanshu Dhulia and recorded his first song ‘Sahib Bada Hathila’ opposite Vipin Aneja in Bollywood in 2011. In 2012, his next song ‘Sunn Raha Hai’ from Mahesh Bhatt and Mohit Suri directorial movie ‘Aashiqui 2’ received huge recognition in which he narrated alongside the female-voice Shreya Ghoshal. He garnered multiple accolades and nominations for this song.

In 2014, Ankit’s two songs titled as ‘Falsafa Mera Falsafa’ and ‘Jhatak Ke Nacho’ from the film ‘Dee Saturday Night’ were overlooked by the music listeners. Then, he executed the track ‘Kaisa Hai Dard Mera’ composed by Ismail Darbar for Subhash Ghai’s Kaanchi. The movie Samrat & Co.’s two songs titled ‘Sawaalon Mein’ and a party song ‘Tequila Wakila’ were devised by Ankit Tiwari. He also executed the tracks of Himesh Reshammiya’s films – Sheeshe Ka Samundar in The Xpose which was critically acclaimed but Punjabi Mast and Dhoom Dhaam in Action Jackson did not witness recognition.

Tiwari recorded his first song ‘Nillu Nillu’ for the Kannada movie Dil Rangeela composed by Arjun Janya. In 2015, he did composition and recorded the song ‘Katra Katra’ for the movie ‘Alone’ along with Prakriti Kakar and again hooked up for ‘Bheegh Loon’ in Khamoshiyan. Some of his chartbuster songs include ‘Tu Hai Ki Nahi’ from Roy (2015), ‘Sanam Teri Kasam’ from Sanam Teri Kasam (2015), ‘Dil Cheez Tujhe Dedi’ from Airlift (2016) and ‘Tere Liye’ from Sanam Re (2016).

Ankit also made her appearance in music videos like Badtameez (2016), Mehbooba (2018) and ‘Tere Do Naina’ (2019). Lately, he sang ‘Rula Diya’ for the movie Batla House alongside Dhvani Bhanushali.

Ankit Tiwari tied the knot with Pallavi Shukla on 23rd February 2018 who is a Mechanical Engineer. The couple is blessed with a baby girl named Aryaa Tiwari.

Ankit is a co-partner in ‘Brotherhood Entertainment Pvt. Ltd.’, a celebrity management and film production company.

The India Content website has a huge stock of high-quality images related to Ankit Tiwari. The images are available in three sizes – small, medium and large.