Sumeet Sachdev, the Indian actor and architect, celebrated his 44th birthday on 18 March this year.

Sumeet Sachdev was born on 17 March 1976 in Delhi, India. He has a sister Sonya Sachdev and brother Sandeep Sachdev, who was the winner of Sahara One TV’s reality show Biggest Loser Jeetega.

Sachdev attended Don Bosco School in Delhi and graduated in Architecture from Sushant School of Art and Architecture in Gurgaon. During his college days, he also pursued knowledge about producing and directing films as it was a field that he was much passionate about.

Sachdev made a directorial debut with the short film Rehman Saheb Ko Phone Karna Hai. Sachdev’s made his acting debut in Aamir Reza Hussain’s tribute to Kargil war heroes, The Fifty Days War. He later grabbed the role of Sahil Virani in the show Kyunki Saas Bhi Kabhi Bahu Thi, through auditions. However, he was finalised for another role in the same serial, Gautam Virani in which Smriti Irani appeared in the role of his mother. Sachdev’s appearance in the role of Gomzy established him as a popular actor in the Indian Television industry.

His was first seen in a negative role as ‘Rohit’ in Sony TV’s 2002 – 2004 thriller anthology television serial Kya Haadsa Kya Haqeeqat directed by Anurag Basu, Santram Varma and many others. He played the lead male character of ‘Kabir Khan’ in the first Muslim orientated television serial Khwaish, produced by Balaji Telefilms and aired on Sony Entertainment Television from 2007 to 2008. His character of ‘Kabir Khan’ gets killed in few months but Sachdev appeared as another character ‘Kamran’ in the serial.

After a break of one year, Sachdev made a comeback in television through Sony TV’s 2009-2010 serial Pyaar Ka Bandhan, produced by Shobha Kapoor and Ekta Kapoor. In 2009 he was cast in Imagine TV’s soap opera Bandini produced by Ekta Kapoor of Balaji Telefilms. His next appeared in Bindass TV’s 2013-2016 romance anthology series Yeh Hai Aashiqui and Sony Entertainment Television’s 2018 series C.I.D. created by B. P. Singh. His last appearance was as Abhimanyu Raghav (Mani) in StarPlus TV’s drama series Yeh Hain Mohabbatein created by Ekta Kapoor. He did a special appearance in the 2018 Punjabi historical drama film Nankana, directed by Manjeet Maan.

Sachdev won Star Plus ‘Favourite Beta’ title in 2003 and 2004 for his performance in the serial Kyuki Saas Bhi Kabhi Bahu Thi in which Smriti Irani appeared as the mother of the character he played.

Sachdev and his wife Amrita Gujral appeared in the Gold Awards 2015, held at Filmistan, in Mumbai. He walked the red carpet of Star Parivaar Awards 2017, at NSCI Dome in Worli, Mumbai.

On 9 December 2007, Sachdev married Amrita Gujral, the head of International Media Marketing at The Times of India at Gujral’s home town of Chandigarh, India. In September 2018, Gujral suffered an unfortunate miscarriage due to mental anguish and torment due to the harassment she faced from her employer over pregnancy leave when she was five months pregnant. Sachdev filed an online petition against Gujral’s employer for harassment that caused the death of an innocent child.

Sachdev and his wife Gujral recently went through the huge trauma of losing their unborn kid. When asked about the loss, he said that is has been more than a year since the loss of their baby and that it has not been easy at all. He added that Amrita is coping up well and that her father hasn’t been keeping well after the incident. Though things have become tough, Gujral has been handling everything well and they are coping up with the loss.

Sachdev is five days older than his former classmate, Smriti Irani, who played his on-screen mother in Kyunki Saas Bhi Kabhi Bahu Thi. Sachdev, who considers himself to be an introvert, loves to spend time with his family and solve crosswords in his pastime. His favourite travel destination is Abu Dhabi and Istanbul and favourite sports are swimming and water sports. He belongs to the Pisces zodiac sign. He likes to play the piano and has played in one of the episodes of his last TV serial appearance as Abhimanyu Raghav (Mani) in StarPlus TV’s drama series Yeh Hain Mohabbatein.

The India Content website has a good stock of Sumeet Sachdev images. The high-definition images on the website are available in three sizes – small, medium and large. 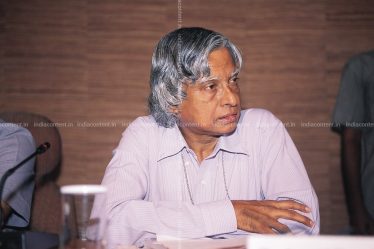