The popular Indian film actress Moon Moon Sen, celebrated her 66th birthday on 28 March this year. Moon Moon is known for her appearances in Bengali, Hindi, Tamil, Telugu, Malayalam, Marathi and Kannada films. She has worked in over 60 films and 40 television series.

Moon Moon Sen was born on 28 March 1954 in a Hindu family in Kolkata to popular Bengali actress Suchitra Sen and Dibanath Sen. Her father Dibanath was the son of Adinath Sen, who was the wealthiest businessmen in Ballygunge Place. Her great grandfather Dinanath Sen was the Diwan/Minister of the Maharaja of Tripura.

Moon Moon attended Loreto Convent School in Shillong and Loreto House School in Calcutta. She graduated from Somerville College in Oxford and post-graduated in Comparative Literature from Jadavpur University in Calcutta.

Moon Moon learnt drawing from the acclaimed painter, Jamini Roy. She was interested in paintings and collecting antiques from an early age. She worked as a teacher at Ballygunge Govt High School for a year and at Chitrabani, a media training institute that focused on film techniques. She was also actively involved in social work and also had an interest in adopting a baby, even before she was married.

Moon Moon started her acting career after marriage and motherhood. She made her debut in Raj N. Sippy’s action thriller Andar Baahar alongside Anil Kapoor, Jackie Shroff and Danny Denzongpa. The daring role she presented in the film made a storm of controversy. Her another hit in the same year was Arabinda Mukherjee’s action-romance film Ajantay starring Anil Chatterjee, Manju Dey and Alpana Goswami. In 1986, she appeared in K. Viswanath hit Telugu romance film Sirivennela alongside Sarvadaman Banerjee, Suhasini, Meena and S. K. Misro. In 1990, she appeared in the role of a bar dancer in Shomu Mukherjee hit action thriller film Pathar Ke Insan starring Vinod Khanna, Sridevi, Jackie Shroff and Poonam Dhillon.

Her top hit in 1991 was Partho Ghosh’s psychological thriller film 100 Days alongside Jackie Shroff, Madhuri Dixit and Javed Jaffrey. The film produced by Jay Mehta in a budget of INR 9.5 million grossed INR 89 million. Her next major hit film was Raju Subramaniam’s 1994 film Zakhmi Dil that grossed INR 210 million. She appeared in the role of Mala, a lead singer of the music company of Jaidev, played by Akshay Kumar. The film also had Ravi Kishan and Ashwini Bhave in lead roles.

Moon Moon has won the Nandi Award for Best Supporting Actress for the role she played in the 1987 film Sirivennela. She has also received the Kalakendra Screen Award, Bharat Nirman Award and Kalakar Awards.

In 1978, Moon Moon married Bharat Dev Varma, a descendant of the erstwhile royal family of Tripura state. They have two daughters, Raima Sen and Riya Sen, who both are actors in the Bollywood and Bengali industry. She has credited her husband in several interviews for supporting in her acting career.

Moon Moon has also appeared in some advertisement modelling projects alone and with her daughters before and after entering the film career. She had modelled for some of the popular advertisements of soap brands in the 1980s. Despite her bohemian image in films Moon Moon is highly religious and is much concerned about her family life. She was highly saddened by the death of her mother Suchitra Sen on 17 January 2014. She did the rituals by immersing the ashes in the Ganges on 29th January 2014, with prayers attended by Bengal Chief Minister Mamata Banerjee along with her close friends and family.

The India Content website has a good stock of Moon Moon Sen images. The high-definition images on the website are available in three sizes – small, medium and large. 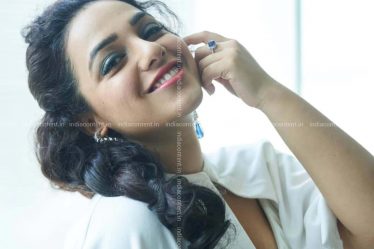