The 46th birthday of Shweta Bachchan Nanda, the Indian author, journalist, host, entrepreneur, designer and former model was on 17th March. Shweta is the daughter of Indian actor Amitabh Bachchan and actress Jaya Bachchan, and sister of actor Abhishek Bachchan.

As Shweta turned a year older many of Amitabh Bachchan’s fans have sent their warm birthday wishes on his Twitter on 17th March. Bachchan has responded with a Tweet thanking all those who wished her daughter on her birthday. As an inherent part of the Bollywood glamour world, Shweta was busy attending various events and occasions along with her family.

Her younger brother Abhishek Bachchan also posted a childhood picture of Shweta and himself with their parents along with the message “Happy Birthday Shwetdi! Have the best year,” He also teases his sister on the throwback photo saying, “Evidence that you’ve been trying to be a fashionista since childhood… The dress!!! Wow!!! Love you.” Shweta also recently posted a picture of herself with her daughter Navya and son Agastya along with a message thanking all for the birthday wishes.

On Abhishek Bachchan’s birthday last month, Shweta has posted a black and white photo from their childhood captioned with the warm message “Forever and a day with you, on a bicycle built for two.”

Shwetha Bachchan was born on 17 March 1974 in Mumbai, Maharashtra. She spends her early childhood years in Mumbai and then shifted to Switzerland where she attended school and did Bachelors’ degree in Journalism. After getting graduated from Switzerland, she returned to Mumbai and joined CNN-IBN Channel as a journalist. She still works as a correspondent journalist with the channel.

She started her career as a model with the French fashion magazine, L’Officiel in 2006. She along with her brother Abhishek Bachchan was featured on the cover of 7th Anniversary edition of L’Officiel India magazine on April 2009.

She made her acting debut as a model for a television advertisement. She recently appeared in a TV commercial of Kalyan Jewellers with her father Amitabh Bachchan. She also hosted an interview series on Next Gen TV with famous personalities in Bollywood. In 2007, Shweta became the leader in the category – Next Generation in NDTV Profit, a business news channel. A series of interviews were broadcast on the channel. She also walked the ramp for India’s top designers like Abu Jani and Sandeep Khosla. She along with her mother Jaya Bachchan and daughter Navya Naveli Nanda was featured in the cover of Vogue India magazine’s August 2017 edition.

Shweta Bachchan, who is has a great interest in reading, has written her first novel ‘Paradise Towers’ which was launched in October 2018 by her parents Amitabh Bachchan and Jaya Bachchan. In April 2007, she along with her mother Jaya Bachchan appeared on the Star World India’s talk show Koffee with Karan hosted by film producer and director Karan Johar. The Indian actress, writer, director, producer, dancer and politician. Hema Malini and her daughter Esha Deol accompanied them in the show. She again appeared on Koffee with Karan – Season 6, along with with with her brother Abhishek Bachchan in January 2009 and another episode in 2010 with his father Amitabh Bachchan.

There were rumours that Shweta was in an affair with actor Hrithik Roshan, though both of them refused it openly. Shwetha has expressed in many interviews that she considers her mother Jaya Bachchan as her role model and motivation in her life and career.

Shweta married Nikhil Nanda, the Chairman and Managing Director of Escorts Group, headquartered in Faridabad, India. Escorts Group is an engineering company that produces agricultural machinery, material handling equipment, machine construction and railway equipment. Nikhil is the son of Rajan Nanda and Ritu Nanda who is the daughter of actor-producer Raj Kapoor. The couple has a daughter Navya Naveli and a son Agastya Nanda. Shweta lives with her parents in Mumbai. She manages to have her own identity and fame despite being the wife of an acclaimed businessman and daughter of famous actors.

In September 2018 she along with India’s distinguished fashion designer Monisha Jaising launched an affordable luxury brand named MxS. Shweta is 172 cm tall and weight approximately 55 kg with a figure of 34-26-35. Her favourite holiday destination is Miami. Her favourite actors are Shah Rukh Khan and Deepika Padukone. She follows Hindu religion though she occasionally visits gurudwaras including the Golden Temple in Amritsar as part of ‘Kar Seva’ along with her brother Abhishek Bachchan and family. Their father Amitabh Bachchan has earlier mentioned in a blog about his inclination towards his Sikh blood and his wish to visit the Golden Temple along with his children. Amitabh Bachchan’s mother Teji Bachchan who was known to be a confidant of Prime Minister Indira Gandhi was from a Sikh family.

The India Content website has a good stock of Shweta Bachchan Nanda images. The high-definition images on the website are available in three sizes – small, medium and large. 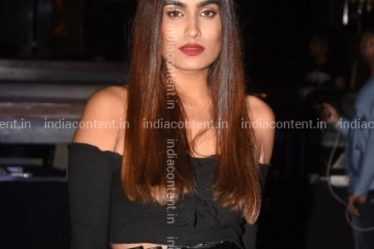