Hamid Ansari who joined the IFS in 1961 had a diplomatic career till 1999. In his career as an IFS officer, Hamid Ansari served as the Indian Ambassador to Australia, Afghanistan, Iran, and Saudi Arabia and also chaired the Permanent Representative of India to the United Nations between 1993 and 1995. Following his retirement from diplomatic career, he served the Vice-Chancellor of the Aligarh Muslim University from 2000 to 2002 and as the Chairman of the National Commission for Minorities from 2006 to 2007. He was elected as the Vice-President of India on 10 August 2007 and was sworn-in at an oath-taking ceremony at Rashtrapati Bhavan on 11 August 2007.  He was re-elected on 7 August 2012 and was the only person after Dr S. Radhakrishnan to get re-elected to the post of Vice President of India.

Hamid Ansari was born on 1 April 1937 in Kolkata, India to Mohammad Abdul Aziz Ansari and Aasiya Begum. His ancestral home was in the city of Ghazipur in Uttar Pradesh, however, he was brought up in Kolkata. He is a grand-nephew of former Indian National Congress president and freedom fighter Mukhtar Ahmed Ansari.

Ansari attended St. Edward’s School in Shimla and graduated from St. Xavier’s College in Calcutta, affiliated to the University of Calcutta. He pursued Master of Arts in Political Science and took Doctorate in Philosophy from the Aligarh Muslim University. After completing his education, he turned his focus onto the Civil Services and cleared the UPSC examinations in 1961 and was allotted the Indian Foreign Services.

In 1993, Hamid Ansari became the Permanent Representative to the UN, New York which he held till 1995. He later served as the Indian High Commissioned to Saudi Arabia from 1995 to 1999. In 1999, he joined as a Visiting Professor at the Centre for West Asian and African Studies in Jawaharlal Nehru University in New Delhi which he continued till 2000. In 2000, he became the Vice-Chancellor of the Aligarh Muslim University in Aligarh. He practised as a Distinguished Fellow at the Observer Research Foundation in New Delhi from 2002 to 2006. He served as a Visiting Professor at the Academy for Third World Studies in Jamia Millia Islamia University in New Delhi from 2003 to 2005. He was a co-chairman of the India-UK Round Table as well as a member of National Security Advisory Board from 2004 to 2006. In 2004 he became the Chairman of the Advisory Committee for Oil Diplomacy in the Ministry of Petroleum and Natural Gas which he held till 2005. He served as the Chairman of the Fifth Statutory National Commission for Minorities from March 2006 to July 2007. On 11th August 2007, he got elected as the Thirteenth Vice President of India and ex-officio Chairman of the Rajya Sabha by defeating the Najma Heptullah of the BJP with a margin of 233 votes. In 11th August 2012, he got re-elected as the Fourteenth Vice President and ex-officio Chairman of the Rajya Sabha against Jaswant Singh of BJP for a margin of 252 votes.

Hamid Ansari married Salma Ansari, fathering two sons and a daughter Nuriya Ansari. He was related to many local political workers in Uttar Pradesh including Afzal Ansari, Sibakatullah Ansari and jailed criminal turned politician Mukhtar Ansari. The books published by Hamid Ansari are Iran Today: 25 years after the Islamic Revolution published by Rupa & Co. in 2005, Teasing Questions: Exploring Disconnects in Contemporary India published by Niyogi Books in 2014, Citizens and Society: Selected Writings published by Rupa & Co. in 2016 and Travelling Through Conflict: Essays on the Politics of West Asia published by Pearson in December 2017. His favourite hobbies are reading and writing and favourite sports are golf and cricket.

The India Content website has a good stock of Mohammed Hamid Ansari images. The high-definition images on the website are available in three sizes – small, medium and large. 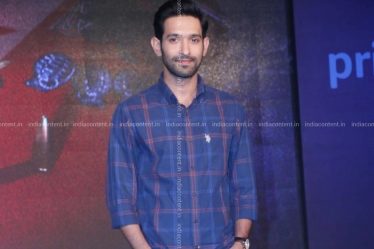 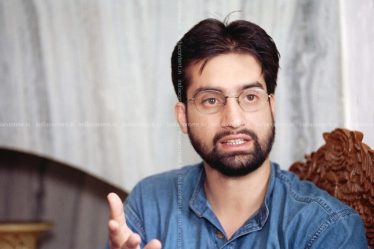