A Defamation case against former Madhya Pradesh Chief Minister and senior Congress Leader Digvijay Singh was announced before Delhi Court for defaming BJP and Bajrang Dal. After declaring the allegations by Digvijay Singh that the Bharatiya Janata Party and Bajrang Dal have been getting money from a Pakistan’s spy agency, ISI (Inter-Services Intelligence), the Bharatiya Janata Party legal affairs bureau filed the Defamation case against him. On October 9, this subject matter was registered before Additional Chief Metropolitan Magistrate Samar Vishal for examination. The BJP legal affairs bureau co-ordinator Mr. Rajesh Kumar submitted the petition.  The solicitor also mentioned that the senior Congress Leader has endeavoured an “indictable offence” causing prejudice to BJP, its leaders and the public by its slanderous words. The statement made by Mr. Digvijay Singh was promulgated on August 30, 2019.

The slang used in the proclamation is highly dishonorable. The prosecuted has caused a travesty to the whole party. Indubitably, the statement that BJP is receiving funds from ISI which is the secret service of Pakistan give rise to erroneous impression in the minds of the general public of India. This agency has always been antagonistic to India and has confirmed its connections with terror attacks in India. The accused person, being a Member of Parliament and being in a position of power, has announced this statement with the sole aim to disgrace and malign the party i.e. BJP, said the complaint filed by the convener Mr. Rajesh Kumar, a BJP member.

The petition said that the comment of the accused has been made in explicit terms to malign the BJP party. The judiciary may take the discernment of the indictable offence committed by the prosecuted person causing harm thereby to the BJP, its leaders and public at large, the petitioner prayed. It is being said that there is no evidence furnished by Mr. Singh on which his affirmations are based. The judiciary has been petitioned to issue summons against the accused person for such illegitimate and unethical offence punishable under section 499 and section 500 (defamation) of IPC. He seems to be an empty barrel and has a background of making contentious declarations without having any grounds, said the complaint, also accusing Singh of being a “repeated offender”. Bajrang Dal national convener Mr. Sohan Solanki called Digvijay Singh an anti-Hindu and said, the Congress leader has disoriented its political pertinence by making such statements. He added that Singh wants to further estrange his Congress. His remarks has hurt the sentiments of several Hindus in the country.

Defamation Case Against Digvijay Singh- All you need to know

Senior Congress Leader Digvijay Singh landed in trouble with his disputable remarks over ISI giving money to BJP and Bajrang Dal. A Defamation case has been lodged against him in Mujaffarpur at the court of CJM Suryakant Tripathi under IPC sections 295 (injuring or defiling the place of worship with intent to insult the religion of any class), 153 (want only giving provocation with intent to cause riot), 504 (intentional insult with intent to provoke breach of the peace) and 506 (punishment for criminal bullying).

A Delhi Court directed senior Congress leader Digvijay Singh to appear before it on April 27 in connection with the defamation case filed by BJP leader and Union Minister Nitin Gadkari against him. After the accused missed to appear in front of the Delhi Court, the Additional Chief Metropolitan Magistrate Samar Vishal nailed the framing of charge on the subject matter on the next day.

Earlier in 2012, Congress leader Digvijay Singh has also purportedly blamed the BJP leader of having business links with his party MP Ajay Sanchetti for which he has already been granted bail by the court. He also claimed that the accused Gadkari was swiping a huge amount of Rs.490 crore in the coal block allocation to Sanchetti. This complaint was revealed by Neeraj. Gadkari has renounced having any business associations with Sanchetti in his declaration registered in the court. He said that he has been bulldozed by Singh with his fallacious and defamatory statements to give the impersonation that he is accountable for the allocation of the coal mines to Sanchetti. According to Gadkari in his petition to the court, Digvijay Singh had levelled defamatory allegations against him to descend his nobility in the public at large. He has wrong intentions to malign and defame his image in other’s eyes.

The congress leader had opposed the charges made by him against the BJP leader.

Earlier, Bharatiya Janta Party had desired a confession from its interim president Sonia Gandhi for connecting BJP with Pakistan. State Forest Minister Umang Singhar communicated to top Congress leadership alleging Singh of trying to undermine the Kamal Nath government in Madhya Pradesh due to which some legislators have dissociated themselves from the former chief minister’s remark. The matter was scheduled for the consideration on September 13 before Muzzafarpur Chief Judicial Magistrate Suryakant Tiwari.

Digvijay Singh has also told reporters that “Non-Muslims are spying for Pakistan’s ISI more than Muslims”. Mind this.

“Accused former Madhya Pradesh chief minister has been summoned for December 21 under Sections 499 and 500 of the India Penal Code to face prosecution for criminal defamation”, Metropolitan Magistrate Sudesh Kumar said. After recording the declaration of two attestants, the court on October 16 had booked its order on the BJP president Nitin Gadkari’s complaint against Singh. The statement of Gadkari and BJP National Secretary Bhupinder Yadav, also a Rajya Sabha MP, has been recorded by the judiciary. They have told that Congress led UPA has been facing a lot of heat responsible for its breaches as brought out by the Comptroller and Auditor General of India in coal blocks allocation. Singh has also been accused for sparking baseless controversies against them to distract the attention from the issue.

A NBW (non-bailable warrant) against former Madhya Pradesh Chief Minister and senior Congress Leader Mr. Digvijay Singh was also announced for not appearing before Telangana court in Hyderabad in connection with a Defamation complaint filed against him by AIMIM (All India Majlis-e-Ittehad-ul-Muslimeen). This non-bailable warrant was issued by the Eighth Additional Chief Metropolitan Magistrate Padmavathi. She released the case for further prosecution on January 3. Digvijay singh was sued by AIMIM leader S A Hussain Anwar in August 2016 asserting that he had disgraced AIMIM chief Asaduddin Owaisi claiming that Hyderabad MP’s party was fighting elections in other states for the sake of minting funds. A notice was issued to Singh and an Editor of Urdu Daily who carried this article seeking apology and consequently moved to the judiciary as they did not respond. Singh failed to appear in the court and also did not registered an appeal seeking exemption from appearance. However, the Editor of the newspaper had submitted the plea for exemption from personal appearance in the judiciary.

If you are looking for pics of Digvijay Singh then you must check the India Content website. You will find many good quality images on the website. The pictures are available in three sizes – small, medium and large. 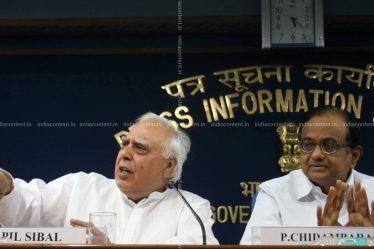