The Lok Nayak of India- Jayaprakash Narayan popularly known as JP was an Indian independence activist, a theorist, a socialist and political leader. He was born on 11th October, 1902. He is also known as the -Hero of Quit India Movement- and he is also remembered for leading the mid-1970s opposition against the Prime Minister Indira Gandhi, for whose overthrow he had called for a –total revolution-. One of his nationalist friends wrote his biography who was also an eminent writer of Hindi Literature. In 1999, he was posthumously awarded with the Bharat Ratna award and the India’s highest civilian award, in recognition of his social work.

Jayaprakash Narayan came from a Kayastha family and was the fourth child of Harsu Dayal and Phul Rani Devi. His father Harsu Dayal was actually a junior official in the Canal Department. When Narayan was just 9 years old he left his village to enroll in grade 7th at the collegiate at Patna. This was his first break from his village life. 18 year old Narayan got married at an early age to Braj Kishore Prasad’s 14 year old daughter Prabhavati Devi In October 1920.

Later, Jayaprakash joined the Bihar Vidyapeeth a college founded by Dr. Rajendra Prasad and became one of the first students of Gandhian Dr. Anugraha Narayan Sinha.

Higher education in the United States

After completing the courses at the Vidyapeeth, Jayaprakash decided to continue his higher studies in the United States. Later, at the age of 20, Jayaprakash sailed aboard through the cargo ship Janus while Prabhavati remained settled at Sabarmati.  After this, Jayaprakash reached California on 8 October 1922 and sought admission to Berkeley in January 1923. Now, to pay for his education, Jayaprakash brought grapes, set them under the sun to dry, packed fruits at one of the  canning factories, even washed dishes, also worked as a mechanic at a garage and at a slaughter house, sold lotions and potions.

If anybody tries to locate the main theme of JP’s thought, he or she may not resist the temptation to point out at his own concept of socialism. Here, as a matter of fact he was primarily a renowned socialist thinker and an activist –Even Mahatma Gandhi regarded him as the one who hold the greatest Indian authority in the field of Indian Socialism. He was a well known and recognized personality. Gandhi once stated that what Jay Prakash knows about Marxism is something that nobody knows.  But before we discuss JP’s socialism, let us understand what socialism means: Socialism is concerned with the society or to collective life. It is somehow regarded as the product of the injustice of the capitalist system. It can be regarded as a revolt against the exploitation of man to a man himself. At the same time it is a protest against the building of an economic and social system on the incentive of profit.

JP took initiative and volunteered in the foundation of the Indian Socialist Party on May 17, 1934. Here are some attempts that have been made by Scholars to divide JP’s Socialist ideology and commitment into three or more broad phases –

(iii) And, Gandhian phase after then –

The extreme urge of mind for freedom of humanity, JP undertook the Marxian Ideology for accomplishing his goal. He said that, Socialism is such a wide subject that it is impossible to cover in a short chapter of a book. He explained his very own concept of socialism in his article -Ideological Problems of Socialism-. In his book -Why socialism- he actually advanced his arguments for adopting socialism for the country. He made a comparative analysis of the socio-economic conditions of India, which can be further discussed as:

(a) Inequality in the present Society- JP noticed that the first thing that strikes us is the inequality… Inequality -of rank or culture,  Inequality – of opportunity, Inequality -a most disconcertingly unequal distribution o f the good things o f life, Inequality –of  ignorance for the overwhelming many things like Comfort, luxury, culture, position, power etc.

(b) Unequal Distribution of Wealth in the society- JP never admitted that inequality is due to difference in caliber and he literally argued on this question. He said, what about the wealth of those who acquired it by mere inheritance? Therefore he was of the opinion that wealth was distributed unequally in the society.

(c) Accumulation and Concentration of Wealth and its Exploitation- JP further explained that the poverty in the Indian Society is due to the fact that the means of production for eg. tools, materials, land etc., are not in their hands or are very limited. The people are not able to work for them or they no longer have free access to nature in many cases as they are not the real masters of their tools and thus they are not able to keep all they produce for themselves.

JP described -Sarvodaya- as one of the higher forms of socialism and hoped that a day shall definitely come when the two would become one. He stated that he was quite confident that if the world were ever to reach the port of peace and freedom and brotherhood, socialism should and must eventually merge into Sarvodaya

JP along with the other Gandhians came to the conclusion that self-realisation is not just an objective lesson (one like- Marxist) but the objective conditions are surely to be realized by a man with higher degree of self education leading to greater self control.

If you are looking for Jayaprakash Narayan Birth Anniversary pics then you must check the India Content website. You will find some good images on the website. The pictures are available in three sizes—small, medium and large. 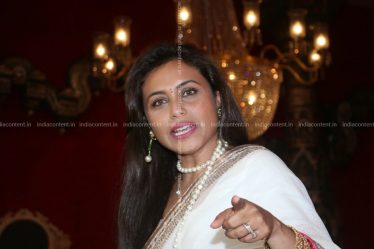