Satyajit Ray was a Bengali filmmaker, screenwriter, music composer, graphic artist, lyricist, writer, and illustrator who brought global attention to Indian cinema with his masterpiece Pather Panchali (1955; The Song of the Road) and its sequels. 23rd April 2020 was celebrated as the 28th death anniversary of the Honorary Oscar-winning director.

Satyajit Ray was born on 2nd May 1921 to Sukumar and Suprabha Ray in Calcutta, West Bengal. Sukumar Ray was a pioneering writer, illustrator and a critic. He specialised in nonsense rhymes (Abol Tabol) and children’s literature. Satyajit Ray was the only child and after the death of his father in 1923, was raised by his mother. Majority of Ray’s childhood was spent growing up in Calcutta where he entered a government school and majored in Bengali. He then studied at the Presidency College, one of Calcutta’s leading colleges, and majored in English. He graduated in 1940, with a fluency in both languages. He always had a knack for art and illustration, as inherited from his father and grandfather. In 1940, through the encouragement and support of his mother, Satyajit attended art school at Shantiniketan, Rabindranath Tagore’s rural university outside Calcutta. This is where Ray was exposed to the Indian way of thinking along with an influence of other Eastern art. Ray, whose interests had been exclusively urban and Western-oriented, used the exposure from Shantiniketan and explored a deeper appreciation for the Eastern and the Western culture, an amalgamation that colours his cinematic art.

After his stint in Shantiniketan, Ray joined a British-owned advertising agency in 1943 and raised through the ranks as an art director. Alongside, he worked as a commercial illustrator for a leading publication house and became one of India’s most sought after typographer and book-jacket designer. This is where he was introduced to the novel Pather Panchali by Bibhuti Bhushan Banarjee and he saw the cinematic potential of the movie. In 1949, Jean Renoir, a french director, visited Bengal to shoot his film The River. His interaction with the director encouraged him to try filmmaking. Another driving force of inspiration for Ray was the success of The Bicycle Thief, a film by Vittorio De Sica in 1948. The film with its downbeat story and its economy of means convinced Ray to attempt the film Pather Panchali.

Satyajit Ray’s iconic cinema career started with Pather Panchali, which took a total of two-and-a-half years to complete and it turned out to be a complete commercial and critical success. It managed to make an impact in the West when it won a major award at the 1956 Cannes International Film Festival, which encouraged Ray to make the sequels – Aparajito (1956) and Apur Sansar (1959). After the success of the Apu trilogy, Ray made an effort not to repeat himself and started to make films that explored various moods, milieu, periods and genres which also included documentary films like Rabindranath Tagore (1961) and The Inner Eye (1972). Some of Ray’s finest were based on works by Rabindranath Tagore which included movies like Charulata (1964), Teen Kanya (1961) and Ghare Baire (1984). Ray’s films that explored Hindu Orthodoxy and feudal values include Jalsaghar (1958), Devi (1960), Sadgati (1980) and Kanchenjungha (1962). Films like Parash Pathar (1957) and musical Goopy Gyne Bagha Byne (1969) were evidence of the presence of humour. His first Hindi Language film was Shatranj Ke Khilari (1977) which explores the subject of western influence on India.

The rest of Ray’s major work is based on the stories of modern Calcutta and its people like Aranyer Din Ratri (1970), Mahanagar (1963) and a trilogy of films — Pratidwandi (1970), Seemabaddha (1971), and Jana Aranya (1975). Other notable works include Pikoo (1980), Ganashatru (1989), Shakha Prashakha (1990), Agantuk (1991). Ray had always been an avid filmgoer and this interest in global cinema encouraged him to write screenplays and cofound the Calcutta Film Society.

Satyajit Ray has received many awards on both national and international platforms. Ray has been honoured with the highest civilian award, Bharat Ratna, along with Padma Bhushan, Padma Vibhushan and Padma Shri by the Government of India. Additionally, Ray is a recipient of the 32 National Film Awards by the Government of India along with the Dadasaheb Phalke Award in 1985. Internationally, Ray has many awards and titles to his name. At the 11th Moscow International Film Festival held in 1979, he was awarded an Honorable award for his contribution to cinema. He is one of the only four filmmakers all over the world to win the Silver Bear for Best Director at the Berlin International Film Festival multiple times. In 1982, at the Venice Film Festival, he was awarded the Golden Lion Honorary Award and in the same year, he won an honorary “Hommage à Satyajit Ray” award at the Cannes Film Festival.

After Charlie Chaplin, Ray is the second film personality to receive an honorary doctorate from Oxford University. In 1987, the Legion of Honor was conferred upon him by the President of France. In 1992, the Academy of Motion Picture Arts and Sciences awarded Ray an Honorary Oscar for Lifetime Achievement which was presented to him by one of his favourite actresses, Audrey Hepburn. He was posthumously awarded the Akira Kurosawa Award for Lifetime Achievement in directing in 1992 at the San Francisco International Film Festival.

With an ancestry that can be traced back to a minimum of ten generations, we can see how creativity trickles in the Ray genes. Upendrakishore Ray, Satyajit’s grandfather, was an illustrator, writer, philosopher, publisher, amateur astronomer and a pacesetter of Brahmo Samaj in the nineteenth century. The family acquired their name ‘Ray’ (originally ‘Rai’) from the Mughals and they are Bengali Kayasthas and ‘Vaishnavas’.

Ray founded the Calcutta Film Society in 1947 along with friends and acquaintances that included Chidananda Dasgupta. It was here that they screened foreign films, many of which Ray watched and studied closely. During World War II, in an attempt to know about the newest American films, he befriended the American GIs stationed in Calcutta. This is where he came in contact with an RAF employee, Norman Clare, who shared Ray’s passion for films, chess and western serious music.

In 1949, Ray married Bijoya Das, his cousin and long-time sweetheart. The couple had a son, Sandip Ray, who is now a movie director. In 1950, D.J. Keymer sent Ray to London to work at its headquarters office for six months. During this time, Ray watched 99 films among which was the neorealist film Ladri di biciclette (Bicycle Thieves) (1948) by Vittorio De Sica, which confirmed his conviction in Pather Panchali.

He was one of the most distinguished connoisseurs of Western Classical Music in India and had a youthful infatuation with Beethoven. Ray was a workaholic, heavy-smoker and a teetotaler and he worked almost 12 hours a day. He was a collector of archival, antique materials, manuscripts, rare gramophone records, paintings and rare books.

Ray suffered a heart attack while he was working on his film Ghare Baire which severely impacted the next 9 years of his life professionally. Ghare Baire was completed in 1984 with the help of Ray’s son, Sandip Ray, who operated the camera. Agantuk, Ray’s last film, was about a long-lost uncle whose arrival to meet his niece in Calcutta arouses suspicion. In 1992, Ray’s health deteriorated due to heart complications and he was admitted to a hospital, but he never recovered. Twenty-four days before his death, Ray accepted the honorary Academy award in a gravely ill condition. He took his last breath on 23 April 1992. The city of Calcutta came to a virtual standstill as soon as the news of his death spread, as hundreds of thousands of people gathered around his house to pay their last respects.

Satyajit Ray won an Honorary Academy Award from The Academy of Motion Picture Arts and Sciences awarded Ray in 1992 for Lifetime Achievement. Audrey Hepburn, one of Ray’s favourite actresses, Audrey Hepburn represented the Academy on that day in Calcutta. Ray was hospitalised at the time and was unable to attend the ceremony due to his illness. He gave his acceptance speech to the Academy via a live video feed from the hospital bed. He described the achievement by calling it the “Best achievement of [his] movie-making career.”

Two of the most popular fictional characters in Bengali literature were created by Ray—Feluda, a detective, and Professor Shonku, a scientist. Ray also wrote a collection of nonsense verse, which includes a translation of “Jabberwocky” by Lewis Carroll, named Today Bandha Ghorar Dim. He wrote a collection of humorous stories in Bengali based on the tales of Mullah Nasiruddin. Ray’s interest in puzzles and puns is reflected in his stories and they gave full rein to his interest in suspense that he avoided in film, making for a stimulating psychological study. Most of his screenplays were published in Bengali and can be found in the literary journal Eksan. An autobiography about his childhood, Jakhan Choto Chilam (1982) has been translated into English as Childhood Days. While filming the Apu Trilogy, Ray penned his experiences in his memoirs titled My Years with Apu: A Memoir. He explored the world of cinema through words and wrote essays on film, published as the collections: Our Films, Their Films (1976), Bishoy Chalachchitra (1976), and Ekei Bole Shooting (1979) which were published in English in the mid-1990s.

India Content website has a good stock of Satyajit Ray images. The high-definition images on the website are available in three sizes – small, medium and large. 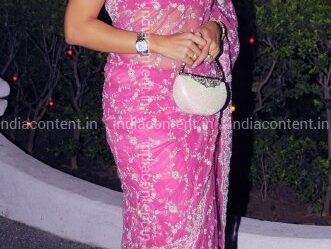