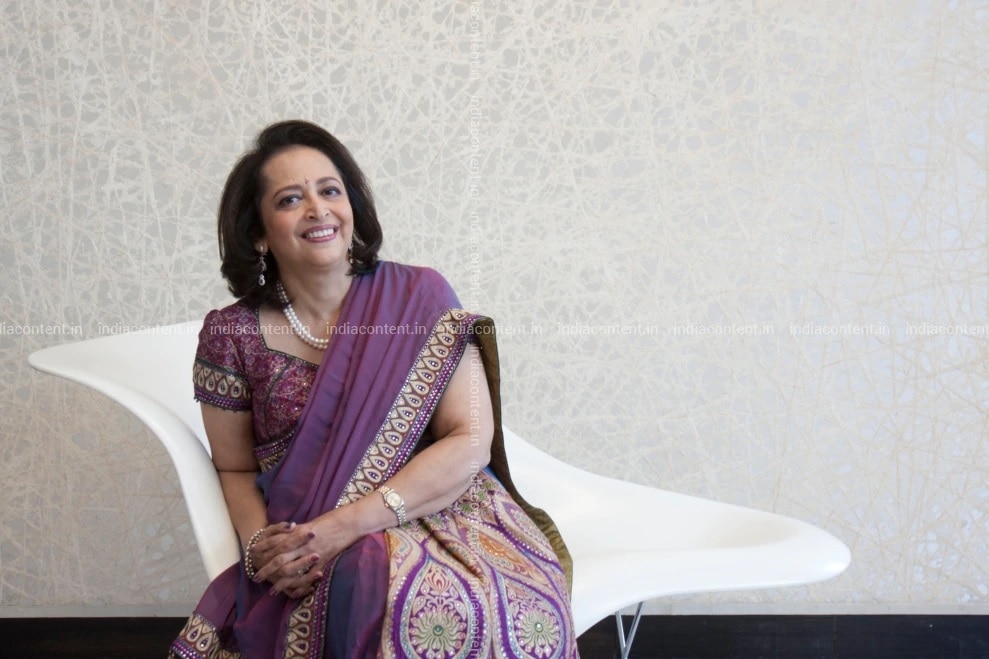 Padma Shree Awardee, Dr Swati Piramal celebrated her 64th birthday on 28March 2020. She is one of India’s leading scientists who has made revolutionary contributions to innovations in pharmaceuticals and public health services. She is also the Vice Chairperson of Piramal Group, an Indian business conglomerate with contribution in fields such as Pharma, Healthcare Information Management, Financial Services, Glass Packaging and Real Estate.

On 28 March 1956 in Mumbai, Maharashtra, Swati Shah was born to Niranjan Shah, a Gujarati businessman from Ahmedabad, Gujarat dealing in Textiles. Her mom Arunika Shah is a Cordon Bleu chef. She did her schooling from Walsingham House School in Mumbai and graduation from St. Xavier’s College, Mumbai. She did her MBBS from Mumbai University, Diploma in Industrial Medicine form College of Physicians and Surgeons of Mumbai and Master’s in Public Health from Harvard T.H. Chan School of Public Health, Boston, USA.

In her career spanning over 3 decades, Dr Piramal has closely worked on advances in the field of prevention of chronic diseases like diabetes, arthritis and diseases related to heart ailments and has major contributions in the field of discovery research. Under her leadership, Piramal Group has been granted over 200 patents in medicine.

She is involved in innovating and establishing avenues to promote primary healthcare in rural areas of the country through Health Management and Research Institute (HMRI). She has been a vital force in driving a mobile health service, women empowerment projects and enabling transformation of India’s public education system through the Piramal Gandhi Fellowship Programme to empower the country’s future.

Dr Piramal laid the foundation of the Gopikrishna Piramal Memorial Hospital in Mumbai and was instrumental in launching several pan-India public health campaigns against chronic diseases like osteoporosis, malaria, tuberculosis, epilepsy and polio. She developed Mumbai’s first-of-its-kind Sports-medicine Centre in the Gopikrishna Piramal Memorial Hospital that was dedicated to the treatment of arthritis in disabled children and the elderly. She started a prevention of Osteoporosis Programme – Ostop India, and a Field Detection Centre for the detection of diabetes & epilepsy. She has penned a book on nutrition for patients suffering from kidney diseases. She also headed a project by Piramal Group in developing a library of microbacteria, plants and fungi with over 50,000 specimens, which was later donated to the National Institute of Science.

She has been instrumental in setting a high benchmark for women leadership in India. She was appointed as the First Woman President of India’s Apex Chamber of Commerce (ASSOCHAM), in 90 years. She has driven major policy changes under her leadership that have helped reduce the burden of diseases and her strong influence on important public policies and governance related to healthcare has been appreciated by many.

She is an integral member of Boards of various companies across healthcare, financial services, manufacturing and service companies as well as recognised educational institutions across the globe like Harvard Business School, Harvard School of Public Health and IIT Bombay. From 2012-2014, she served as the non-executive director of the ICICI bank. Additionally, Dr Piramal has served on the Scientific Advisory Council and the Council of Trade of the Prime Minister of India.

Her portfolio of national and international recognitions is impressive. In 2019, she was conferred with Business Leader of the Year Award – Hello Hall of Fame Awards. In 2018, she was presented with First Ladies Awards by the President of India. In 2016, she won the Woman of the Year Award for her outstanding contributions to society in the Medical field – IMC Ladies’ Wing. In 2015, she featured in the LinkedIn Power Profile 2015 list for most viewed CEOs in India. In 2014, she was conferred with Kelvinator Stree Shakti Women Achievers Award by Colors. In 2012, she won quite a few awards – she was presented with Padma Shri, 4th Highest Civilian Honour, by the President of India; Alumni Awards of Merit, the Highest Award bestowed upon a Harvard Alumni – Harvard T.H. Chan School of Public Health; Lotus Award for Leadership and Philanthropy in New York – Children’s Hope India. She was also inducted into the Fortune India Hall of Fame of Most Powerful Women in 2012. In 2011, she was awarded by Hon. President of India for contributions to better Corporate Governance and Global Empowerment Award – UK by Her Royal Highness, the Duchess of Kent. Between the year 2003 and 2011, she was nominated 8 times in succession as one of the 25 Most Powerful Women in India by Business Today.

In 2010, she was awarded the Distinguished Industrialist Award for outstanding contributions to the Pharmaceutical Industry by Vellore Institute of Technology. In 2008, she won the Distinguished Scientist Oration and in 2007, Rajiv Gandhi Foundation awarded her the Rajiv Gandhi Award for Outstanding Woman Achiever. In 2006, she was awarded by Prime Minister of India for contributions in the field of Science and Technology; she was granted ‘Chevalier de l’Ordre National du Merite’ (Knight of the Order of Merit) one of France’s Highest Honours for Medicine and Trade. She even won the Chemtech Pharma Award by Biotech Industries in 2006 and the Lucknow National Leadership Award – Lakshmipat Singhania-IIM, Lucknow. She was also the Management Women Achiever of the Year which was awarded by Bombay Management Association (2005-2004).

In 1976, Dr Swati Piramal got married to business tycoon, Ajay Piramal, the Chairman of Piramal Group. She has been a big motivating force in the success of the Piramal Group as she was instrumental in convincing her husband to take the risk and make the move from the textile business to pharmaceutical business by acquiring ‘Nicholas Laboratories’, which was later renamed ‘Nicholas Piramal. Together they have two children, son Anand Piramal and daughter Nandini Piramal. Her son Anand Piramal is the executive director of ‘Piramal Realty’ and her daughter Nandini manages the Human Resources department of the Piramal Group. In 2018, Anand Piramal married Mukesh Ambani’s daughter, Isha Ambani, converting their close friendship to family relations.

The India Content website has a good stock of Swati Piramal images. The high-definition images on the website are available in three sizes – small, medium and large.