A renowned Indian model, singer and actress Sherlyn Chopra, known for her performance in Bollywood and world-famous magazine Playboy, celebrated her 36th birthday this year. She was born as Mona Chopra on 11th February 1984 in the house of George Amitabh Chopra who was a doctor and Susan Chopra in Hyderabad, Telangana, India. Her father was a Christian and her mother was a Muslim. She has one sister Sharon Chopra who is an anchor and DJ and one brother Amitabh Chopra. She went to Stanley Girls High School for her studies and later attended Saint Ann’s College for Women for her graduation in Secunderabad. Her leisure interest includes reading and travelling. She bagged the title of ‘Miss Andhra Contest’ during her bachelors. Pretty Women and Sophie’s Choice are her two best-loved movies. She enjoys eating chicken biryani, ragi wafers and boiled corns.

The scintillating and gorgeous actress, Sherlyn Chopra is the foremost Indian woman having posed nude for a magazine. She has a huge list of her treasured actors and actresses like Salman Khan, Shahrukh Khan, Hugh Jackman, Russell Crowe, Samuel L. Jackson, Will Smith, Aamir Khan and Ritesh Deshmukh and some of her preferred actors and Vidya Balan, Julia Roberts, Meryl Streep, Emma Watson and Sushmita Sen are amongst her ideals.

Sherlyn has anchored in the sixth season of the TV series MTV Splitsvilla – Season 6. In 2009, she played a part, in reality show Big Boss and was ejected on 27th day from the house. In the year 2013, she released her music single called – Bad Girl.

Sherlyn instigated her acting career in Bollywood with few Hindi movies which include Time Pass, Red Swastik and Game. She made her first onscreen performance in Telugu film – A Film by Arvind which was a super-hit at the box-office. In 2013, Rupesh Paul directorial Kamasutra 3D featured Sherlyn as the lead proponent. She was also visible in the trailer released at the 66th Cannes International Film Festival. She disclosed to media in June 2016 that she was not engaged in the project anymore.

She put her endeavours in portraying herself as a serious artist, released her first music album and performed a cameo role in a Yashraj Film.

Sherlyn landed in controversy by promulgating that she had slept with many for money in the past. She also asserted the ownership of highest civilian award ‘Bharat Ratna’. Her one night stand with Playboy magazine head honcho, Hugh Hefner was a piece of gossip which she rebuffed.

She booked a legal suit against the director Rupesh Paul for financial scam and stepped out of the movie.

As far as her personal life is concerned, there is no mister right for this hot and sexy lady. She is still looking for her dream partner.

Sherlyn has got into a lot of debates due to rumours and gained media’s attention. She is recognised as the ‘scandal queen’ and is also rumoured to have plastic surgery done.

Sherlyn Chopra has a huge number of followers. Anyone can find her on Facebook where she generally uploads her pictures. There are different social media platforms that have encompassed short biography and news on her which help her fans know her better. There are a number of her hot and sexy pictures on the internet that shows her perfect bikini body.

In an interview with Filmy Cinema, this is what she said about her family, “Maybe from my childhood…. My mother has never cooperated with me. My family has always tried to suppress me. They used to think I am worthless, and like many other girls, I would simply get married and stay at home.

My father always stood out amongst such negative thinkers. He always felt that I had a spark. I used to be a high-performer in all areas in school. So it is quite evident that when you try to suppress a topper, s/he is bound to rebel.

She is a very demanding personality and has even got her some parts waxed from her ex-boyfriend with a vision to wear a skimpy bikini.

The India Content website has a huge stock of high-quality images related to Sherlyn Chopra from several shoots, shows and various other events. The images are available in three sizes – small, medium and large. 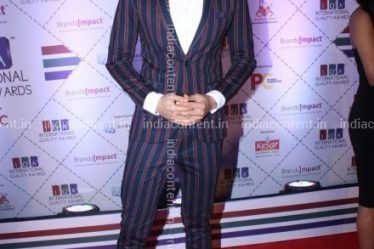