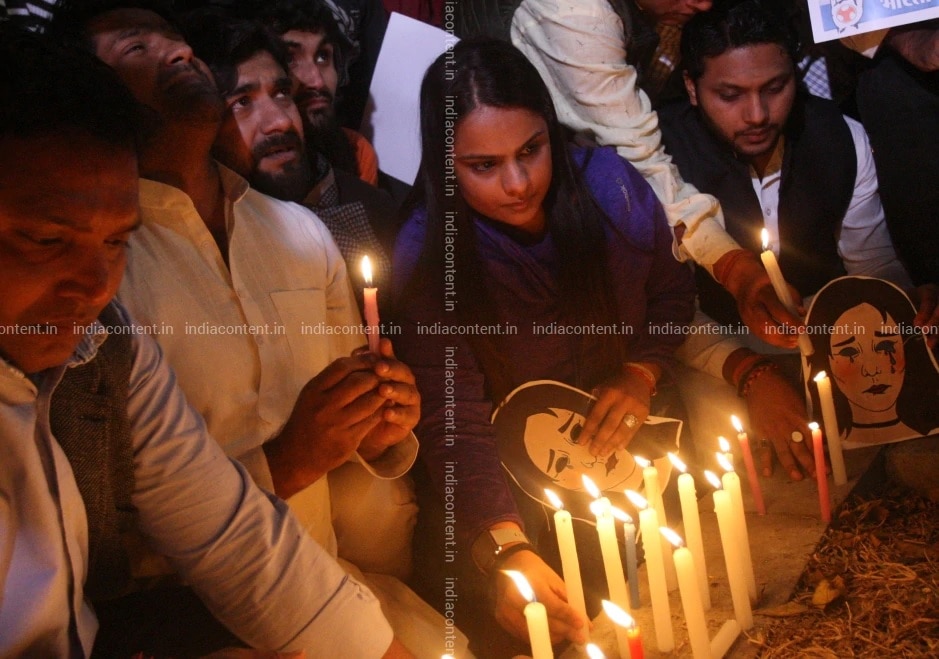 The 23-year old Unnao rape case survivor was set ablaze on Thursday, December 5 by an accused who was out on bail. She died on the night of December 6 at Delhi’s Safdarjung Hospital after battling for life for almost 40 hours.

The woman was attacked outside the Sindupur village in Unnao district when she was on her way to a court in Rae Bareli to attend a hearing in the rape case.

The UP Police in a tweet earlier had said the victim filed a case in March this year alleging that she was raped between December 12, 2018, and January 19, by one of the accused on the pretext that he would marry her.

In her statement to the magistrate, she alleged that the accused – Shivam and Shubham Trivedi – had kidnapped and raped her in December 2018.

According to the Police, the prime accused, Shubham, was released on bail 10 days ago, while the probe in the matter was still on.

Shubham allegedly started following and threatening the victim immediately after getting bail.

The victim and her family visited a police station near Sindupur village in Unnao many times but the police didn’t pay heed to their complaints.

This week, the victim was on her way to a Rae Bareli court when she was abducted by five men – Harishankar Trivedi, Umesh Bajpai, Ram Kishore Trivedi, Shivam and Shubham Trivedi.

As per the sources, one of these five men is the son of the village Pradhan against whom the woman had lodged a rape complaint.

The victim’s family had alleged that their relatives have been getting death threats for pursuing the case.

When the victim was on her way to a court in Rae Bareli, the five men thrashed her and then drenched her with kerosene oil to set her on fire.

The survivor ran for almost one km for help, took someone’s mobile phone to inform police about the incident.

The woman was walking to the nearby railway station when the group ambushed her and took her to a field outside the village and poured petrol on her.

The police arrived soon and found her in a severely burnt condition.

The victim, who suffered 90 per cent burns in the incident, was admitted to a local hospital in Lucknow.

On Thursday, Uttar Pradesh Chief Minister Yogi Adityanath said the government would bear all expenses for treatment of the victim.

He even ordered Director General of Police to thoroughly investigate the matter and asked senior police and state administration officials to visit the spot where the victim was burned alive, and submit a report by Thursday evening.

The UP CM also asked the police to ensure strict action against the guilty and ensure their conviction in court.

On Thursday, the victim was brought to Safdarjung Hospital in the national capital for medical treatment by an air ambulance.

A green corridor was provided by the Delhi Traffic Police for the ambulance from Delhi airport to Safdarjung Hospital.

Safdarjung Hospital said on Friday night that the next 24-48 hours were really critical for her. She was kept on a ventilator.

Before the victim was put on ventilator on Friday, she told her family that she doesn’t want to die and wants to see the accused sentenced to death.

However, the victim died following a cardiac arrest at 11.40 pm on Friday night.

The India Content website for images related to Unnao Rape Case. The pictures are available in three sizes – small, medium and large.