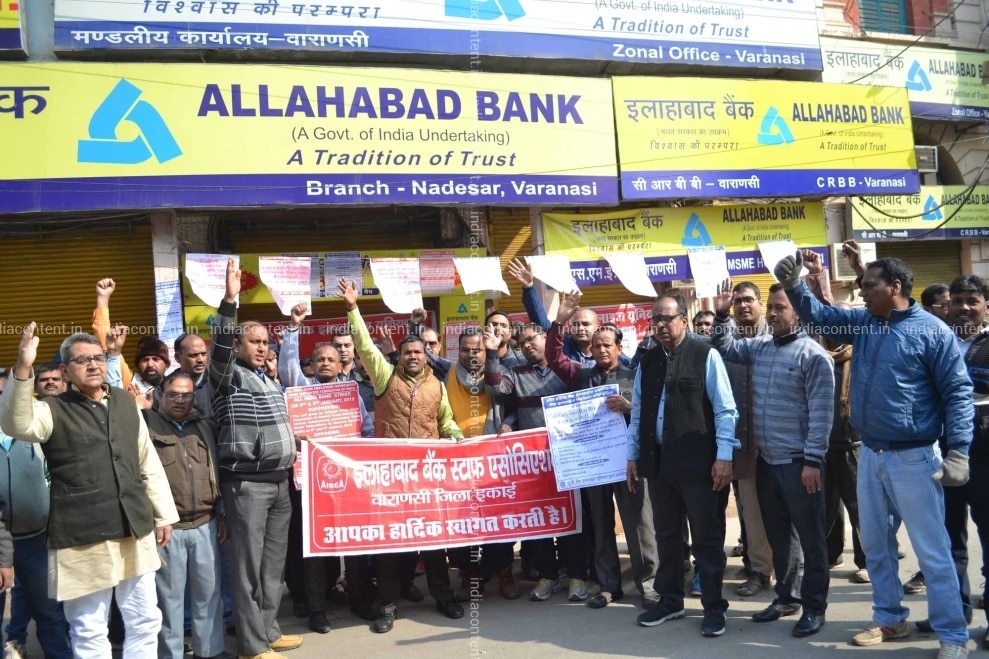 Several Bank Unions staged Dharna on December 10th before Parliament against the government’s judgement for proposed amalgamation of 10 public sector banks to halt ‘anti-people’ banking reforms, to assure the recovery of bad loans and several other controversies.

The demand of Bank Unions

To formulate less and secure global sized banks, the government had declared its plan to amalgamate 10 public sector lenders into four in August. Regardless of antagonistic associations, the government has been following the merger policy of PSB lenders.

Bank Union had stated that mergers practice in the country has shown the non-accumulation of profit to any of the stakeholder. On the contrary, it will lead to a rise in the non-employment of millions of people directly as well as indirectly. A big number of subsidiaries would be shut which will affect the common man in the name of rationalisation of subsidiaries. Punjab & Maharashtra Co-operative Bank account holders exhibit placards as they protest outside the RBI building over the bank’s crisis.

The government has publicised four new sets of amalgamation of state-run banks which includes Punjab National Bank acquiring Oriental Bank of Commerce and United Bank of India, Syndicate Bank amalgamating with Canara Bank, Union Bank of India will consolidate with Andhra Bank and Corporation Bank; and Indian Bank will merge with Allahabad Bank.

The Union employees stated that the poor and the needy would surely dispossess the affordable banking posterior to the merger of state-run banks. The banks will be more focussed towards the common people in solving merger-related complications rather than the recovery of bad loans. It will create a monopolistic situation and hurt the interest of the common man. The cost of banking services is constrained to rise in the near future.

Bank employees affiliated to AIBEA also went on a one-day nationwide strike to revolt against the consolidation of state-run banks.

AIBEA General Secretary Ch Venkatachalam promulgated the demands of the Bank unions across the nations. He said that the bank mergers, banking reforms, harassing customers with penal charges, rise in service charges, rise in the interest rate on bank deposits and attack on jobs should be blocked. Instead, they should ensure the recovery of bad loans, take stringent actions against defaulters and adequate recruitment should be done in all the banks. The ministry should prioritise the nation’s economy who is presently facing a severe slowdown. Although banks can play a significant role in the up-gradation of the economy, the ministry is focusing on the PSB mergers, large scale closure of subsidiaries, diversion of attention from bad loans recovery, reduction in interest on deposits, levying more service and penal charges on ordinary banking public, he added.

Rigorous measures should be taken for the restoration of bad loans. The banks are being pressurised by the Central government to clear up the bad loans by way of charging heavy concessions. Hence, banks are losing their hard-earned benefits towards provisions of these bad loans of the Corporates.

UFBU had addressed the Mass Dharna before the Parliament to put the light on these problems and demanded curative actions, the AIBEA General Secretary said. All the Central Trade Unions had also participated in the Dharna and extended their support. Several political parties had also visited the site and requested the public to support the demands.

The India Content website has a good stock of images related to the Bank Union Dharna. The high-quality images on the website are available in three sizes-small, medium and large. 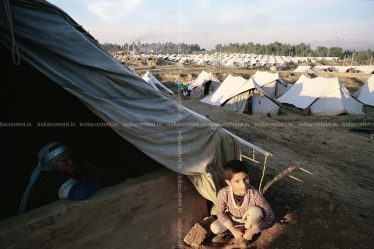 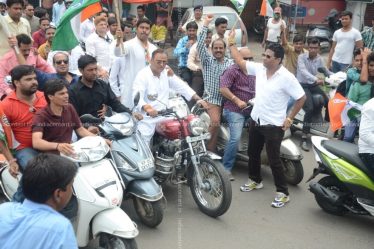