Tokyo in Japan is hosting the 32nd Summer Olympics in 2020 which can be proven as the best ever Olympics in the history of Indian sports.

India started participating in 1900 Summer Olympics in Paris. The Indian athletes have been participating almost in every variant of Summer Olympics since 1920. This year, 2020 Summer Olympics is being held in Tokyo where Indian athletes are also booked from 24 July to 9 August, 2020. World’s gigantic sporting event, the Olympics being held in Tokyo is in public’s sight. With the stopwatch ticking for quadrennial sporting pageant shortly, India has again pulled up their socks with new aspirations and yearnings to raise their flag of pride. India is intending to send over 100 sportspersons whereas only 54 Indian sportspersons, including two teams have so far qualified for Tokyo 2020 as part of the pageant. In terms of raking medals, India was not able to give good performance in Rio Olympics 2016 but women athletes triumphed the public hearts with their plays. With the upcoming 2020 Summer Olympics in Tokyo, women athletes of India are all set for the podium finish.

India assures to be a sporting marvel in Japan hosting the second modern 2020 Summer Olympics games. Few women athletes qualified for the multi-sport event in 2020 are as follows:

Apurvi Chandela has been able to spot for India in the 10-metre air rifle event. She was ranked fourth at ISSF (International Sport Shooting Federation) World cup stage in South Korea in the finals and also made a place for herself in Tokyo. She has bagged gold at the Munich stage of the World Cup and bronze at 2018 Commonwealth games.

Manu Bhaker has already concluded spot for 10 metre air at the Munich stage of ISSF World cup in 2019. This 17-year old shooter has secured gold medals in Youth Olympics and Common wealth games. Besides the individual event, she will also be participating in the mixed shooting event along with 17-year old Saurabh Chaudhary. Both have triumphed in the World cup.

At 2019 ISSF World cup in Rio de Janiero, she conquered the gold in 10-metre air pistol event and ensured her spot at the Olympic pageant. She has also been ranked fourth in the world’s rankings for women’s air pistol.

Vinesh Phogat, 27, is one of the India’s greatest aspirations for medals who became the first Indian wrestler for Olympic spot in Tokyo. After beating world number one US wrestler Sarah Hildebrandt 8-2 at the World Wrestling Championship in Nur Sultan, Kazakhstan, she secured this berth. She has become the fourth Indian woman after beating two time Bronze medalist Prevolaraki in World Championship.

Anjum has become the first Indian woman to triumph a World Cup silver medal in the 10 metre air rifle event. After her presentation at the World Cup, the 25-year old has secured the second position in the world rankings.

Many firsts are associated with Rahi’s name. She has also become first India’s Olympic quota spot by winning gold in the 25-metre air pistol shooting event at ISSF World Cup held in Munich. She hails from Kolhapur and is being trained in Pune. She is employed as a Deputy collector with the state’s revenue department.

According to the Japan’s National Sports Agency, the Olympic medalists will be exempted from the tax being charged on additional prize money, effective from next year’s Tokyo hosted event. This year, the maximum prize money an athlete can receive from sports federation will also be raised. The gold, silver and bronze medals bestowed on the sportspersons at the Olympic and Paralympic games let Japan to show the honor for the athletes and exhibit its culture and beauty to the rest of the world. The actual reward amount differs per sports federation.

In the history of Olympic and Paralympic games, Tokyo 2020 has become the first country in the world that has involved all the citizens of the country in the production of valuable medals using recycled metals. The Tokyo Organising Committee of the Olympic and Paralympic games administered the ‘Tokyo 2020 Medal Project’ to gather small electronic devices from all over Japan. Tokyo 2020 also floated a medal design competition to invite the public for submitting the ideas for the medals. They used 80,000 tons of recycled mobile phones and electronics for the procurement of medals.

Tokyo 2020 reported that after the two years of donations drive, 100% of the metals used to make the sparkling awards would be extracted from the materials found in the donated electronics. This nationwide electronics drive will also give a boost to environment friendliness and create a sustainable society. A Japanese mascot will also be awarded to the winner along with the medal in order to honor him.

Financial assistance will be provided to every Indian sportsperson by Sports Ministry who has contested at an international level, India’s Sports Minister Kiren Rijiju said. Rijiju has also revealed its plan for building ‘India House’ in Tokyo to support the country’s Olympic preparation. According to him, all the athletes will be transferred the prize money after returning from the tournament.

India Content has a good stock of Tokyo Olympics 2020 images. The pictures are available in three sizes—small, medium and large. 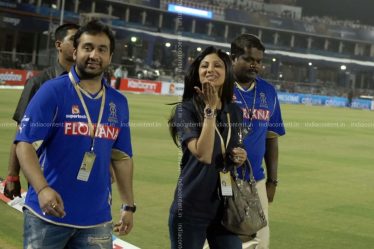