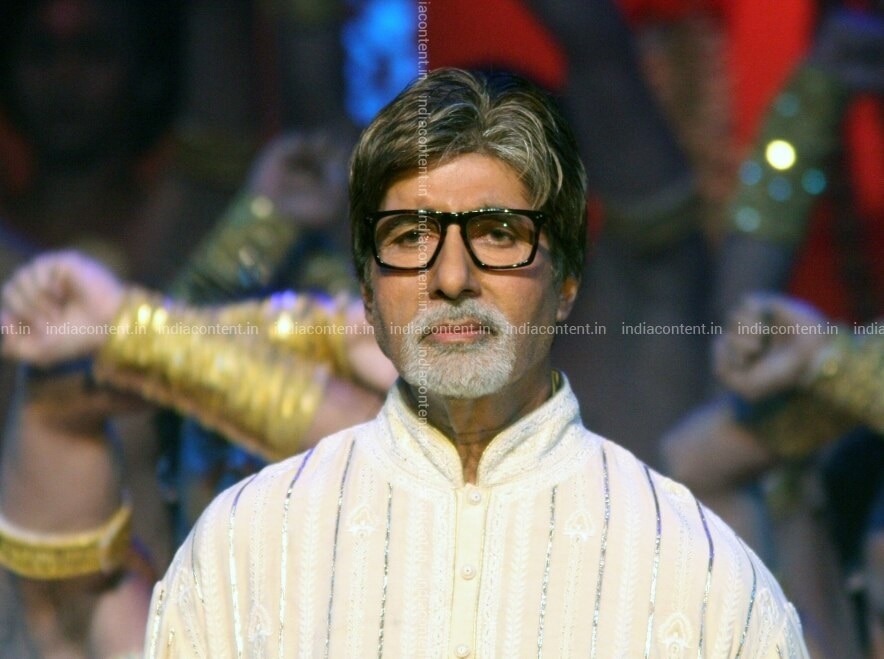 Felicitation and Ovation to Big B on concluding 50 years in Hindi Cinematography!

A prominent figure, Amitabh Bachchan is an embodiment of classic Indian hero. Superstar of the Millennium is celebrating 50 years of long career in Bollywood. For years, the legendary actor has amazingly revamped himself according to the changing times and kept his gleaming image intact.

Bollywood’s megastar Amitabh Bachchan is known for his glistening portrayal in Hindi cinema. He got recognition in Bollywood with the bystanders as ‘Angry Young Man’ in early 1970s. His biggest leading lucrative start was ‘Zanjeer’ and it changed the movement of Hindi cinema from romance movies to crime action films. This movie pioneered Amitabh Bachchan’s new image of brooding person.

Bachchan’s bombastic performances led him to popularity. He contributed with many fruitful movies to Indian film industry. The veteran actor has been able to congregate many admirers and supporters for himself. Since his debut in 1969, he kept on stepping the stairway of accomplishments and prosperity and gave smash hit films constantly to cinematography. Most of his movies like Sholay, Kabhie Khushi Kabhie Gham, Kabhi Alvida Na Kehna, Hum, Agneepath, Akhree Rasta, Laawaris, Coolie, Bunty Aur Babli, Baghban etc. have done good jobs at box office and made him a superstar. Films like Trishul and Chashme Baddoor outperformed on the silver screen. Because of his inner zeal and strong determination to succeed, he was able to overcome all the hurdles in his pathway.

Besides being an actor, he is also recognised as a breathtaking singer and captivating dancer. He has got modulated and honeyed voice which creates magic in the ears of listeners. One cannot resist without dancing on his superhit numbers. Some of his popular disco numbers comprise Kajra Re, Rang Barse, Mujhe Naulakha Mangade, Say Shava Shava, Chali Chali Fir Chali Chali, Khaike Paan Banaras Wala, Ek Punjaban Kudi Punjaban, Mere Angne Mein Tumhara Kya Kaam Hai and so on. Some of his tango steps have become the style statements in public. The big fans of the legendary superstar of Bollywood love to copy his moves and dialogues in their family functions and get-togethers. There are many unforgettable and evergreen dialogues which are still embossed in the hearts of his admirers. Some taglines used by the Shahenshah in the reality shows like ‘Kaun Banega Crorepati’ are punched in the minds of the fans such as “Sure. Confident. Lock kar diya Jaye”.

Why is Amitabh Bachchan called Shahenshah?

The senior actor known as ‘The Shahenshah of Bollywood’ is irreversible in the history of India. The admiration, respect and love gained by his millions of followers is unparalleled.  According to the fraternity, the journey of Big B has been most significant in the Indian film industry. The hardmanship of this veteran actor has really paid off. He does not need any preface. In the initial stages of his life, he had to withstand with 13 flops before his first triumph in Indian cinematography. Due to his determination and deep baritone, he has been a ruling personality in the Bollywood.

He has been privileged with many accolades in the journey of his Bollywood career. In the past few years, he was bestowed with the Padma Shri Award in 1984, the Padma Bhushan in 2001 and the Padma Vibhushan in 2015 by the Government of India. He was also conferred with the Knight of the Legion of Honour in 2007 by the French Government, which is the highest French civilian honor. He has acquired many National Film Awards and Dada Saheb Phalke Award. Amitabh Bachchan has attained such a supreme level of status that none of his contemporaries had ever thought of reaching. This celebrity has a different kind of aura, style and persona.

The quintessential son, Abhishek Bachchan articulated pride at his father’s milestones that the thespian had achieved in his multi-faceted career.

The well-known director Karan Johar also penned down the heartfelt gratitude for the superstar.

To give him a heartfelt tribute,

Apart from the Shahenshah of the Millennium, he is also recognised as the ‘Greatest actor of the century’.  He has also made his place in Hollywood movie ‘The Great Gatsby’.

India Content has a huge stock of megastar Amitabh Bachchan images. The images are available in three sizes – small, medium and large.