Maharashtra gearing up for Assembly Elections 2019 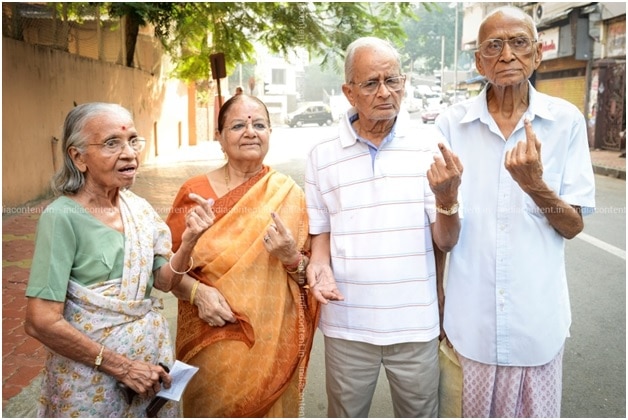 The Chief Election Commissioner Sunil Arora has announced date for Maharashtra Assembly Elections 2019 on Sunday-25th September, 2019. The Model Code of Conduct has kicked in both Maharashtra and Haryana. There will be polls in single phase on 21st of October 2019. The results of the polls will be declared on 24th October, 2019. In Maharashtra it’s a fight for 288 seats. The EC also announced that special security arrangements will be made in Naxal affected areas of Gadchiroli and Gondia.

This is the first big test for the Modi-Shah duo after the 2019 poll victory. They now face the crucial battle for 288 seats in the state of Maharashtra as 8.94 crore voters will decide on who will be the next Chief Minister. Speaking at the India Today Conclave 2019, Maharashtra Chief Minister Devendra Fadnavis and President of Yuva Sena, Aditya Thackeray confirmed an alliance with the Shiv Sena for the upcoming polls. Congress will contest the polls with an alliance with the NCP (Nationalist Congress Party). In 2014, the NDA formed the government in the state with BJP getting 122 seats and Shiv Sena getting 63 and Prithviraj Chavan failed to comeback in power. BJP’s preparations have already been on in the poll bound states and almost done with finalizing seats and poll campaigns.

Speaking about the election preparations, Congress claims to have bottom up strategy where they will collect all the information from the local workers and leadership in Maharashtra and then build a strategy of the campaign around these issues. There has been news of several MLAs leaving the Congress as well as the NCP and base shifting camp to both the BJP as well as Shiv Sena. It seems to be the time for the big battle between BJP-Shiv Sena and Congress-NCP and with how much can they win over.

Looking at the numbers in 2019 Lok Sabha Elections, BJP- Shiva Sena combine 141 seats out of 48 in the month of May. By converting it into the Assembly segments the tally reaches to around 238 seats out of 288. This factor is being taken into consideration by BJP-Sena alliance. They believe that if they come together the alliance is going to get around 230 seats and that is their target. On the other hand the Congress-NCP is ready with the leaders who have left in big numbers since the time of Lok Sabha Elections including Former Deputy Chief Minister of NCP. Their first priority is going to be keeping their house intact whereas for BJP-Sena the priority right now is to get down into the seat distribution, to come to the conclusion which will benefit amicably both the parties.

The key players who will be fighting the Maharashtra Assembly Elections 2019 are:

Get Devendra Fadnavis images on https://www.indiacontent.in/search-topic/devendra-fadnavis

Get Uddhav Thackeray Images on https://www.indiacontent.in/search-topic/uddhav-thackeray

Get Aditya Thackeray images on https://www.indiacontent.in/search-topic/aditya-thackeray

Get Sharad Pawar images on https://www.indiacontent.in/search-topic/sharad-pawar