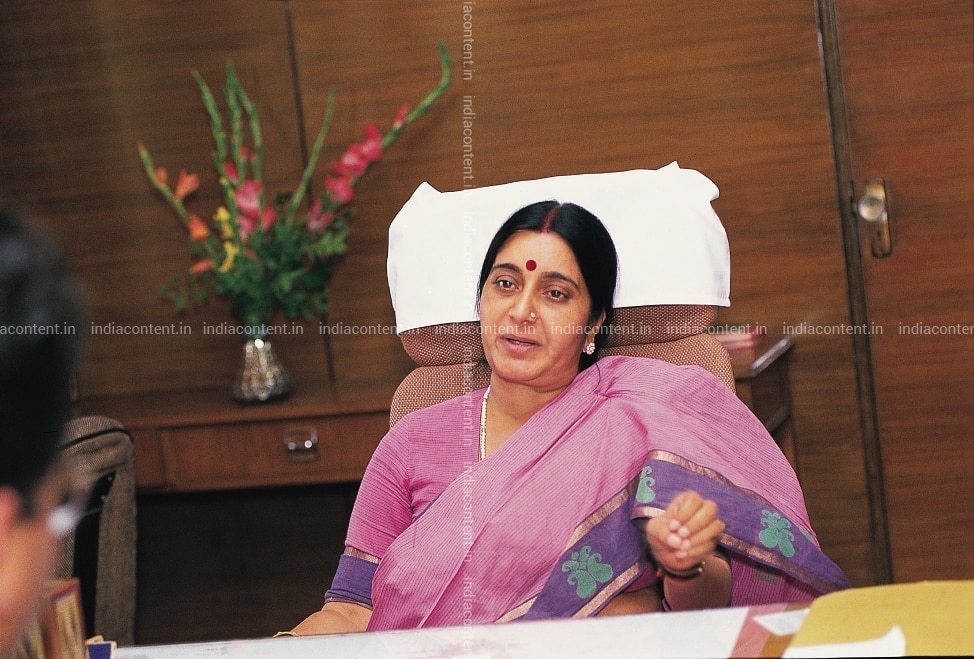 Erstwhile External Affairs Minister and an old warhorse of the Bharatiya Janta Party Sushma Swaraj was remembered on her 68th birthday. Her husband Swaraj Kaushal, the former governor of Mizoram, took this opportunity to wish her beloved on Twitter by sharing her photo in front of the cake with a knife in her hand. He tweeted, ‘Happy Birthday Sushma Swaraj – Happiness of our Life’.

On the eve of her birth anniversary, the government had announced two key institutions linked to India’s foreign policy in Sushma Swaraj’s name. The Ministry of External Affairs celebrated her birthday for her indispensable involvement in Indian statesmanship, the cause of the Indian diaspora and the ethos of public service by renaming the main cultural centre ‘Pravasi Bharatiya Kendra’ as Sushma Swaraj Bhavan and Foreign Service Institute as Sushma Swaraj Institute of Foreign Service.

In the first term of Narendra Modi government between 2014 and 2019, Sushma Swaraj worked as an External Affairs Minister of India who was the second woman to take place in the office after Indira Gandhi. She succeeded to conclude the despotism of distance for millions of Indians staying abroad and was always ready for their support. Sushma Swaraj had always been an altruistic in her acts – be it passport setback, visa tribulation or protecting the Indians landed in tough situations overseas.

Sushma Swaraj embarked her political career with Akhil Bharatiya Vidyarthi Parishad in the 1970s. She also practised law in the Supreme Court of India from 1970. She triumphed the Ambala Cantonment Assembly seat twice as a member of the Haryana Legislative Assembly from 1977 to 1982 and from 1987 to 1990. She vowed as a Cabinet Minister in the Janata Party Government in July 1977. At the age of 27, she was elected as a State President of the Janta Party (Haryana) in 1979 and served as Education Minister of Haryana in the Bharatiya Janta Party-Lok Dal allianced government from 1987 to 1990.

She served as a Union Cabinet Minister for Information and Broadcasting in addition to the Ministry of Telecommunications from 19th March 1998 to 12th October 1998 under the PM Vajpayee government. During this period, she declared film production as an industry qualifying for bank finance further. She initiated community radio at universities and other institutions. She made a comeback to Parliament in April 2000 and later was conscripted as Minister for Information and Broadcasting from September 2000 to January 2003.

From January 2003 to May 2004, she served as Minister of Minister, Family Welfare and Parliamentary Affairs. During her serving as Union Health Minister, she established six All India Institute of Medical Sciences at Bhopal (MP), Bhubaneshwar (Odisha), Jodhpur (Rajasthan), Patna (Bihar), Raipur (Chhatisgarh) and Rishikesh (Uttarakhand).

In April 2006, she was brought back in the Parliament by Rajya Sabha for the third term from Madhya Pradesh state and worked as the Deputy Leader of Opposition in Rajya Sabha till April 2009. In 2009, she triumphed the 15th Lok Sabha elections from Madhya Pradesh by the highest margin of over 4,00,000 votes and again came back in power in the 15th Lok Sabha in place of Lal Krishna Advani on 21st December 2009. She continued to retain this position till May 2014.

Sushma Swaraj was accountable for implementing the foreign policies of Narendra Modi and served as an External Affairs Minister from May 2014 to May 2019.

During her term as an External Affairs Minister, she played a vital role in bringing back the 23-year-old hearing and speech impaired girl Gita grounded in Pakistan for 15 years. She also circulated a NOC against a query raised by the UK government about the Indo-UK bilateral relationship, if the UK give acceptance to an Indian escapee Lalit Modi in a cricket scandal living in Britain since 2010 for his wife’s surgery in Portugal. She asked the British High Commissioner to examine Modi’s request as per their rules and told that it would not spoil our bilateral relations if the British government chooses to give travel documents to Lalit Modi.

Being the Indian Parliament’s first and the only female MP, Sushma Swaraj had been privileged with the Outstanding Parliamentarian Award. She represented as the President of the Hindi Sahitya Sammelan in Haryana for four consecutive years.

Hailing from Dharampura area of Lahore, Pakistan, Sushma Swaraj was born on 14th February 1952 Valentine’s Day to her father Hardev Sharma and mother Shrimati Laxmi Devi at Ambala Cantt. Haryana in a middle-class family. Her father was a prominent member of the Rashtriya Swayamsewak Sangha. Sushma was a lawyer by profession and studied law at Punjab’s University, Chandigarh. She went to Sanatan Dharma College in Ambala Cantonment and did her graduation with majors in Sanskrit and Political Science. She has also been bestowed with Hindi Speaker award by the Language Department of Haryana in a state-level competition for three consecutive years.

On 13th July 1975, Sushma Swaraj exchanged the conjugal vows with Swaraj Kaushal, an associate lawyer at the Supreme Court of India during the times of the Emergency. Both of them worked jointly for the defence of the socialist leader George Fernandes. A criminal lawyer Swaraj Kaushal served as Governor of Mizoram from 1990 to 1993 and as a member of parliament from 1998 to 2004. The couple was blessed with a

daughter named Bansuri who did her Bachelor’s from Oxford University and a Barrister at Law from Inner Temple.

Sushma Swaraj went through a kidney transplant at AIIMS, Delhi on 10th December 2016 and the surgery was successful. Sushma Swaraj passed away with a cardiac arrest on 6th August 2019. Her cremations took place at the Lodhi crematorium in Delhi with full state honours.

In the Republic Day awards 2020, she was bestowed with Padma Vibhushan by the Government of India in the field of Public Affairs. A bus stand in Ambala city has also been named after her.

Sushma Swaraj will always be remembered and stay in our hearts forever.

The India Content website has a huge stock of high-quality images of Sushma Swaraj. The images are available in three sizes – small, medium and large. 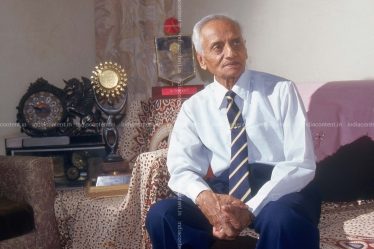 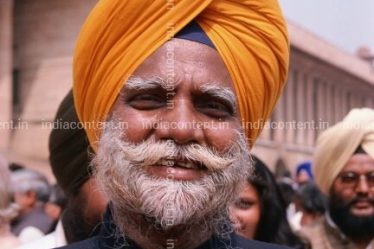