Wishing you the treasures of yesterday and a bright tomorrow, Anushka Manchanda!

A pop Indian singer, actress, model and former VJ, Anushka Manchanda celebrated her 36th birthday this year. Her natal day falls on the 11th of February. She was born in a Hindu family in New Delhi, India in 1984. Her mother’s name is Terry Manchanda and has a younger brother called Shikhar Manchanda. She went to Amity International School, Noida for her higher studies. She was always inclined towards music since the age of five and also played piano efficiently. Besides, she is very fond of reading fictions and loves to do nail art.

India’s first pop girl band Viva was created in 2002 through which Anushka came into the limelight. She performed in the most explosive reality show as a part of this group. This show brought her popularity and fortune even after the band split and she connected with the youth which led her to instigate VJing in channel V. She did anchoring in MTV’s Stuntmania. She also participated in the reality television series ‘Jhalak Dikhhla Jaa’.

Anushka embarked her career as a playback singer in the Tamil film industry by singing the song ‘O Mahire’ from the 2004 movie Manmadhan under the direction of famous music composer Yuvan Shankar Raja. She jointly worked with him in the notable songs like ‘Thee Pidikka’(Arinthum Ariyamalum), ‘Kudakooli’ (Kalvanin Kadhali), ‘Money Money’ (Thimiru) and Oh…Oh…Ennanamo’ (Chennai600028). In 2006, she got her first Bollywood singing break for the title song in the movie Golmaal composed by Vishal-Shekhar. This youth voice breaks all the bog-standard ways of singing. She has worked with the illustrious musicians in the industry from Anu Malik, Salim-Suleiman, Vishal-Shekhar, Shankar-Ehsaan-Loy to Pritam, Amit Trivedi among several others. This internationally cheered voice has also worked with international music composers like Chicane, Akcent, Anish Sood, Nanok, Ashvin Mani Sharma, Ma Faiza, Ash Roy and Mikey Mc Cleary.

In addition, Anushka instigated her film acting career in 2007 with the movie Loins of Punjab Presents. She has made her appearances in Bollywood movies in various roles like a cameo role in Dulha Mil Gaya and also composed three songs for the same movie. She also participated in a reality show of MTV Pulsar Stunt Mania in 2010.

Lastly, Anushka was featured in the song ‘I am Sorry’ and ‘What would you do’. She earned tremendous popularity for giving top hits to the Bollywood like ‘Dum Maro Dum’ in the film ‘Dum Maro Dum’, ‘Maine yun kabhi socha na tha’, in ‘Game’, ‘Apna har din aise jiyo’ in ‘Golmaal 3’.

Anushka is working for big brands like Jack and Jones and is also composing music with her brother Shikhar Manchanda for them. She is producing and formulating an audio and visual content with an alternate artist Nuka which puts light on wildlife conservation, equal rights and nature protection.

This woman incorporated with many talents has given numerous hit tracks to the Indian film and music industry. Wild party numbers like Dance Basanti and Manma Emotion Jaage from the movie Dilwale and sweet songs like Bezubaan Phir Se from the movie ABCD2 were the blockbusters on the silver screen. Anushka Manchanda’s some of the top hits comprises Lucky Tu Lucky Me, Na Jaane, Allah Duhai Hai, Mit Jaaye Gam, and so on. She is one of the most talented and old singers in the industry.

Some of her best songs in her entire discography also encompass ‘D Se Dance’ from ‘Humpty Sharma Ki Dulhaniya’, ‘Allah Duhai Hai Remix’ from ‘Race 2’, ‘Horn Ok Please’ from ‘Dedh Ishqiya’, ‘Everybody Put Your Hands Together’ from ‘De Taali’ and so on.

Bollywood is proud to have such powerful and all-rounder voice. She is one of the top singer and model of the nation who sings for Hindi, Tamil and Telugu movies and at times for English movies, too.

Earlier, Anushka was going around with Gaurav Arya since 2011 and both were planning to get married. But now she has broken up with him and looking for her dream guy to start a new journey of her life.

We wish the beautiful lady celebrity good luck for her future ahead! Happy Birthday, Anushka Manchanda!

The India Content website has a good stock of high-quality images related to Anushka Manchanda from various shows, shoots and many other events. The images are available in three sizes – small, medium and large. 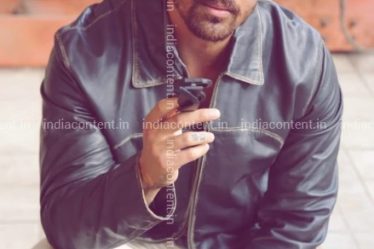