Remembering the crusader of Social Justice, freedom fighter, Dalit leader and the Indian politician, Jagjivan Ram on his 112th birth anniversary who fought against social discrimination and inequalities of Dalits!

The Dalit figure Jagjivan Ram recognised with the name ‘Babuji’ was remembered on his 112th birth anniversary. The Indian freedom fighter, social reformer and erstwhile union minister Jagjivan Ram was born in the schedule caste category of Bihar in India. His natal day falls on 5th April 1908. He was born to Sobhi Ram and Vasanti Devi at Chandwa near Arrah in Bihar. He belonged to the Chamar caste and was heading his community. In 1935, he acted as an auxiliary in the bedrock of an organisation named ‘All-India Depressed Classes League’ to latch onto egalitarianism. In 1937, he was chosen to Bihar Legislative Assembly and formulated the rural labour drive.

Jagjivan Ram had three siblings. His father was employed in the British Indian Army and was placed at Peshawar and later renounced the colonial armed forces because of some controversies. Later, he purchased an agricultural land in his native village and started working on it. He was taught the values of civilisation, idealism and resilience by his father. He evolved into a Mahant of the Shiv Narayani Sect and being proficient in his calligraphy skills, he embellished various books for the Sect and distributed them locally. At a very young age, he lost his father but his mother did not bereave him of anything he required for his upbringing as well as education under the strident economic conditions.

Jagjivan went to a local school in January 1914 for his early education. In 1920, he moved to Aggarwal Middle School in Arrah and in 1922, he studied at Arrah Town School. He was the first person among his social class to earn higher education. After accomplishing matriculation in first division, he joined Banaras Hindu University in 1927 and qualified his Inter Science Examination. Due to the social favouritism, he led several demonstrations during his educational career. Subsequently, in 1931, he earned a Bachelor’s degree in Science from the University of Calcutta. In the same year, he became a part of the Congress party and systematised forums to bring the inequity issues in the limelight. He was also engaged in the anti-untouchability drives run by Mahatma Gandhi.

Jagjivan Ram fought for the social equality and equal rights of Dalits in his entire life.

In the 1935 session, Jagjivan introduced a resolution in the 1935 session of the Hindu Mahasabha urging for the opening of temples and wells for Dalits. In 1940, he was confined two times for performing in the political activities like Satyagraha and the Quit India Movements against the colonialism rule. In 1946, he turned out to be the youngest member of the Cabinet of Jawaharlal Nehru’s interim government and eventually held the labour portfolio in the first-ever Cabinet of independent India and served as a Labour Minister till 1952. Eventually, he held numerous portfolios I Nehru’s cabinet concerning Communications from 1952 to 1956, Railways and Transport from 1956 to 1962 and Communications and Transport from 1962 to 1963. He also served as Minister of Labour, Employment and Rehabilitation from 1966-67 and Union Minister for Food and Agriculture from 1967-1970 under Indira Gandhi’s government. He was appointed as the Defence Minister of India from 1970-1974 and India was able to attain independence for the state of Bangladesh during his term. He served as the Minister for Agriculture and Irrigation from 1974-1977. His uninterrupted contribution as a parliamentarian for more than five decades is the proof of his commitment to the well-being of citizens of his country.

In 1975, he aided the Prime Minister Indira Gandhi’s declaration of a state of Emergency initially but later he along with five other politicians relinquished from the Cabinet’s post and formulated the Janata Party, an affiliation which was antagonistic to Gandhi and Congress Party in elections to the Lok Sabha that year. Disheartened for not being elected as a Prime Minister, Jagjivan again took over the post of Defence Minister from 1977 to 1979. On 24th January 1979, he vowed as Deputy Prime Minister of India in the Janata Party government and continued his term till 28th July 1979. He served as a Cabinet Minister until he died in 1986.

In August 1933, Babu Jagjivan Ram’s first wife took last breath after her brief breakdown. In June 1935 he exchanged his nuptial vows with Indrani Devi, the daughter of Dr Birbal who was an adept medical practitioner and also served in the British Army. Because of his supremacy in his professional duty and his inputs he was bestowed with the Victoria Medal by the then Viceroy to India, Lord Lansdowne during Chin Lushai Expedition sustained from 1889 to 1890. The couple was blessed with two children – one son named Suresh Kumar and one daughter named Meira Kumar. His first son was notoriously reported in Maneka Gandhi’s Surya newspaper, engaged in a marital relationship with a 21-year old woman. Regrettably, the couple lost their son on 21st May 1985. Their daughter Meira Kumar was elected as a Member of Parliament for five times representing Sasaram Legislative Assembly consecutively in 2004 and 2009. She acted as the Minister for Social Justice under Prime Minister Manmohan Singh government from 2004 to 2009 and turned out to be the first-ever woman, Speaker of the Lok Sabha of the Indian Parliament, in 2009.

Jagjivan Ram was fond of travelling and reading.

Babu Jagjivan Ram was encumbered by physical ailments, family problems, his son’s death, sadness over the fact that besides being a staunch leader, he could not reach the highest ranks. Eventually, he could not go along with this and took his last breath on 6th July 1986 in New Delhi. The Dalits lost their precious gemstone and their sun vanished forever.

The India Content Website has a huge stock of high-definition images related to Jagjivan Ram. The images are available in three sizes – small, medium and large. 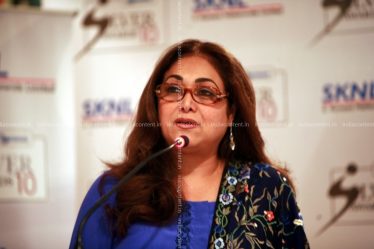