The Indian politician and current Deputy Chief Minister of Haryana, Dushyant Chautala celebrated his 32nd birthday this year on April 3. Dushyant, who is the president and co-founder of the Jannayak Janata Party, has represented Uchana Kalan constituency in 2019 Elections of Haryana Legislative Assembly, and sworn-in as Deputy Chief Minister of Haryana after allying with Bhartiya Janta Party. He also served as the Member of Parliament in the 16th Lok Sabha elections representing Hisar Lok Sabha constituency in Haryana.

Dushyant Chautala was born on April 3, 1988, into a prolific political family that belongs to the Jat community. His father Ajay Singh Chautala and mother Naina Singh Chautala are politicians. His father was a former Member of Parliament and Member of Haryana Legislative Assembly from various constituencies in Haryana and also a sports administrator. His mother is also a Member of Parliament from Dabwali constituency in Haryana. Dushyant has a younger brother, Digvijay Chautala who is also a politician. He is the grandson of Om Prakash Chautala who was the former Chief Minister of Haryana and great-grandson of Chaudhary Devi Lal, who was the former Deputy Prime Minister of India.

Dushyant attended St. Mary School in Hisar and later, The Lawrence School in Sanawar, Himachal Pradesh. He graduated with a B.Sc. in Business Administration and Management from California State University in Bakersfield, California and pursued Masters of Law from National Law University in Delhi. He also has an MA in Mass Communication from Guru Jambheshwar University of Science and Technology.

Dushyant became a leader of the Indian National Lok Dal (INLD) Party in Lok Sabha in 2014. In the same year, he became a member of the Standing Committee on Urban Development. He contested from Hisar constituency in the 16th Lok Sabha elections of 2014 and won against Kuldeep Bishnoi of the Haryana Janhit Congress (BL) by a margin of 31,847 votes. In 2015, he was appointed as a member of the Consultative Committee in the Ministry of Skill Development and Entrepreneurship, Committee on Papers Laid on the Table (Lok Sabha) and Committee on Estimates 2016 Member, Standing Committee on Commerce. He was also appointed as a co-convenor of the Parliamentarians`Group for Children & WASH Form. Dushyant has also been the president of Table Tennis Federation of India and a member of the Executive Council of the Indian Olympic Association.

He left the Indian National Lok Dal party in 2018 following some differences in the political ideas with the prominent political leaders in his family. On December 9, 2018, he launched Jannayak Janata Party in an event witnessed by over 6 lakh people in Jind. He addressed the highest ever political gathering in Haryana after the public addressing by his great-grandfather and former Deputy Prime Minister of India, Devi Lal in 1986. Youth employment, senior citizen pension, fair support price for farmers, and women safety were the main visions proposed by the party. In 2019, he contested under Jannayak Janata Party (JJP) from the Uchana constituency in the Haryana Legislative Assembly election and made a decent victory against BJP candidate Premlata with the margin of 47,452 votes. The party won 10 Assembly seats in a hung assembly. Leading political analysts defined the party’s victory under his leadership as a model of the legacy of former Deputy Prime Minister Devi Lal, who also belonged to the Jat community. Jan Nayak Janata Party (JJP) joined hands with Bharatiya Janata Party to form the new state government in 2019. On December 27, 2019, Dushyant took oath as the deputy chief minister of Haryana state.

Following the victory in the 16th Lok Sabha elections of 2014 from Hisar constituency, Dushyant became the youngest ever elected Member of Parliament for which he entered the ‘Limca Book of Records’. Dushyant was conferred with the highest civilian honour by the Cooperation Commission of Arizona, the USA in 2017. He became the first Indian to receive the honour. In 2018, Dushyant was listed among ‘100 Future Leaders: The World’s Most Influential Young People in Government’.

The India Content website has a good stock of Dushyant Chautala images. The high-definition images on the website are available in three sizes – small, medium and large. 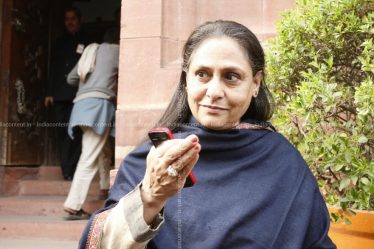