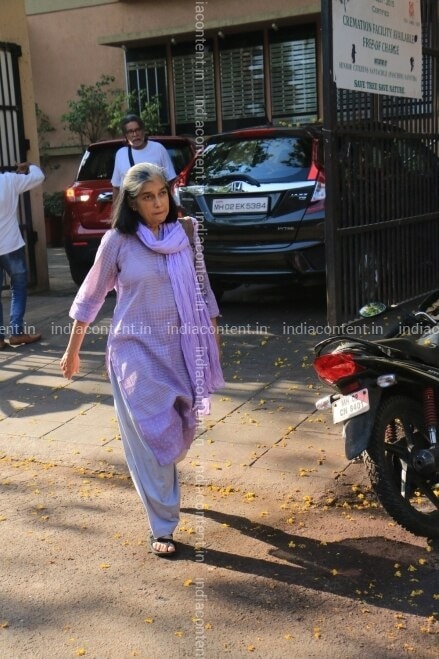 Ratna Pathak, the Indian actress and director known for her works in theatre, cinema and television, celebrated her 63rd birthday on 18 March 2020.

Ratna Pathak was born on 18 March 1957 in a Gujarati Hindu family Mumbai, Maharashtra as the daughter of veteran theatre actress, Dina Pathak and Baldev Pathak. Her sister Supriya Pathak is also an actress in theatre, cinema and television. Ratna attended the J.B Vachha High School and graduated from the National School of Drama in Delhi.

Ratna’s early career includes a series of theatre plays in both English and Hindi. Her acting debut in cinema was in Shyam Benegal`s 1983 film Mandi, starring Shabana Azmi, Naseeruddin Shah and Smita Patil for which she received critical acclaim. She came into prominence with the Doordarshan TV’s 1985 sitcom Idhar Udhar, directed by Anand Mahendroo and produced by Shobha Doctor.

She played significant roles in several Russian plays. She was an active member of the theatre group ‘Motley’ co-founded by Naseeruddin Shah & Benjamin Gilani in 1979. Some of their popular plays, are Herman Wouk`s, The Caine Mutiny Court-Martial and the adaptation of the epic play Julius Caesar in 1992. Ratna is best known for her playing the role of ‘Maya Sarabhai’ in the Star One TV’s 2004-2007 sitcom Sarabhai vs Sarabhai, created by Jamnadas Majethia and Aatish Kapadia and directed by Deven Bhojani.

Ratna married acclaimed theatre and Bollywood actor Naseeruddin Shah in 1982. They have two sons Imaad Shah and Vivaan Shah and Naseeruddin Shah has a daughter, Heeba Shah, from his first marriage with Parveen Murad. Ratna met Naseeruddin Shah for the first time at the shoot of a play titled Sambhog Se Sanyas Tak.

Ratna Pathak was a member of the esteemed Padma Shri and Padma Bhushan selection committee in 2012. Ratna’s favourite hobbies are reading and travelling, while her favourite writers are Ismat Chughtai and Hari Shankar Parsai and her favourite holiday destination is London.

The India Content website has a good stock of Ratna Pathak images. The high-definition images on the website are available in three sizes – small, medium and large.