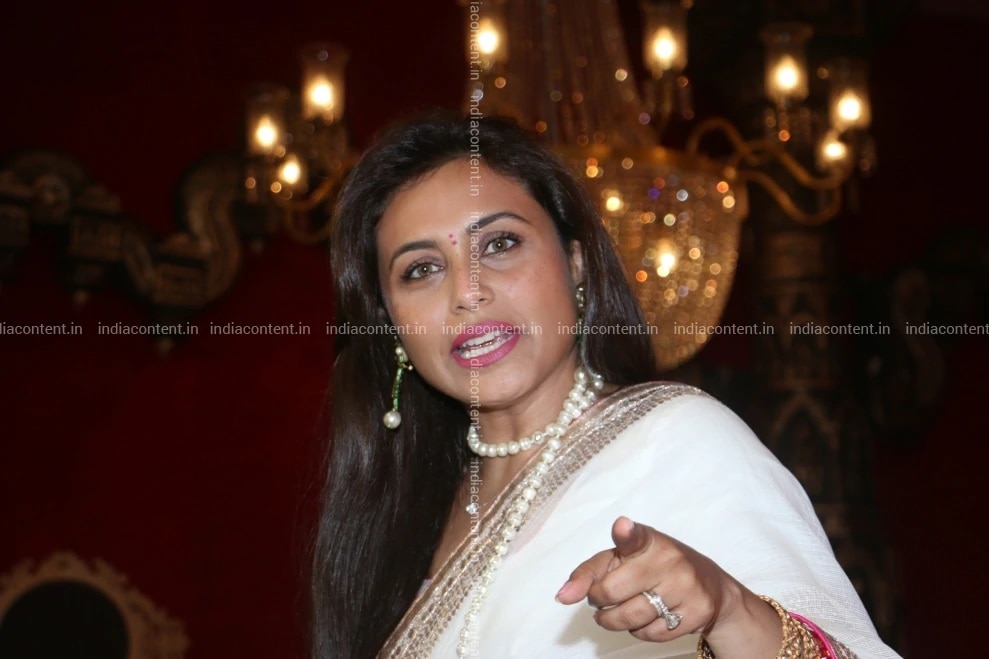 A popular Indian Bollywood star, Rani Mukerji turned 42 this year. Her family hails from a film background of Bengali emergence. She was born to Late Ram Mukerji who was a film director and established the ‘Filmalaya Studios’ and mother Krishna Mukerji who was a playback singer in Bombay. Her natal day falls on 21st March 1978. She has one elder brother named Raja Mukerji who is a producer and director. She finished her primary education from Maneckji Cooper High School, Juhu and thereafter, did Bachelors in Home Science from Mithibai College.

In 1994, she received a proposal of the most significant role in the movie ‘Aa Gale Lag Jaa’ alongside Jugal Hansraj at the age of 16 by a family friend Salim Akhtar. However, her father did not let her work at such a young age and hence she was replaced with Urmila Matondkar. She went to Roshan Taneja’s acting institute for training before getting into Bollywood films. In 1996, she scratched the surface with her father’s Bengali language movie Biyer Phool in supporting role and later instigated her career with the debut social drama Bollywood movie ‘Raja Ki Aayegi Baraat’ in a leading role on her mother’s emphasis. Although this movie could not make a splash on the silver screens, her another Vikram Bhatt directorial ‘Ghulam’ in 1998 gave her huge notoriety with her song ‘Aati Kya Khandala’.

Rani came into limelight with Karan Johar romance movie ‘Kuch Kuch Hota Hai’ in supporting role in the same year. After a small slowdown in 2002, the Yash Raj Films drama ‘Saathiya’ became a turn of the tide for her career. She is one of the most proficient actresses who has given various high-revenue generating romantic movies encompassing Chalte Chalte in 2003, Hum Tum in 2004, Veer Zaara in 2004, Kabhi Alvida Na Kehna in 2006 and the crime comedy Bunty Aur Babli in 2006. She acquired huge popularity by enacting the character of an abused wife in the political thriller ‘Yuva’ in 2004 and a deaf, blind and mute woman in the drama ‘Black’ in 2005.

Her choice of roles was deplored by the critics under the Yash Raj Banner on various fruitless movies. She appeared in the role of an impulsive journalist in the semi-biographical thriller ‘No One Killed Jessica’ in 2011 and changed the thoughts of the experts. She gave several blockbuster thrillers like Talaash: The Answer Lies Within in 2012, Mardaani in 2014 and its sequel Mardaani 2 in 2019 and the comedy-drama ‘Hichki’ in 2018. This comedy-drama Hichki was one of the highest-grossing releases of her career.

Well, if we talk about her personal life, a national award-winning and Bengali film actress, Debashree Roy is her maternal aunt. Kajol, Tanisha and Mohnish Behl are her cousins.

The Khandala girl has been in romantic relationships with renowned actor Govinda and Abhishek Bachchan for some time. Later, she was dating the eminent producer and director Aditya Chopra and soon tied the knot with him in a secret ceremony in Italy on 21st April 2014. The couple is blessed with a baby girl named Adira.

Besides, Rani enjoys dancing in her leisure time. She is very fond of playing with her niece named ‘Mishti’ and often gets offended when heard people saying that she always works under Yash Raj Production Movies. Her best-loved actors are Amitabh Bachchan, Shahrukh Khan, Sri Devi and Sharmila Tagore. She enjoys watching her favourite movie Titanic and enjoys eating fish cooked by her mother. Being Saree as her most-liked outfit, she is often seen in saree at various gatherings. She learnt Odissi dance at the age of ten.

Rani Mukherjee is the highest-paid actresses in the 2000s and has been honoured with various accolades for her performances. She earned seven Filmfare awards in her Bollywood career.

Rani is the only actress on Filmfare power list (2004) and triumphed Sports World Jodi of the year with Saif Ali Khan (2004). She won Filmfare Award for Best Supporting Actress for the movie Kuch Kuch Hota Hai (1998) and was offered 22 movies thereafter by the directors.

Besides acting, Rani Mukherjee is recognised for many humanitarian causes and has articulated various women and child related matters. She contested in numerous concert tours and stage shows to raise funds and appeared as a talent evaluator in the TV reality show Dance Premier League in 2009. She keeps making her public appearances for the charities and noble causes. Temptation 2005 was the most remarkable show which she accomplished in New Delhi. This event was executed to promote funds for the National Centre for Promotion of Employment for Disabled People, a prominent disabled rights group.

The India Content Website has a good stock of high-definition images related to Rani Mukerji. The pictures are available in three sizes – small, medium and large. 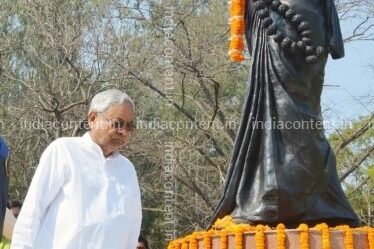