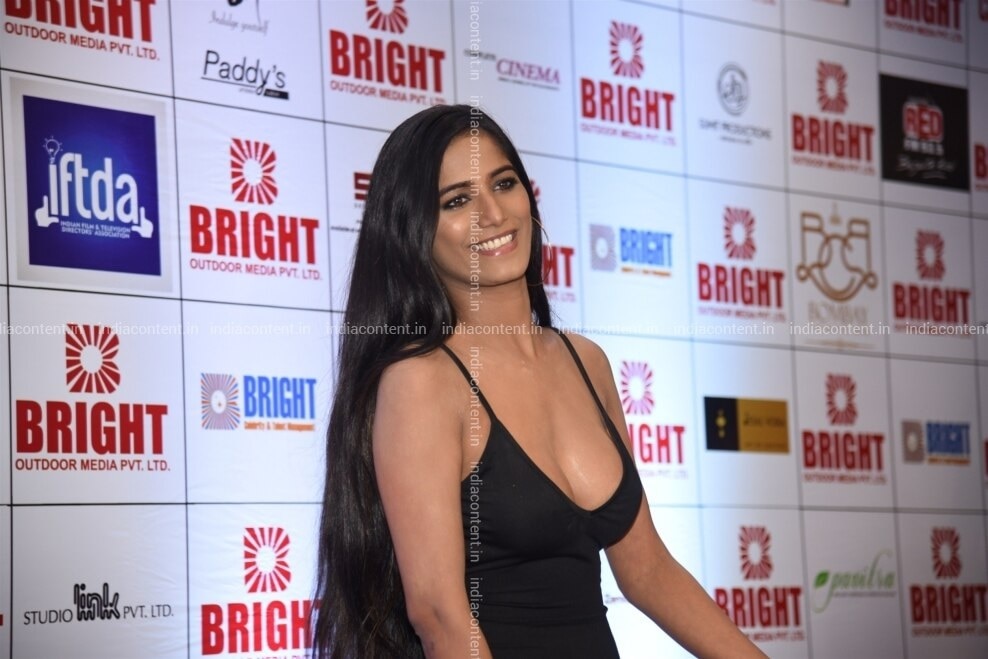 May the ravishing diva’s heart be always filled with contentment! Wishing a great life to Poonam on her 29th birthday.

One of the most babelicious starlets of Indian showbiz world Poonam Pandey turned 29 this year. She is the most sparkling actress and model of the Bollywood industry. She has made her appearance in Telugu cinema also. Her revealing outlook during India’s campaign at the 2011 Cricket World Cup had made her interim prodigy.

The leading diva came into the limelight when she began posting her bare dare images and seductive video posts on social media platforms, including Twitter. She acquired huge fame and big coverage on her clear-cut pictures posted. She is recognised for making new headlines with her hot and seductive images.

Poonam Pandey has emerged as the most searched actresses on the internet and has given tough rivalry to another sexpot of the Bollywood like Sunny Leone, Rakhi Sawant etc. When Kolkata Knight Riders made a victory in IPL 5 in 2012, she staged herself unclothed.

Poonam made her debut with the movie ‘Nasha’ in 2013 and was portrayed in a leading role as a teacher who gets into the sexual contact with one of her scholars. She performed in her first television serial Total Nadaniyaan in 2015. She was also featured in the movie Love Is Poison (2014), Malini & Co. (2015), Aa Gaya Hero (2017) and The Journey of Karma (2018). Although her acting did not give her fame and success, she kept gaining public attention by sharing sultry videos on social media.

Pandey will shortly be seen in the projected sequel of Nasha as Anita.

Poonam was portrayed on the fashion magazine’s cover page. She has emerged as one of the top nine contestants of the Gladrags Manhunt and Mega model Contest. She was also given a proposal for Bigg Boss 7 but she denied. Millions of mass watched her sensual yoga video uploaded for International Yoga Day.

In 2012, she was titled as a Kingfisher calendar girl and has been clicked for twenty-seven calendars. Before the release of her first movie ‘Nasha’, she performed in Grab Nasha Bikini Contest on Twitter. In 2011, YouTube witnessed maximum number of viewers for her sensational stripped video. She has more than 4 lakh admirers on Twitter.

Google had outlawed her mobile application which is now available on her official website.

As the popular Indian model, Poonam Pandey was born on 11th March 1991. He zodiac sign is Pisces. She belongs to a Hindu family and was born in the house of father Shobhanath Pandey and mother Vidya Pandey in Delhi, India. She has two siblings – one younger sister named Shraddha Pandey and one elder brother named Nilesh Pandey who is a software engineer. She prefers doing yoga and meditation in her leisure time. Her all-time favourite food is pizza and burger and she loves yellow and pink colours a lot. Her best-loved actors include Aamir Khan, Hrithik Roshan, Salman Khan, Shahrukh Khan, Akshay Kumar, Rajnikanth, Sridevi, Rekha, Madhuri Dixit and Kajol. Dilwale Dulhaniya Le Jayenge and Yeh Jawaani Hai Deewani are her two most-cherished movies. Her favourite destination is Cape Town.

Moving on to her personal life, there is hearsay about Poonam that she is romantically linked with DIG (Deputy Inspector General) Paraskar. Although Poonam is very enigmatic and has not shared any of her matters with the public. Rather, she focuses on her career instead of spending time with the love of his life.

Poonam Pandey has landed into several controversies and scandals. The glamorous lady pledged to strip for the Indian Cricket Team if India triumphed the 2011 cricket world cup. As India lifted the World Cup, she could not keep up her promise due to the disapproval from BCCI. Instead, she did a half-naked image for her followers.

Her modified naked image next to Sachin as a Hindu God and a Pakistani cricketer bowing at him developed a huge conflict in Kolkata and Muslims protested against it.

In 2014, Mumbai Police interrogated her for her offensive behaviour during driving.

Poonam became the talk of the town when her posters for the film ‘Nasha’ portrayed her by placing two placards tactfully to cover her body filled the public with rage. The general secretary of Shiv Sena Chitrapat banned placing Pandey’s hoardings showing skin.

The India Content website has a huge stock of high-quality images of Poonam Pandey. The images are available in three sizes – small, medium and large.