The popular Indian actress, fashion designer, and television presenter, Mandira Bedi celebrated her 48th birthday this year on April 15. She is best known for playing the title role in the Doordarshan’s 1994 television serial, Shanti.

Mandira Bedi was born on April 15, 1972, into a Punjabi family in Kolkata, West Bengal. Her father is Verinder Singh Bedi and mother Gita Bedi. She has an elder brother who works as an Investor Banker.

Mandira worked at Ogilvy & Mather, the British advertising, marketing, and public relations agency. She left that job when she got the offer to make her television debut by playing the lead titular role of ‘Shanti’ in the series by the same name that was aired on DD National in 1994, and later on Star Plus TV. Her Bollywood debut was in Aditya Chopra’s romance film Dilwale Dulhania Le Jayenge released in October 1995, starring Shah Rukh Khan and Kajol.

Mandira has gained popularity as a commentator in the cricket with her glamorous avatar and she has hosted ICC Cricket World Cup – 2003 and 2007. She also hosted the Champions Trophies of 2004 and 2006 as well as the Indian Premier League Season 2 for Sony Max. She hosted the coverage of IPL Season 3 on the British Network, ITV. She has been a host on various TV shows, including the reality show Fame Gurukul, that premiered on Sony Entertainment Television from 27 June 2005, game show Deal Ya No Deal which premiered on Sony Entertainment Television from 23 November 2005, comedy show Funjabbi Chak De that aired on STAR One between 16 November 2007 and 30 May 2008, reality television series Jo Jeeta Wohi Super Star which aired on Star Plus from 11 April to 12 July 2008, reality show Ek Se Badhkar Ek that aired on Zee TV, between 7 June 2008 and 14 September 2008 and reality television singing competition Indian Idol Junior that premiered on Sony Entertainment Television from June 1, 2013. She has participated as a contestant in popular shows like Fear Factor India that premiered on Sony TV on March 10, 2006, Fear Factor: Khatron Ke Khiladi that premiered on Colors TV from 21 July 2008 and I Can Do That aired on Zee TV between 17 October and 22 November 2015. In 2014, she, along with Tanishaa Mukerji, was a judge of the reality comedy show Gangs of Haseepur that aired on Zee TV.

The popular serials that Mandira appeared include the comedy series Ghar Jamai premiered on Zee TV in July 1997, police procedural television series CID that aired on Sony Entertainment Television between January 1998 and October 2018, soap opera Kyunki Saas Bhi Kabhi Bahu Thi that aired on Star Plus from July 2000 to November 2008, soap opera Jassi Jaissi Koi Nahin which aired on Sony Entertainment Television between September 2003 and May 2006, action thriller series 24 which aired on Colors TV from October 2013 to December 2013 and also has a cameo appearance in the popular sitcom Sarabhai vs Sarabhai as actress “Cookie Sharma” that aired on Star One between November 2004 and September 2006.

Mandira is married to Bollywood film director Raj Kaushal since 1999. Raj has directed Mandira in the 2004 film Shaadi Ka Laddoo. They have a son Vir born on June 19, 2011, at the Lilavati Hospital in Mumbai. She is a huge fitness enthusiast and she does not miss including a gym workout, jogging and yoga in her daily schedule.

The India Content website has a good stock of Mandira Bedi images. The high-definition images on the website are available in three sizes – small, medium and large. 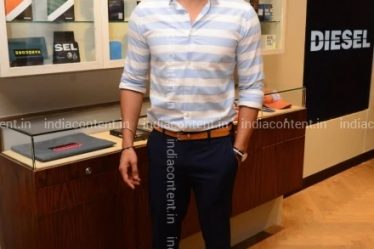