On the occasion of your special day, a path full of achievements, contentment and good health is wished for you – Makarand Deshpande!

An Indian film actor, writer, producer and director Makarand Deshpande has celebrated his 54th birthday this year. He is known for his work in Hindi, Telugu, Marathi, Kannada and Malayalam film industries. His natal day falls on 6th March 1966 and he was born in Dahanu, Palghar in the state of Maharashtra. He is a notable character actor recognised for his negative roles.

Makarand went to B.P.M. High School, Mumbai for his studies and did his graduation from Narsee Monjee College of Commerce and Economics, Mumbai. He developed his interest in writing during childhood and began writing plays for intercollegiate competitions. He likes reading in his leisure time. Presently, he stays in Vile Parle, Mumbai, Maharashtra. With dark brown eyes and salt and pepper hair, he is acknowledged for his bizarre attire and hairstyle.

He loves playing Kho-Kho and Cricket in his leisure time. His most-cherished destinations are Jaipur, Lucknow and Bhopal. His best-loved dramatists include Vijay Tendulkar, Luigi Pirandello, William Shakespeare and Rabindranath Tagore. Jackie Shroff, Anil Kapoor and Aishwarya Rai are his all-time favourite thespians. He likes to listen to the songs of Udit Narayan and Sonu Nigam.

Makarand Deshpande is a proactive and enthusiastic personality who is unorthodox by nature.

Makarand was witnessed in various supporting and momentous roles. In 1988, he instigated his career in acting by portraying the character of Baba in the Hindi movie Qayamat Se Qayamat Tak. Besides Bollywood, he made his appearance in many other different language films such as Dandupalya (Kannada, 2012), Jalsa (Telugu, 2008), No.66 Madhura Bus (Malayalam, 2012), Rita (Marathi, 2009) and so on. He played important roles in several movies like Jungle, Sarfarosh, Swades, Makdee, Bbuddah….Hoga Tera Baap and Darna Zaroori Hai in which he often performs drunkard, barnstormer and comic roles. He has also directed over 5 movies. He also portrayed in2016 Malayalam movie Pulimurugan as Mohanlal in a leading role, 2017 Manika Sharma directorial movie The Wishing Tree opposite Shabana Azmi and Suresh Govind directorial Tamil movie Team 5. His 2018 movies encompass the thriller Buckaasuuraa and Telugu crime thriller ‘Dandupalyam 3’. In 2019, his movies like Mere Pyare Prime Minister, Chhatrapati Shasan, Junglee, Chicken Curry Law and Adhyaksha in America were released.

In 1990, he started his theatre journey at Prithvi Theatre as a theatre artist with the support of Sanjana Kapoor. He began an Ansh Theatre Group in association with Kay Kay Menon in 1993, which is one of the backbones of the group. In the same year, he appeared in his first full-length play ‘Dream Man’. Makarand had also been a part of an informal drama band ‘Head’s Together’.

In 2011, Makarand was seen as a judge in the Marathi reality TV show Marathi Paul Padate Pudhe. In 2013, he competed as a player of Veer Marathi team in the sports reality entertainment TV show CCL (Celebrity Cricket League) Season 3. Because of his musical voice, he got an opportunity to sing songs for movies like Jungle (2000), Ek Aur Visphot (2002), Supari (2003) and Naach (2004).

Makarand aspires to enact the role of the popular Indian painter ‘Raja Ravi Verma’ in his race.

Makarand belongs to a middle-class Hindu family. He was in a relationship with actress Sonali Kulkarni for a longer period of time and got engaged with her. The couple gave up their engagement in 2006. Again in 2016, he exchanged his nuptial vows with author Nivedita Pohankar after being in a relationship with her for a few years.

In 2012, he was conferred with South Indian International Movie Awards in the category of Best Actor Award in a Negative Role for Kannada film ‘Dandupalya’ and ‘Malayalam film ‘No.66 Madhura Bus’.

The India Content Website has a huge stock of high-definition images related to Makarand Deshpande. The images are available in three sizes – small, medium and large. 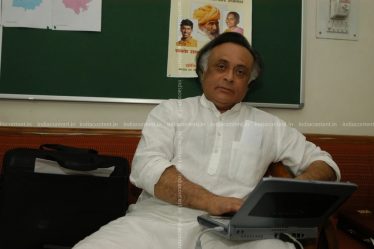