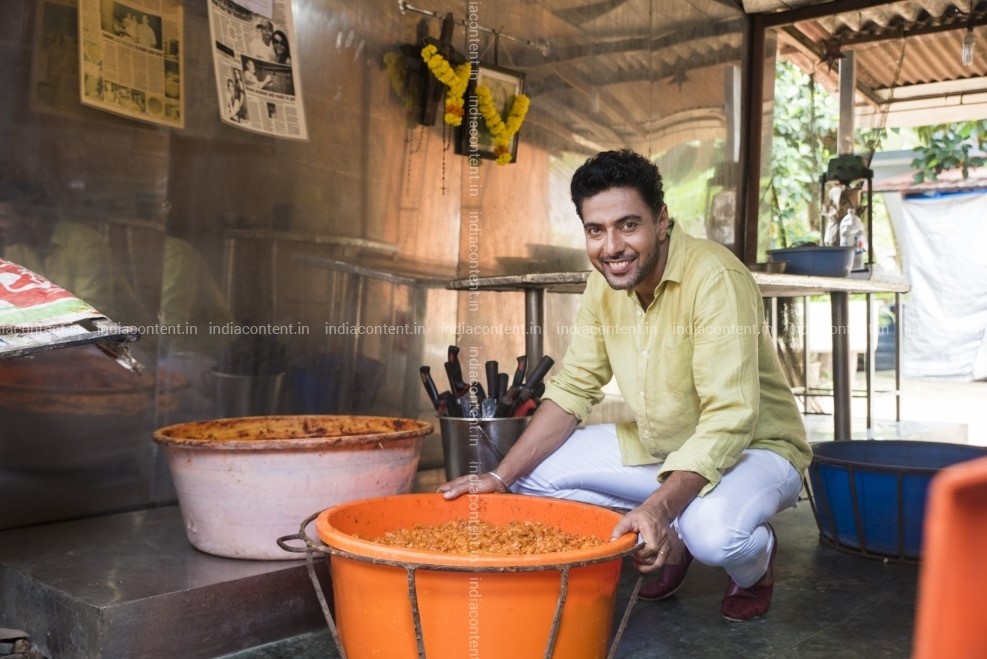 An Indian celebrity chef, TV Show Host, Judge and Food Stylist Ranveer Brar has printed India’s name on the global culinary map with its whip-smart and irresistible culinary skills. He celebrated his 42nd birthday this year on 8th February.

Ranveer had no interest in cooking till the age of 13. He was a yearning child but had never entered the kitchen. It was maybe predestined for him to get influenced by the street kebab vendors of Lucknow. At the age of 17, Brar was taught by one Kebab Ustad called Munir Ahmed on the intricacies of Kebab making. That was the indicative moment for Brar to opt cooking as his calling. Chef Parameswaran Narayanan has also played an important role in Brar’s life.

As Ranveer Brar was born in the family of landlords, he was able to convince his parents for being a respected cook in the district and soon got himself admitted in the catering management college of Lucknow.

According to him, the influential instinct comes from the family. He acquired business wit from his father and creativity from his mother. Her grandmother introduced him to an unreplaceable concept of ‘barkat’ which is conferred on a cook with consecutive practices. He carries expertise in his breakfast recipes. His grandfather being an ex-army person shared some advanced thoughts and opinions to make him a good person overall.

A popular TV Host and food stylist Ranveer Brar has its official youtube channel where he broadcasts his popular recipes. He is known for his healthy breakfast recipes from his new book ‘Come into my kitchen’ which encompasses Mushroom Chilla Crepes, Vegetable Patch Pancake Platter, ‘Indulge Her’ Berry Delicious Muesli Tarts, and so on.

Savour his two most alluring and delicious recipes:

· To make the batter, combine all the ingredients except chocolate chips and mix them well in a blender.

· Now add the chocolate chips to the batter and let it rest for 3-4 minutes.

· Lightly grease a pan with butter and pour a ladle full in it.

· Cook on medium-low flame and flip once bubbles appear on top. Cook for approximately 4-5 mins.

One of the most upcoming chefs of the cooking industry Ranveer Brar was born 1978 in Jatt-Sikh family and brought up in Lucknow. His love for cooking food escalated with the street vendors and he became a volunteer trainee to one of them. He is one of the most appealing and impressive personalities amongst chefs of modern times.

He exchanged his conjugal vows with Pallavi Brar and the deuce has one son named Ishaan.

Ranveer began his career with Taj Mahal Hotel after concluding his studies. In 2001, he launched a seafood restaurant ‘Morisco’, ‘il Camino’ an Italian restaurant and ‘Fish Tail’ a small open-air barbeque eatery at Fort Aguada Beach Resort, Goa. When he came back to Delhi in 2003, he worked with newly opened Radisson Blu Hotel, Noida.

Brar has become the youngest executive chef at the age of 25 in the country.

Later, he went to Boston, Massachusetts, the United States where he commenced a Franco-Asian restaurant named ‘Banq’ which received several accolades including the Best New Restaurant in the World by the magazine ‘Wallpaper’. One World Hospitality Group, one of the oldest restaurant groups in Boston selected him as the Corporate Chef. After returning to India, he united with Novotel, Juhu Beach, Mumbai as the Senior Executive Chef.

In 2016, Brar unveiled a premium patisserie featuring fusion Indian desserts, breads and bakes recognised as ‘English Vinglish’ in Mumbai, a vegetarian fine-dining restaurant known as TAG Gourmet Kitchen in Mumbai. In 2017, he started a restaurant called Mayura in GTA Canada. He also formulated a menu for the MTV India chain of restaurants.

He has received a lot of recognition and accolades and is associated with many institutions for his work as well as brand ambassadors. Lastly, he is awarded as the LFEGA ‘Food Entertainer of the Year’ in 2018 and ‘Indian of the Year’ of the Chef and TV Host of the year in 2017.

If we talk about his awards, the list goes on and on.

The India Content website has a good stock of high-definition images related to Ranveer Brar. The pictures are available in three sizes – small, medium and large.