Abhishek Bachchan‘s birthday wish read: “Wishing a very happy and healthy to one of our greatest ever! Dilip Kumar sahab.”

Varun Dhawan posted a throwback picture of the iconic actor and wrote: “Happy birthday to the loving legend Dilip Kumar saab. On this day 97 years ago, brilliance was born.”

Ishaan Khatter shared an old pic of Dilip Kumar on his Instagram story and captioned it: “Happy birthday, Yusuf saab.”

Actress Tabassum shared a sweet note for her Dilip bhaiya, with whom she as a child artist in the 1950 film Jogan and 1960 film Mughal-e-Azam.

Dilip Kumar (Muhammad Yusuf Khan) was born on 11 December 1922. The actor is popularly known as ‘The Tragedy King’ and ‘The First Khan’ of Bollywood industry.

Dilip Kumar debuted as an actor in the film ‘Jwar Bhata’ in 1944 which was produced by Bombay Talkies.

Kumar was born to Ayesha Begum and Lala Ghulam Sarwar Ali Khan, one of 12 children, in the Qissa Khawani Bazaar area of Peshwar in British India (modern-day Khyber Pakhtunkhwa, Pakistan). His father was a landlord and fruit merchant who owned orchards in Peshawar and Deolali.

Dilip Kumar has won several awards for his outstanding performance in Hindi Cinema. He won nine Filmfare awards and was the first recipient of the Filmfare Best Actor Award in 1954. Critics have acclaimed him as one of the greatest actors in the history of Indian Cinema.

Dilip Kumar was in a relationship with actress Madhubala for a long time but never married her. The actor married Saira Bano in 1966. The actress also acted in many hit Bollywood films between 1961 and 1988.

In a career spanning over five decades, the iconic actor worked in over 65 films.

The India Content website has a good stock of Dilip Kumar images. The pictures are of high- quality and available in three sizes – small, medium and large. 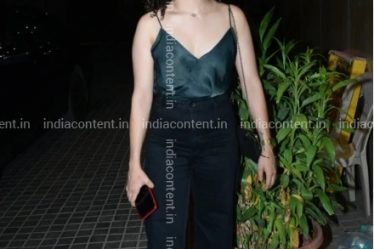