The Indian-American economist and Nobel Prize recipient, Abhijit Vinayak Banerjee celebrated his 59th Birthday on 21st February 2020. Abhijit is presently a Ford Foundation International Professor of Economics at the Massachusetts Institute of Technology.

Abhijit Banerjee was born in Mumbai, Maharashtra to Dipak Banerjee, who was the Head of the Department of Economics at Presidency College, Calcutta and Nirmala Banerjee, a professor of economics at the Centre for Studies in Social Sciences, Calcutta. His father Dipak Banerjee holds a PhD in Economics from the London School of Economics. He did his schooling from South Point High School in Calcutta and completed BSc Honors in Economics in 1981 from Presidency College, then an affiliated college under the University of Calcutta. Later in 1983, he qualified his MA in Economics from Jawaharlal Nehru University (JNU) Delhi. Later in 1988, he went to obtain a PhD in Economics from Harvard University. He did his doctoral thesis on the subject “Essays in Information Economics”.

Abhijit Banerjee was married to Dr Arundhati Tuli Banerjee, a lecturer of Literature at MIT. Abhijit and Arundhati had one son together and they got divorced in 2014. His son Kabir Banerjee, born in 1991 from his first marriage, died in an accident in 2016. In 2015, Abhijit married his co-researcher, MIT professor Esther Duflo and they have two children together. Banerjee was Duflo’s supervisor in her PhD in Economics at MIT in 1999. Duflo is also a professor of Poverty Alleviation and Development Economics at MIT.

As a professional economist, Abhijit’s prime focus is into development economics. Together with his wife Esther Duflo, a French-American economist he has discussed field experiments as an important methodology to capture casual relationships in Economics. In 2004, he was elected as a fellow of the American Academy of Arts and Sciences. In 2009, he got honoured with the Infosys Prize for the social sciences category of economics. He also received the inaugural Infosys Prize in Social Sciences (Economics) category. In 2012 he along with his wife and co-author Esther Duflo was awarded Honourable Mention for Business Book by the prestigious Gerald Loeb Award for their book Poor Economics.

In 2013, he was nominated by the United Nations Secretary-General Ban-Ki-Moon to an expert panel for the mission of updating the Millenium Development Goals after 2015, which was their expiration date. In 2014, he was awarded the Bernhard-Harms Prize from the Kiel Institute for World Economy. In 2019, he delivered the Export-Import Bank of India’s 34th Commencement Day Annual Lecture on Redesigning Social Policy. Abhijit Banerjee shared the 2019 Nobel Memorial Prize in Economic Sciences with Esther Duflo and Michael Kremer for their experimental approach to alleviating global poverty. Abhijit Banerjee and Esther Duflo together are the sixth married couple to jointly win a Nobel Prize. The Press Release of the Royal Swedish Academy of Sciences on Banerjee, Duflo and Kremer’s Nobel Prize-winning thesis noted that their experimental research methods now entirely dominate development economics.

The Nobel committee comment on their thesis: Banerjee, Duflo and their co-authors concluded that students appeared to learn nothing from additional days at school. Neither did spending on textbooks seem to boost learning, even though the schools in Kenya lacked many essential inputs. Moreover, in the Indian context, Banerjee and Duflo intended to study, many children appeared to learn little: in results from field tests in the city of Vadodara, fewer than one in five third-grade students could correctly answer first-grade curriculum math test questions.

“In response to the committee’s findings, Banerjee, Duflo and co-authors argued that efforts to get more children into school must be complemented by reforms to improve school quality.

Banerjee currently serves in the Academic Advisory Board of Plaksha University, an upcoming Science and Technology University in India. His new book co-authored with his partner Esther Duflo Good Economics for Hard Times was published in October 2019 by Juggernaut Books. In January 2020, Banerjee was awarded the Doctor of Letters (Honoris Causa) by the University of Calcutta.

The India Content website has a good stock of images of Abhijit Banerjee. The high-definition images on the website are available in three sizes – small, medium and large. 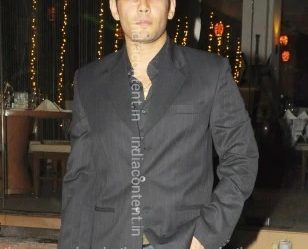