On 5th February, the formation of Ram Mandir Trust has been proclaimed by the Prime Minister, Narendra Modi which would administer the construction of the Ram Mandir in Ayodhya posterior to the Supreme Court Verdict on November 9th. He also chanted Jai Shree Ram amid the announcement in the Lok Sabha. As per the declaration in Lok Sabha on Wednesday, the Union Cabinet has given its acknowledgement to build up an independent trust for the construction of Ram Temple in Ayodhya.

Considering the needs of crores of followers, the trust has been transferred the entire 67 acres land around the site to maintain the divinity of Ayodhya and for monitoring the construction of the temple. The trust has been named as Shree Ram Teertha Kshetra encompassing 15 members with one member from the Dalit community. According to Union Home Minister Amit Shah, this step has been taken to ensure communal unity.

The Supreme Court has declared that the five acres of land, 25 km away from the Ayodhya site has been granted to Sunni Waqf Board posterior to the agreement of Uttar Pradesh government.

This declaration has been made four days before the concluding date of the prescribed three months period of making trust by the Supreme Court.

The Supreme Court had promulgated in its November 9th Ayodhya judgement that a trust will be designed to build Ram Temple at the erstwhile disputed site of Ayodhya and instructed the centre to allot an alternative 5-acre plot to the Sunni Waqf Board for constructing a mosque at a well-known place in Uttar Pradesh. It was announced by the apex court that the trust should be established within three months for building Ram Temple at the site Ayodhya which is believed to be the natal place of the Hindu’s deity Ram.

As per Hindu Legends, Ayodhya is known as the Ram Janambhoomi which is believed to be the birthplace of Lord Rama. It is believed by the Hindu alliance that the Mosque was built here by knocking down the temple which is considered as the birthplace of the Hindu supreme being Rama whereas Muslims asserts that Mosque was never constructed after the demolition of the temple but with the support of the ruins of the temples. This case had taken a big momentum because of the religious, historical and political conflicts moving around the possession of the site.

It is believed that when Babur was called to India by Indian Governor to beat Ibrahim Lodhi in 1526, then one of his commanders after triumphing north-east India visited Ayodhya where he constructed a mosque and named it as Babri-Masjid to give salutation to Babur. The Mosque was built in a grand enclosure so that Hindus and Muslims both can idolize under one dome which means Muslim inside the Mosque and Hindus outside the Mosque but inside the compound i.e. Mosque-Temple. Since then, this property is under disputation that whether it was constructed after the destructed site of the temple or established after ruination.

A five magistrate constitution bench in Supreme Court brought this Ram Mandir controversy of 2.77-acre land to an end. The Supreme Court announced the first-ever most anticipated Ayodhya Verdict on November 9th. The bench directed by Chief JusticeRanjan Gogol with Justices S A Bobde, D Y Chandrachud, Ashok Bhushan and S Abdul Nazeer had shifted an alternative land parcel to the Muslim group for the construction of a mosque that had marked off claim in disputed land of Ramjanambhumi.The apex court had proclaimed that the mosque should be constructed at a ‘conspicuous location’ and a trust should be formed within three months for the establishment of Rama Temple where Hindus believe Lord Rama was born and it will also have a representation of the ‘Nirmohi Akhara’.

The land has been turned over to the divinity Ram Lalla who is one of the three candidates in the case. However, the central government beneficiary will keep custody of the land. As mentioned in the landmark verdict, a conspicuous location in the religious township of Uttar Pradesh will be assigned for a mosque. According to the judges, the Hindus were able to demonstrate their case that they were in the dominion of the outer courtyard whereas the Muslim side was inapt to demonstrate their unshared dominion of the inner courtyard. The judgement released after the 40 days of long-term hearing by the Supreme Court in the much-cogitated Babri Masjid-Ram Janambhoomi title dispute case.

The India Content has a good stock of high-definition images related to Ram Mandir. The images are available in three sizes – small, medium and large. 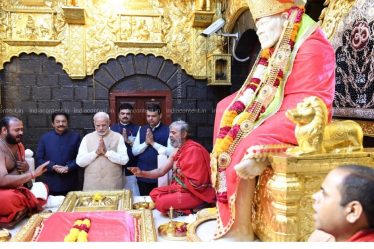