Rajnath Singh on an Official Visit to Russia 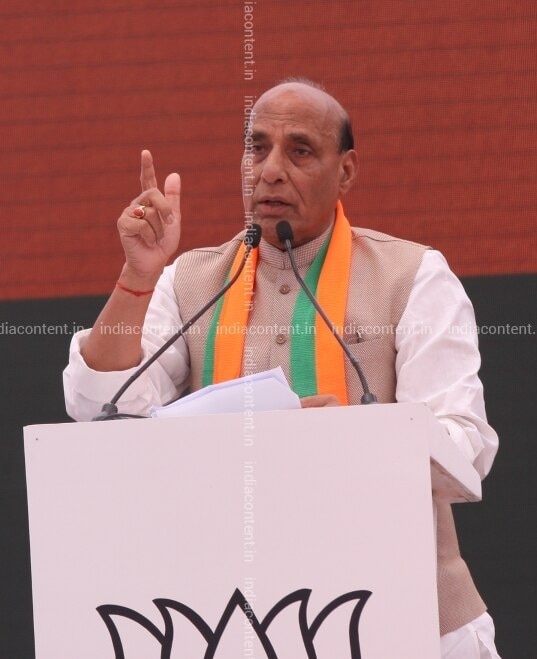 Defence Minister Rajnath Singh is in Russia on an official three day visit from 5th to 7th November, 2019. He will co-chair the 19th India-Russia Inter-Governmental Commission on Military and Military-Technical Cooperation in Moscow. He along with Russian Minister of Industry and Trade Denis Manturov will inaugurate India-Russia Defence Industry Cooperation Conference.

Defence Minister will also initiate the India-Russia Defence Industry Cooperation Conference which will discuss ways to promote defence industrial cooperation between India and Russia, technology transfer and investment in India in defence industry under the Make in India. Russia will pitch for a government-to-government deal for Project-75 India to build six new conventional submarines.

Rajnath Singh will review the progress of the two mega deals signed between India and Russia over the last year and a half and these include the S400 Triumf air defence systems as well as the deal to build two frigates for the Indian Navy in Russia. He may visit the Russian Defence Production facilities in and around St. Petersburg including the production facilities of S400 systems.

On the 3-day visit to Russia, Rajnath Singh will focus on Make in India initiative in the defence sector. Russia will pitch in for a more elaborate upgrade of India’s frontline fight Aircraft i.e. the Su-30 MKI than what is being planned by the Indian Air Force. The two countries will also focus on firming up an Agreement on Reciprocal Logistics Support which will allow both to access each other’s military bases and facilities including fuel and supplies.

This is similar to the Logistics Support Agreement (LSA) that has been signed between India and United States earlier. India is now focusing on signing such LSAs with countries across the world. Russians are also expected to push for a contract to manufacture the much awaited Kamov 226T light helicopters in India. While the technical details of the helicopter project have been worked out the next step of awarding the contract to HAL-Kamov combine has been delayed.

While addressing the CEOs of Original Equipment Manufacturers in Moscow, Rajnath Singh declared that India wants to collaborate with Russia to modernize defence platforms by advanced and emerging technology. He stated that the government of India is encouraging Original Equipment Manufacturers to partner with Indian entities and make use of the Make in India initiative.

Prior to this Defence Minister was in Uzbekistan from Friday to Sunday to attend the 18th meeting of the Council of Heads of Government of SCO at Tashkent. He was called upon by the Shanghai Cooperation Organization to strengthen all existing international laws to combat terrorism. Addressing the 18th meeting of the SCO, Rajnath Singh urged the member countries to come forward together to deal with terrorism without double standards. He stressed the process of globalization has opened up immense opportunities for the growth of SCO members but also brought to the fore the multi-dimensional complex affecting developing countries. He also said that terrorism continues to disrupt the societies and undermine the developmental endeavours and it is important for the SCO countries to come together to deal with the menace.

In Moscow Rajnath Singh encouraged the industry leaders to make use of the important economic reforms managed by the government under the leadership of Prime Minister Narendra Modi of doing effortless business and starting the defence manufacturing sector for foreign participation. He called attention to the Intergovernmental Agreement on joint cooperation in manufacturing of spares, components, aggregates and other materials. He hoped that the manufacturing in India will show cost reduction, reduction in timelines of the supplies and progressive indigenization of spares. Mr. Singh also requested Russian manufacturers to participate in the forthcoming DefExpo 2020 that is to be held in Lucknow, Uttar Pradesh from February 5th -8th 2020.