Why the Protest at Jamia College?

On 13 December, the students of Jamia Millia Islamia University undertook a march to the Parliament, protesting against the Citizen Amendment Act (CAA) against the exclusion of Muslims, alleging it to be against the ethos of the Constitution.

Fifty students were detained by the police after the clash. As per the students, police attacked the peaceful protestors with stones and batons, in which several students were injured.

The Delhi Police has registered two separate cases in connection with clashes at Jamia Millia Islamia University on Monday, December 16. Two cases have been registered under the IPC Sections relating to rioting and arson—first for arson, rioting, damage to government property and hampering government work, and the second case has been filed for riots, stone-pelting and obstructing the work of the government.

Not only has the situation remain tense after violent protests over the amended Citizenship Act, but the entire South Delhi also turned into a battlefield. Many buses were set ablaze and several other vehicles damaged in the clash between protesters and the police near New Friends Colony in South Delhi on Sunday, leaving several people and cops injured.

Deputy Chief Minister Manish Sisodia announced that all private and government schools in the affected areas of South-East district would remain closed on Monday, December 16 on account of the violent protest.

Delhi Traffic Police shut vehicular movement in many areas of Delhi. Traffic from some areas of south Delhi was diverted.

Besides, the Delhi Metro Rail Corporation closed several metro stations like Sukhdev Vihar, Jamia Millia Islamia, Jasola, Okhla Vihar, and many more. Later several other metro stations in South Delhi and other areas were shut in anticipation of another protest by the students.

Chief Minister Arvind Kejriwal appealed to protesters to remain calm. He tweeted, “No one should indulge in violence. Any kind of violence is unacceptable. Protests should remain peaceful.” Later he said that he had spoken with Lieutenant Governor urging him to take steps to restore normalcy and peace.

“We are also doing everything possible at our end. Real miscreants who caused violence should be identified and punished,” Kejriwal said in another tweet.

The clashes came two days after several Jamia Milia protesters were detained and baton-charged by the police to prevent a protest march from their campus to the Parliament House against the Citizenship (Amendment) Act on Friday. Shortly after the violent protest, police entered the university campus and blocked the university gates to nab the outsiders who had entered the premises to hide. According to the students, who were staging protests, a mob from outside entered and indulged in violence.

Later, video footages of the police firing tear gas shells inside the campus started emerging. Many students alleged that the police fired tear gas inside the library. There were unconfirmed reports that some girl students were stuck inside hostels and the police had turned off the lights, trapping the students.

The university Vice-Chancellor Najma Akhtar told news agency PTI, “Students who were inside library have been taken out and are safe. The police action is condemnable.”

JMI students have time and again maintained that their protests were peaceful and non-violent. They said, “We stand by this approach and condemn any party involved in the violence.” The university administration also stated that the protest was held by the people of the nearby areas and not by JMI students.

The Jamia Teachers’ Association (JTA) condemned the violence. “JTA is not part of any such violence. JTA also appeals to students, if any, to keep away from such direction-less protest lead by local political leaders. Jamia practices and preaches peace. JTA condemn all sort of violence near Jamia or anywhere in India,” it said in a press release.

The university has already declared winter vacation and postponed semester examination after the December 13 incident. A large number of students staying in hostels have already left and the Vice-Chancellor Najma Akhtar appealed to the students to maintain peace.

According to Chinmoy Biswal, the deputy commissioner of police, South-East district, a mob caused arson, set motorcycles on fire and pelted stones at cops. He said that the people of the area were protesting in groups in several areas and police personnel were monitoring it carefully. While some of the residents of New Friends colony tried to move towards Ring Road to disrupt traffic. But they were stopped at Holy Family hospital by installing make-shift barricades. Despite that, some of the protesters managed to reach Ring Road and tried to disrupt traffic. At this time, police baton-charged and fired tear gas to disperse the protesters.

According to him, some antisocial elements were present in those groups, but some students also pelted stones on cops from inside the campus. In retaliation, police entered into the campus to arrest the agitators.

According to Mandeep Singh Randhawa, DCP Central District and PRO of Delhi Police, the situation is under control now. Delhi Police appeals to the residents to stay calm and to not act on rumours.

What is the CAA (Citizenship Amendment Act)?

The Citizenship Amendment Bill (CAB), which has now become an Act (CAA), is based on religion. The CAA cannot deny rights to Indian Muslims even if anyone tries to. It makes it easier for the non-Muslim immigrants from India’s three Muslim-majority neighbours to become citizens of India. It cannot take away the citizenship of Indian Muslims

The Citizenship (Amendment) Act grants citizenship to the Hindus, Sikhs, Christians, Jains, Parsis and Buddhist from Pakistan, Afghanistan and Bangladesh who had arrived in India before 31 December 2014.

In simple words, those who belong to the above-mentioned religions, coming in from the three countries, stand a chance to obtain Indian citizenship, even if they don’t have the required documents. Moreover, they will not be deported for not having the requisite documents. Also, the requirement for them to stay in India for at least 11 years before applying for Indian citizenship has been reduced to five years.

However, with the Citizenship Amendment Bill 2019 turning into an Act, there’s a sense of confusion among many that the CAA and NRC will deny citizenship to certain existing Indian citizens or it is against Muslims.

CAA and National Register of Citizens (NRC) are completely different. NRC is not based on religion. It seeks to detect any illegal immigrant, regardless of their caste, creed or religion and detain and eventually deport them.

The India Content website has a good stock of images related to Jamia protest. The high-quality images are available in three sizes-small, medium and large. 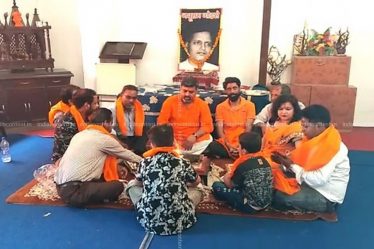