The bloodshed of 23 Kashmiri Hindu Pandits in the town of Wandhama, Jammu and Kashmir was witnessed on 25 January 1998. The victims comprised four children, nine women and ten men.

The situation in Kashmir has repeatedly seen big extermination when Kashmiri Pandits or Kashmiri Hindus were compelled to change their religion to Islam. January 19 is memorialised by the ‘Kashmiri Hindus’ as the most ‘exodus day’ of being forced to leave their residences from Kashmir valley. Many people were assassinated overnight and assaulted publicly in Kashmir. Hundreds of mass were sought to accept the dress code of Islam.

30 years ago, the distraught and ghoulish night in the form of ear-splitting menace was observed by the Kashmiri Pandits seeking them to depart their homeland, convert or die. On January 19, 1990, this chilled, gloomy night was proved to be a disastrous calamity for the mass living in the valley. The Islamic insurgents had announced the message for Sikhs and Hindus on loudspeakers – Ralive, Tsaliv and Galive (either convert to Islam, leave the land or die).

It is believed that the Lashkar-e-taiba had inflicted the bloodbath in Jammu and Kashmir on 25 January 1998. The incident took place in Wandhama, a small town near Ganderbal in the union territory of Jammu and Kashmir in India. Earlier, the state had a populace of splinter groups of Hindu Kashmiri Pandits, over half of a million of whom had departed from the Kashmir valley to the Hindu majority Jammu part of the state posterior to the campaign being carried out by the state militants of assassination and bullying against them.

In this bloodshed, the goons had assassinated over 23 Kashmiri Pandits staying in the village of Wandhama. A 14-year old Hindu boy named Vinod Kumar Dhar, who was one of the prime witness and remnant of the massacre, told that the goons visited their house dressed like Indian Army soldiers, had tea with them and were waiting until the final radio message announcing the coverage of all Pandit families. Posterior to a small debate, they brought all the Hindu members of the family together and slaughtered them brutally with their Kalashnikov rifles. This bloodbath was evaluated to correspond with the Shab-e-Qadar, the divine night of the month of Ramzan when the devotees are usually awake till dawn and were purportedly pledged by Abdul Hamid Gada of the Hizbul Muzahideen.

In 2000, the Gada was eventually shot dead by the Indian Security Forces. The local Hindu temples and the houses of Pandits were widely demolished. Educational Institutions were destructed and forcibly occupied. Business houses including shops and factories were looted and torched, horticulture and agriculture-dependent families were deprived of their source of income. Many inhuman practices were exercised like drowning alive, gouging out of vital organs, burning alive, branding with hot irons, strangulation by using steel wires etc.

The intention behind Kashmiri Pandits and Sikh bloodshed is assumed to create communal fault line wars and drive out their communities from three distinct regions of the Jammu and Kashmir valley. In the Exodus of Hindus, over 3,50,000 Kashmiri Pandits comprising close to 99% of the total mass of Hindus staying in the Muslim majority area of the Kashmir valley were effectively accelerated out of the Valley by Muslim rebels who were prepared in Pakistan.

All the Kashmiri Hindus were still living in exiles. The JKLF and Islamist insurgents aimed to force out Hindus of the Kashmir valley during late 1989 and early 1990. They wanted to have Islamisation, ethnic cleansing in the valley of Kashmir as they were already battling for the independence of Kashmir from India. They were using various ways to eradicate the Hinduism from Kashmir valley like using arsons, rapes, targeted killing, murders, threats, instilling fears amongst Hindus etc.

Most of the Kashmiri Hindus left the valley of Kashmir and started living as refugees in different parts of the country.

The terrorist violence against Kashmiri Pandits was targeted at accomplishing the disengagement of the state of Jammu and Kashmir from India and its incorporation to Pakistan. The Islamic fundamentalists continued their battle for the homeland of Pakistan where Jammu and Kashmir State is asserted on account of its Muslim majority character.

This peace-loving minority with a modern outlook was the prime sufferer of terrorist violence as Hindus were always at the forefront in the battle of secessionism, communalism and fundamentalism. The terrorist desired the annihilation and cutback of Hindus from the state due to their non-subscribing idea of separation from India. They were also not anticipating to be ruled by the authority of the state which derives its sanction from the law and precedent of Islam.

The Jamaat-e-Islami had initiated the process of inflicting catastrophe on Hindus in Kashmir which was formed for 1989 Jihad. They enforced the Islamic dress code in Kashmir and announced a slogan ‘All of us, you run or die’. Posterior to this, the Kashmiri Pandits owning crores of properties and assets were forced to leave their ancestral properties thereafter and started living in refugee camps.

The India Content website has a huge stock of high-definition images related to the Kashmiri Pandit Massacre. The pictures are obtainable in three sizes – small, medium and large. 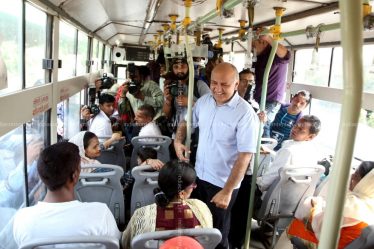 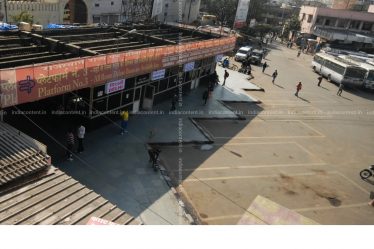