One of the former leaders of Samajwadi Party Amar Singh celebrated his 64th birthday on 27 January 2020.

Born on 27 January 1956, Amar Singh is an Indian politician from the state of Uttar Pradesh. He was general secretary of the Samajwadi Party and was a member of the Rajya Sabha, the upper house of the Parliament. Singh resigned from all the posts of Samajwadi Party in January 2010 and was later expelled from the party by its head, Mulayam Singh Yadav in February 2010.

Singh spent a short period in judicial custody in 2011. When he finally retired from politics, he gave a statement which said, “I want to give more time to my wife and my family. Therefore after the last day of polling, I will retire from politics.”

In 2016, Singh was elected to Rajya Sabha with support from Samajwadi Party even after facing stiff opposition from some people in the party including the then Chief Minister of Uttar Pradesh Akhilesh Yadav.

Singh launched a political party, Rashtriya Lok Manch, in 2011, and fielded candidates in 360 of the 403 seats in Uttar Pradesh in the 2012 assembly polls. However, his party did not win a single seat in this election. He then joined the Rashtriya Lok Dal party in March 2014, contested the general elections in the same year from Fatehpur Sikri, Uttar Pradesh and lost.

Singh was admitted at a hospital in Dubai with kidney failure and was stated to be critical on February 19, 2013.

Amar Singh would always stay in the news through his statements and theatrics. Here are some moments when he created controversies.

In September 2008, Singh asked for a judicial enquiry into the Batla House encounter as according to him, the police shoot-out with terrorists was fake. Later, a check of Rs 10 lakh which he gave to the family of a police officer, who died in the encounter, bounced.

In July 2008, Singh was charge-sheeted after allegations that he conspired and set up the cash-for-votes scandal when the UPA government was facing a floor test in Parliament.

In 2011, he was allegedly fixing deals with businessmen, politicians, Bollywood celebrities and bureaucrats over the phone. When the taped phone conversations were made public by the media, he said the voice in the tapes was not his.

In 2011, Amar Singh was involved in a ‘fix-a-judge’ CD controversy, as well. A conversation between Singh, Samajwadi Party chief Mulayam Singh Yadav, and former law minister Shanti Bhushan was there in the CD, in which Bhushan is allegedly heard suggesting that a judge could be bribed for Rs 4 crore for the desired court verdict.

Amar Singh was a very good friend of Bollywood megastar Amitabh Bachchan. The politician even helped Bachchan when his film career was going through a bad phase. He was the political advisor to Jaya Bachchan when she was a Samajwadi Party MP. The friendship between the actor and the politician ended during the 2009 Lok Sabha elections.

In May 2009, Singh, who was then Samajwadi Party general secretary, made a shocking statement that party candidate Jaya Prada might commit suicide if the people of Rampur didn’t elect her. He said at a rally, “If you people do not vote for the bicycle (Samajwadi Party symbol) and her bicycle does not go to Delhi, then Jaya Prada might commit suicide.”

In July 2008 Amar Singh accused former UP chief minister Mayawati of kidnapping six Samajwadi Party’s MPs ahead of the vital trust vote. Later, the six MPs were expelled from the Samajwadi Party.

Former UP chief minister Mayawati had been a bitter rival of Amar Singh. They both never lost an opportunity to attack and abuse each other. But in January 2010, Singh said he respected Mayawati.  He once said, “Congress chief Sonia Gandhi and Mayawati are political personalities in their own right. One lady has proved herself in the state of UP against all odds and the other has proved herself in the country against all odds.”

Once, in a tape leaked by newspapers and magazines, Anil Ambani, chairperson of Reliance ADAG, the businessman was allegedly heard offering “Rs 20-25 crore” to fix a deal to Singh. Singh claimed the tape is fake.

In 2007, superstar Shah Rukh Khan joked at an awards function that he could see ‘darindagi’ (evil intent) in Singh’s eye. After a few days, a crowd gathered outside the Bollywood star’s house in Mumbai and demanded that he apologise to Singh. Khan accused Singh of trying to scare his kids.

The India Content website has a good stock of images of former Samajwadi Party leader Amar Singh. You will find many images of the former politician from various meetings, parties, press conferences and other events. Amar Singh’s photos with several politicians are also available on the website. 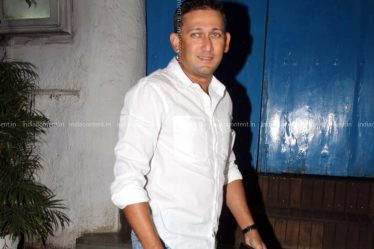 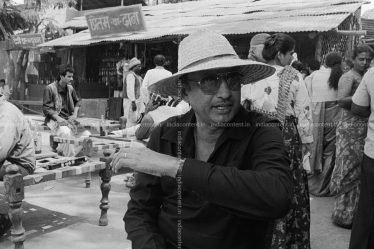