Rashtriya Swyamsewak Sangh’s Foundation Day is being celebrated today, i.e.27th September 2019. The RSS was launched in September 1925 by Keshav Baliram Hedgewar. This marks the 94th Foundation Day. Every year on this day Shastra (weapon) Pujan is performed by the RSS Chief, Dr. Mohan Bhagwat. This ceremony is performed at various units of RSS spread across the country. The RSS Cadres also take part in Path-Sanchalan Ceremony.

Rashtriya Swayamsevak Sangh -RSS is the non-governmental organization. The crores of members in India are known as Swayamsevak. Dr. K. B. Hedgewar found the organization in 1925 on the Hindu holy day of Vijaya Dashami. Hedgewar was a political protege of B.S. Mooanje, a Tilakite Congressmen, Hindu Mahasabha politician and social activist from Nagpur.

Hedgewar was a member of the Anushilan Samiti, an anti-British revolutionary group. The methods of these societies were eventually used by him in organizing the RSS. After returning to Nagpur, he organized anti-British activities with the help of Kranti Dal and participated in Tilak’s Home Rule campaign in 1918.

He realized that revolutionary activities alone were not enough to overthrow the British power. After reading V.D.Sawarkar’s Hindutva, published in Nagpur in 1923, and meeting Savarkar in the Ratnagiri prison in 1925, Hedgewar was extremely influenced by him, and he founded the RSS with the objective of strengthening the Hindu society. He believed that British were able to rule over the vast country of India because Hindus were disunited and lacked a civic character. He recruited Hindu youths with revolutionary zeal, gave them a uniform and taught them paramilitary techniques with bamboo staff, sword, javelin and dagger.

Hindu ceremonies and rituals played a vital role in the organizationso that people are aware of India’s glorious past and are bind in a religious communion. Keshav Baliram Hedgewar also held weekly sessions called Baudhik- ideological education consisting of simple questions concerning the Hindu nation and its history and heroes.

He asked the volunteers to become saints first by renouncing professional and family lives and dedicating themselves to the cause of the RSS. This tradition gave the RSS the character of a Hindu sect. Former Prime Minister of India Atal Bihari Vajpayee was a lifelong member of RSS. Most leaders and active members of BJP were members of the Sangh.

RSS has always worked towards nation building. Its first major contribution was during partition in 1947. Recipient of the highest civilian award in India: Bharat Ratna, Bhagwan Das commended the role of the RSS in protecting the newly formed Republic of India. RSS supported and participated in movements to decolonize Dadra and Nagar Haveli, which was at the time ruled by Portuguese colonists.

Prime Minister Jawaharlal Nehru invited RSS to take part in the Republic Day parade of 1963 in recognition of its volunteer work during the Sino-Indian War in 1962. In 1971 Bangladesh War of Independence, RSS volunteers offered their services to maintain law and order of the country and were first to donate blood. RSS cadres are always at the forefront during internal problems like floods, earthquake.

Taking a note at the ideology of RSS on its Foundation Day we see that RSS works for the glory of the country by uniting the entire country and protecting Hindu Dharma. RSS brings awareness of the nation, its heritage and culture unto the minds of people. This glory belongs to every section of the humanity. 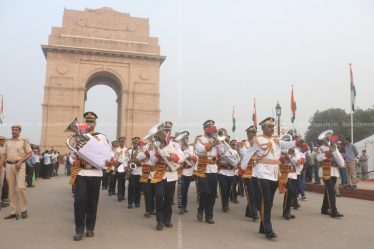 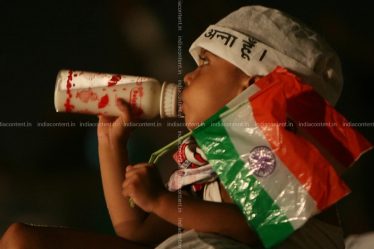