The nation celebrates the Rashtriya Ekta Diwas or National Unity Day on the birth anniversary of Sardar Vallabhbhai Patel who played an important role in uniting India. He is also famous as an Iron Man of India and one of the founding leaders of the Republic of India.

Why do we celebrate Rashtriya Ekta Diwas?

In 2014, the Government of India introduced Rashtriya Ekta Diwas or National Unity Day with an aim to pay tribute to Sardar Vallabhbhai Patel on his birth anniversary. The day was inaugurated by Prime Minister Narendra Modi in 2014. He paid tribute to the Sardar Patel’s statue and flagging of a program—’Run For Unity’—which was held to spread awareness about Sardar Vallabhbhai Patel’s contribution to Indian history.

On the occasion of the birth anniversary of Sardar Vallabhbhai Patel, the Union Home Minister Amit Shah wrote to all the states and Union Territories to celebrate Rashtriya Ekta Diwas with enthusiasm and fervour. This year, National Unity Day has a special significance, as it marks the completion of the task of making Jammu and Kashmir, and Ladakh an integral part of India by abrogating Article 370. This truly represents the dream of Sardar Vallabhbhai Patel of an integrated India.

The official statement for National Unity Day by the Home Ministry of India cites that the Diwas “will provide an opportunity to re-affirm the inherent strength and resilience of our nation to withstand the actual and potential threats to the unity, integrity and security of our country”.

A parade at Kevadiya in Gujarat which is the site of the Statue of Unity was organised. Police forces of each State and Union Territory and Central Armed Forces participated in the Parade. All district administration organised a ‘Run for Unity’ parade. Sardar Patel’s portrait with an inscription “No one would be permitted to damage the security, unity, and integrity of India” was displayed in all police stations and police offices.

Sardar Vallabhbhai Patel is always remembered for his extraordinary works for the country and no doubt, he worked hard in keeping India united.

Sardar Vallabhbhai Jhaverbhai Patel was born on 31 October, 1875 at Nadiad in Gujarat. He died on 15 December, 1950 at Bombay. After Indian independence, he served the first three years as Deputy Prime Minister, Minister of Home Affairs, Minister of Information and Minister of States. Sardar Patel attended primary school at Karamasad and high school at Petlad. He married at the age of 16, matriculated at 22 and passed district pleader’s examination due to which he was able to practice law.

In Godhra, he set up an independent office of district pleader in 1900. In August 1910, he went to London for further studies. It was 1913 when he returned to India and settled in Ahmadabad and became a barrister in criminal law at the Ahmadabad bar.

Sardar Patel served as the first Indian municipal commissioner of Ahmadabad from 1917 to 1924 and was elected as a municipal president from 1924 to 1928. In 1918 Sardar Patel made his first mark by a mass campaign of peasants, farmers, and landowners of Kaira, Gujarat, against the decision of the Bombay government. Despite crop failures due to heavy rains, the government wanted to collect full annual taxes. In 1928, he successfully led the Bardoli campaign and earned the title Sardar that is “leader”.

Sardar Vallabhbhai Patel was the second candidate after Mahatma Gandhi to the presidency of the 1929 Lahore session of the Indian National Congress. In 1931, he presided the Karachi session of the Indian National Congress. He was the first chairman and founder of the Edward Memorial High School Borsad (E.M.H.S). It is now known as Jhaverbhai Dajibhai Patel High School.

Sardar Ptel always worked hard to make India a United India (Ek Bharat). To create Shreshth Bharat or Foremost India, he requested people of India to live together. Being the first Home Minister and Deputy Prime Minister, he played an important role in the integration of many Indian princely states to make an Indian federation.

The India Content website has a good stock of Rashtriya Ekta Diwas imges. The photos are available in three sizes—small, medium and large. 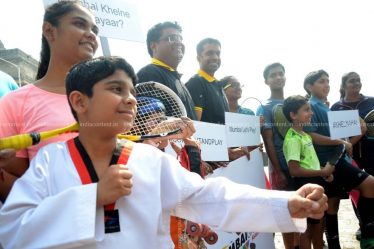