“You have stolen my dreams and my childhood. How dare you?”  Young climate activist Greta Thunberg opened the UN Summit with a blunt and emotional speech, accusing the world leaders of betraying her generation by not taking strong measures to combat climate change. She stated that the generations that have polluted the most have burdened her and her generation with the extreme impacts of climate change.

“This is all wrong. I shouldn’t be up here. I should be back in school on the other side of the ocean, yet you all come to us young people for hope,” said the 16 year old who is taking a year off from her studies.

“You have stolen my dreams and my childhood with your empty words, yet I’m one of the lucky ones. People are suffering, people are dying, and entire ecosystems are collapsing.

We are in the beginning of mass extinction, and all you can talk about is the money and fairy tales of eternal economic growth. How dare you?” said the young Swedish activist.

“But no matter how sad and angry I am, I do not want to believe that, because if you really understood the situation and still kept on failing to act, then you would be evil, and that I refuse to believe,” added the most prominent face of the youth climate movement since the  launch of school strikes.

Angry young activist Thunberg further added, “If you choose to fail us, we will never forgive you. We will not let you get away with this.”

Thunberg also took aim at the summit to ask the countries to expand their commitment saying “There will not be any solutions or plans presented in line with these figures because these numbers are too uncomfortable, and you are still not mature enough to tell it like it is”

Those warnings from Greta Thunberg and other youth climate activists opened the daylong United Nations summit, featuring leaders from more than 60 countries. Each young leader was allowed three minutes to reveal plans to step up emission reductions.

The Youth Climate Action Summit 2019, a historic event which took place on September 21, 2019 at the United Nations Headquarters in New York, brought together young climate activists and many civil society leaders from across the world who shared the commitment to fight climate change. The event showcased the success of youth activists, innovators, entrepreneurs, and empowered the next generation of leaders to take action. The young leaders showcased their climate solutions and engaged with global leaders on this major issue of our time.

In a measure of the gap between government action and the ever-louder alarms sounded by climate scientists, the United Nations Development Programme said that 14 nations representing a quarter of global emissions have beckoned that they do not intend to revise the current climate plans by 2020.

UN Secretary-General Antonio Guterres, who organised the summit, warned governments before the event that they would have to offer action plans to qualify to speak at the climate summit. He called on world leaders to come not with fancy speeches but with realistic plans to cut more planet-heating pollution and speedily accelerate action to implement the Paris Agreement.  Guterras tried to capture the urgency of climate change and called out the fossil fuel industry. “Nature is angry. And we fool ourselves if we think we can fool nature, because nature always strikes back, and around the world nature is striking back with fury,” he said.

“There is a cost to everything. But the biggest cost is doing nothing. The biggest cost is subsidising a dying fossil fuel industry, building more and more coal plants, and denying what is plain as day: that we are in a deep climate hole, and to get out we must first stop digging,” Guterres added.

Over the past year, the UN Secretary-General has called for no new coal plants to be built after 2020, urged a phase-out of fossil fuel subsidies and asked countries to work out how to achieve carbon neutrality by 2050.

The young climate activists, who have held massive rallies worldwide, demanded actions instead of words in the fight against global warming. A number of countries pledged to reduce their emissions to carbon-neutral levels by mid-century. Prime Minister Narendra Modi assured to bring online more renewable energy. German Chancellor Angela Merkel promised to double financial contributions to a global climate change fund. The executives from steel, cement industries pledged to share detail plans to slash emissions from their industries.

However, by the end of the day, only 23 small and medium-sized countries, representing about 2.3% of global emissions, had announced their intent to step up their actions to fight climate change, and none of the highest-polluting nations had done so, as per the World Resources Institute think tank.

Though some countries have made progress, there are a few countries which, according to a U.N. report, are responsible for 80% of global emissions and are falling short to meet even their modest climate promises under the Paris agreement even as heat waves, high temperatures and wildfires have provided glimpses of the devastation that can negatively impact the world.

According to experts, a major obstacle in this is the tough reality that the world has turned harsher to climate action since the Paris accord was forged. The United States is among many countries that have shifted inward toward economic nationalism while increasing support for fossil fuels.

The India Content website has a good stock of Climate Action Summit. The pictures are available in three sizes—small, medium and large. Just log on to www.indiacontent.in 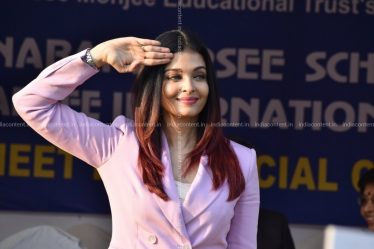