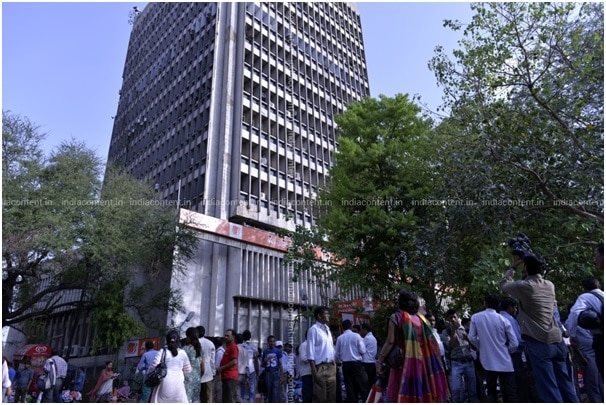 Tremors were felt in Delhi-NCR, Kashmir, Chandigarh, parts of Himachal and many towns in Pakistan, including Islamabad, Lahore and Khyber Pakhtunkhwa range.

As per the co-ordinates released by the US agency, the epicentre of the earthquake was located near the New Mirpur city in Pakistan-occupied Kashmir.

Dangerous and safest places in Delhi

Most places along the river Yamuna River and its flood plain, including highly populated residential colonies in east Delhi will be among the worst-hit during an earthquake, according to a report on ‘seismic hazard microzonation’ of Delhi brought out by the Ministry of Earth Sciences . The areas which include Parliament, central ministries and VIP residential buildings, also falls under the high risk zone but this area is not as risky as the areas along the river Yamuna. Areas such as AIIMS, J N U,  Chhatarpur and Naraina fall under the safest zone while the high risk zone are in east, central and northern parts of Delhi. Areas including Vasant Kunj and Hauz Khas are also among the low hazard zone. Delhi University’s north campus, Gita Colony,  Shakarpur, Sarita Vihar, Rithala, Paschim Vihar, Wazirabad, Rohini, Jahangirpuri, Bawana, Karol Bagh and Janakpuri fall under the high hazard zone. Most of these areas are along the bank of river Yamuna and its flood plain. Moreover, areas like IGI Airport, Burari and Najafgarh fall under second worst “high risk” index category.

Delhi sits on top of three active seismic fault lines— Sohna fault line, Mathura fault line and Delhi-Moradabad fault line. But, Gurugram sits on seven fault lines, making it the most unsafe area in Delhi NCR during an earthquake. If any of these fault lines becomes active, it can cause an earthquake of up to 7.5 magnitude. In 1960, an earthquake with epicentre along the Delhi-Gurugram border of 6.2 magnitude damaged nearly 200 structures and killed and injured several people. However, at that time, Gurugram was largely a village. Today, Gurugram is a densely populated city with a large number of high rise buildings.

Most high-rise residential buildings declare themselves to be earthquake-resistant. However, that doesn’t ensure safety of the building. Some builders claim that they have followed standards of a zone with higher risk. According to a 2016 report by Assocham and Miamoto on earthquake safety, following are the categories of earthquake resistance buildings.

A category buildings are fully operational

In this type of earthquake resistance, the building, its contents and utilities are trembled by an earthquake, but no damage occurs in any of these. The function of the building is not disrupted by the earthquake.

In this type of earthquake resistance, the building, its contents and utilities are shaken badly in their non-linear range of behaviour. Major damage occurs in this type of building. However, the building remains within its reserve capacity and does not reach the state of imminent collapse. The use of the facility is restricted after the earthquake until detailed structural safety assessment is performed to determine the suitability of the building for retrofitting. If found suitable, the building can be reconstructed.

D category buildings comes with collapse prevention In this type of earthquake resistance, the building, its contents and utilities are shaken harshly rigorously in their non-linear range of behaviour. Major damage occurs in this type of buildings. The building does not have any added reserve capacity and is in the state of imminent collapse. Also, the building cannot be used after the earthquake.