Vijayadashami also is known as Dusshera or Dashain is a major festival of Hindus celebrated at the end of Navaratri every year. It is witnessed on the tenth day in the Hindu calendar month of Ashvin or Kartik, the sixth or seventh month of the Hindu Luni-Solar Calendar respectively, which actually falls in the Gregorian month of September or October.

Vijayadashami is observed for many reasons and is celebrated differently in various parts of India.  It is observed in the southern, eastern and northeastern states of India. Vijayadashami marks the end of Durga Puja and is remembered for goddess Durga’s victory over the buffalo demon Mahishasura to restore and protect the dharma. In the northern and western states, this festival is synonymously called Dusshera (also spelled Dasara or Dusshera).

In these regions, it marks the end of Ramlila, wherein it remembers Lord Rama’s victory over the Ravan. Here, on the very same day, Arjun alone decimated 1 lakh+ soldiers & defeated all kaurav warriors including Karna, Kripa, Bhishma, Drona, Ashwatthama etc.- by subsequently quoting the natural example of the victory of good (Dharma) over evil (Adharma). Alternatively, it marks a reverence for Goddess Durga or Saraswati.

Vijayadashami celebrations include immersion of clay idols of Goddess Durga, Lakshmi, Saraswati, Lord Ganesha, and Kartikeya into a river or ocean, accompanied by lots of music and chants.  Also, on Dusshera, the towering effigies of Ravan symbolizing the evil are burnt to ashes with fireworks marking evil’s destruction. The festival also marks the beginning for one of the most important and widely celebrated Diwali, the festival of lights, which is celebrated on the 21st day after the Vijayadashami.

Vijaya Dashami is one of the most important festivals in the cultural tradition of India. This festival is celebrated on the tenth day of the bright fortnight in the month of Ashvina (September/October) and is considered an auspicious occasion to start a new venture, purchase of new household items or begin a journey.

In Southern India, mainly in Mysore and Karnataka is celebrated as the day when Chamundeshwari, another form of Goddess Durga killed demon Mahishasur. And on this day the entire city is illuminated with colorful lights and decorated beautifully. In fact parades of elephants and tableau which carry processions of Goddess Chamundeshwari were also carried throughout the city. In Northern India, the Dusshera festival is celebrated as the day when Lord Rama killed the demon king Ravana at his Lanka as he abducted mother Sita. It is believed that Ravana got a boon from Lord Brahma for being indestructible. Lord Rama, who is the seventh reincarnation of Lord Vishnu, managed to shoot an arrow in the belly of Ravana in the battle and killed him. And for this reason, in the north India Dussehra festival is celebrated as a victory of good over evil.

As we know that Dussehra is the festival of the victory of good over evil. This festival signifies that wrongdoings on some of the other day come in front of everyone. And, it is true that whether any evil forces push you or not, truth and righteousness will always win. Also, Dussehra is considered as a day for starting new businesses or new ventures. In South India in some states, on this very day, small children are admitted to schools to study.

In various parts of northern India, huge and colorful effigies of Ravana and his son Meghnath along with his brother Kumbhakaran are set on fire in the ground or open fields. People participate in an event with great joy and merriment. Dusshera festival is also observed by organizing and participating in a theatrical enactment of life stories of Rama known as Ram Lila. Here, at the end of Durga Puja, people sing folk songs, immerse the idols of Goddess Durga in the water bodies. Also, in Himachal Pradesh, the Vijayadashami festival has been given the status of the International festivals by the State Government.

It is believed that the burning of the Ravan effigy, ‘Ravan Dahan’ marks the symbolic victory of Lord Ram over Demon Ravana — the King of Lanka. As per the Hindu mythology, Ravana was defeated after a fierceful battle with Lord Ram, marking the glorious victory of good over evil.

May god removes all the tensions from your life and burn along with the effigy of Ravana. May you be extremely satisfied and happy. Happy Dussehra to all!

Today is the day that reminds us that at the end, evil always ends and goodness always triumphs. Let’s remember it forever. Happy Dussehra to all!

May Lord Rama bless you and your entire family. Wishing everyone a very Happy and glorious Dussehra!

May all the hurdles get removed from your path this Dussehra. Greetings of the Dussehra festival to you and your family.

The way, the effigy of Ravana burns, let your ego and worries also burn with it today. Have a great Dussehra to all!

It’s the time to celebrate the victory of good over evil. Let’s continue with the same spirit forever. Happy Dusshera 2019 to everyone!

It’s a time for celebration,
it’s a time for victory of good over bad,
it’s a time when the world sees the example of the power of good.
Let us continue with the same “true” spirit.
Happy Dussehra 2019 to all!

May God shower his choicest wishes over you and remove all evil obstacles in life. Happy Dusshera!

If you are looking for Vijay Dashami pics then you must check the India Content website. You will find some good quality images of Dusshera on the website. The pictures are available in three sizes-small, medium and large. 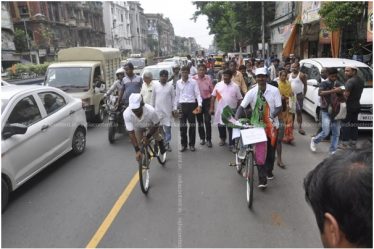