World Athletics Championship: All you need to know The 17th edition of the World Athletics Championship 2019 organized by IAAF (International Association of Athletics Federation) is being held between September 27 and October 6, 2019, in Doha, Qatar at the refurbished multi-function Khalida

International Stadium. This championship incorporates master of ceremonies ready to delight across a 10-day long period with over 2000 athletes from across 209 countries and territories. All these athletes are going to compete in 49 athletic events, composing 24 events each for men and women, plus a mixed relay. The federation has arranged numerous events for the participants like 43 track and field events, 4 racewalking events and 2 marathon road running events. This is the first time when this tournament is being held in October in the Middle East. Because of the scorching heat of Doha, all the events will be held in the late afternoon and no morning sessions are permitted. Few events will start in the zero-hours local time. According to the statute, three major factors are involved in the entry standards for a qualification which are as follows:

The athletes are supposed to meet the entry standards for a qualification issued by IAAF.

BBC team of prestigious list of Olympic and world gold medalists will host the live coverage of World Athletes Championships 2019 started on 27th September. Expert hosts like Jessica Ennis-hill, Michael Johnson, Denise Lewis and Daley Thompson will showcase the full coverage from Doha till October 6. All the activities can be followed on BBC One, BBC Two, Red Button, Connected TVs and BBC iPlayer, as well as the BBC Sport Website, mobile app and BBC Radio 5 Live.

You can also stream the event live through the IAAF’s YouTube channel if your country is listed in the given list. Reminders for the meet can be set on BBC sport app so that you will not miss any of the event. For direct links to the live streaming of events, you can visit live guide. In United States, the NBC family of networks has all the broadcast rights of World Athletics Championship 2019 event. Live coverage of the event is being broadcast on NBC, NBC Sports Network, NBC Sports Gold and the Olympic Channel.

The World Athletics Championship 2019 in Doha has started from Friday, September 27th and will last till October 5th across the globe. For day to day events, you can refer to the following listings.

World Athletics Championship is the best platform to determine the 27 members Indian squad against the Tokyo 2020 Olympic Games which is considered as the world’s leading platform to grab the global awards with the toughest competitors.

To begin with, India embarked on a team of 25 sportspersons and included ace jogger Dutee Chand in the women’s 100 meters run. It was a big knock-back when Hima Dass, a world junior 400m champion exasperated with a lower back injury and moved out of the team. In the revival, Archana Suseendran in women’s 200m and Anjali Devi in women’s 400m joined the Indian team in World Championship.

After India’s premier athlete Jinson Johnson bagged the silver medal in the 150m race in the ISTF Berlin event recently, it helped him in qualifying for the World Athletics Championship to be held in Doha. The 28-year-old Jinson smashed his own 150m national record which he had clocked at Nijmegen in the Netherlands.

Annu Rani, an Indian athlete, put her best efforts in IAAF World Athletics Championship, 2019 being held in Doha at Khalida International Stadium, but was not able to bag laurels for her country. Though she was placed at 8th position out of 12 in Javelin throw final.

Avinash Sable of India smashed his own national record and entered the men’s final of 3000m Steeplechase final race. Due to the hurdles in his path, his speed was slowed down. After the appeal of the Athletics Federation of India, he got a fair decision and has qualified for the finals.

It is a big discontentment for the Indian team at Doha because of the non appearance of its two big names – Neeraj Chopra and Hima Dass in the IAAF World Athletes Championship.

India Content has a good stock of World Athletics Championship 2019 images. The pictures are available in three sizes-small, medium and large. 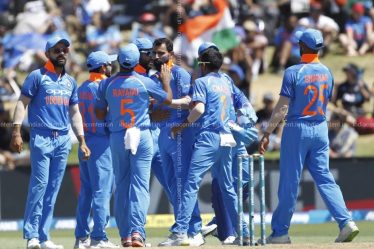