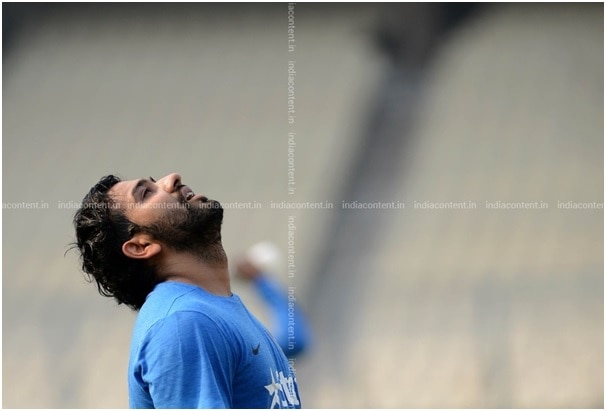 Rohit Sharma became the first-ever batsman to score two centuries on debut as an opener in the ongoing Test between India and South Africa in Visakhapatnam. It was his first test match as an opener in which he smashed a total of 13 sixes. Rohit, who has earlier played for India in test matches only as a middle-order batsman, scored 176 in his first innings on day one of the match. Rohit Sharma was finally dismissed for 127 off 149 balls and it was Keshav Maharaj who ended his stay at the crease on the fourth day of the test m. India declared their innings at 324 for four, setting South Africa a target of 395 runs to win.

He also became the sixth Indian cricketer to hit a century in both innings of the match.

Rohit played magnificent innings which put India in a commanding position after South Africa were bowled out for 431 runs. The right-handed batsman broke the 25-year-old record of Navjot Singh Sidhu, the former Indian cricketer, who hit eight sixes in a test match against Sri Lanka in Lucknow.

In November 2013, Rohit Sharma made his Test debut at Eden Gardens in Kolkata against the West Indies during Sachin Tendulkar’s farewell series He scored 177 runs, the second-best score on debut by an Indian after Shikhar Dhawan who scored 187.

Rohit Sharma followed it up with 111 (not out) in the second test at the Wankhede Stadium, his home ground, in Mumbai.

Rohit, who was out of the test team in 2017–18, went on the 2018-19 tour of Australia after he had earned a recall earlier. A per the Chief selector M.S.K. Prasad, the reason for Sharma’s recall was that his natural game suited the bouncy Australian pitches. Rohit played in the first test in Adelaide where he scored 37 and 1 in an Indian win.

During the first test, Rohit Sharma sustained a minor injury due to which he couldn’t play the second test in Perth.  He recovered for the third test at Melbourne and scored 63 (not out) to help India total 443 for 7 and win both the test and the series.  After the third test, Rohit had to return to India for the birth of his daughter.

Rohit Sharma, a right-handed batsman who bowls right-arm off break, is the vice-captain of the Indian national team in the limited-overs format. He plays for Mumbai in domestic cricket and is the captain of Mumbai Indians in the Indian Premier League. Rohit Sharma is the first captain to lead his team to the IPL title thrice. Rohit Sharma made his One Day International (ODI) debut in June 2007 against Ireland. In 2013, Rohit began to play as an opening batsman for the India ODI team and performed consistently. He played 108 ODIs before playing his maiden test match.

On 13 November 2014, Rohit Sharma hit 264 runs against Sri Lanka at Eden Gardens, Kolkata, which is the highest individual score in ODIs and second in overall limited 50 over match. He has also scored 106 runs against South Africa in Twenty20 Internationals and became the second Indian to score a century in all three formats.

In November 2018, he became the first cricketer to score four centuries in T20 International cricket. He is also the fastest batsman to score 100 runs in 35 balls in T-20 against Sri Lanka. He then became the only player in the world to hit three double hundreds in ODI matches. Rohit Sharma also won the “T20 Innings of the Year Award” by ESPN Cricinfo, and as per Forbes India 2015 Top 100 celebrities in India, Rohit Sharma is on 8th position in terms of fame and in terms of income, he is at 46th position.

Twitter was brimming with excitement specially the cricket fraternity which was full of praise for the right-handed batsman, including his fans.

Cricketwallah wrote— “Century in each inning in his first Test as opening batsman by Rohit Sharma. How fantastic is that! @ImRo45

Bharath Seervi— “Rohit Sharma is the first batsman in history of Test cricket to score 2 centuries in when opening for the first time. #INDvSA

Ashish Megotra—The most impressive part of Rohit Sharma’s knocks in both innings was the manner in which he took the game forward both times. This was a man very clearly putting team before self.

VVS Laxman—Opening for the first time in Tests and scores 100s in both the innings. What a memorable Test match for @ImRo45 Well played. Keep it up. #matchwinner #INDvsSA

Aakash Copra—Rohit makes six-hitting look so effortless. Century in both innings. Couldn’t have asked for a better start to a new chapter in his Test career. Well played #IndvSA

You can easily download Rohit Sharma HD photos by just purchasing a license for the pictures from India Content website. Rohit Sharma images are available in three different sizes-small, medium and large. 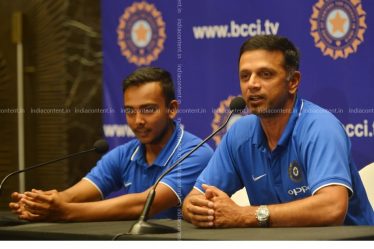