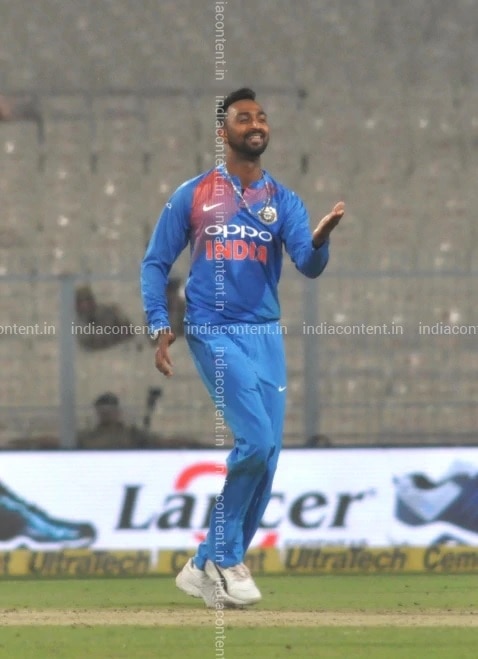 Krunal Himanshu Pandya, the Indian international cricketer, celebrated his 29th birthday in March 2020. He is an all-rounder with ‘left-handed’ batting and ‘slow left-arm orthodox’ bowling. He plays for Baroda in domestic cricket, and Mumbai Indians in the IPL. His international debut for the Indian cricket team was in November 2018.

Krunal Pandya was born 24 March 1991 in Ahmedabad, Gujarat to Himanshu Pandya and Nalini Pandya. He is the elder brother of Indian International cricketer Hardik Pandya who plays for Baroda in domestic cricket and Mumbai Indians in the Indian Premier League (IPL).

Pandya’s father Himanshu Pandya, had a small car finance business in Surat. He shut down the business to move to Vadodara when Krunal was eight and Hardik was five to ensure they received better cricket training facilities. Krunal and Hardik were enrolled into former Indian International cricketer and wicket-keeper, Kiran More’s cricket academy in Vadodara.

Some of the most recognized performances of Pandya includes the aggressive 86 off 37 balls he scored for Mumbai Indians against Delhi Daredevils in his debut IPL season in 2016. As a left-handed all-rounder, Pandya made a huge impact in the Mumbai Indians’ set-up. At a time when he wasn’t much recognised in his career, Pandya was picked for an impressive INR 20 million for Mumbai Indians in the IPL auctions. He managed to establish his own identity in the team that consisted of his younger brother, Hardik Pandya who was already an international player. In his maiden IPL season in 2016, Pandya made a reasonable performance with his left-arm spin by taking 237 runs from 9 innings at a strike-rate of 191.12. He kept bringing more tactics in his bowling as he proved to be hard to hit in the 2017 IPL, and at under 7 an over in 13 matches.

Pandya who is regarded as an expert in limited-overs has played 4 List A games and 15 T20s for Baroda but has discontinued from March 2015 due to a labral tear in his shoulder that required surgery.

On 27 December 2017, Pandya married Pankhuri Sharma, a professional model from Ahmedabad. They first met in early 2018 through a common friend. They have been dating for almost a year, and he finally proposed Pankhuri after Mumbai Indians’ victory in 2017 IPL in which he won the ‘Man of the Match’ title.

A significant boost came in Pandya’s net worth figure with his bagging of the IPL contract with Mumbai Indians. He gained significant hike in his net worth in 2018 IPL auction, when he was picked for Mumbai Indians for a whopping INR 88 million as a recognition for his value in the team. He became the costliest uncapped pick in IPL history. His performance in the season wasn’t much impressive, though with a reliable 7 in bowling and strike-rate of 145.22 in batting.

Besides his IPL contract, Pandya’s asset comprises a Lamborghini Huracan EVO which was worth ₹3.22 crore as of August 2019. In 2018, a leading media publication reported that Pandya was signed up by IMG-Reliance’s talent management division and was expected to earn ₹4-5 million per deal signed with brands ever since. In 2019, Pandya along with his brother Hardik signed up as brand ambassadors for HalaPlay, a fantasy gaming platform in India.

Pandya got selected in India’s ICC T20 squads in 2018 against the West Indies and Australia. In his international debut in T20 for India against the West Indies on 4 November 2018, he took one wicket and made an unbeaten score of 21 runs from 9 balls. He played all three Twenty20 matches for India against Australia in which he yielded 55 runs in four overs in the first match but took 1/26 in the second match and in the third match he made a bowling performance of 4/36 in 4 overs.

The India Content website has a good stock of Krunal Pandya images. The high-definition images on the website are available in three sizes – small, medium and large. 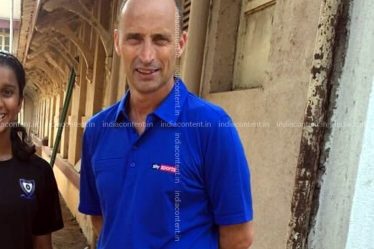 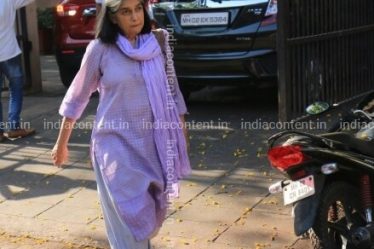