What may have gone wrong with Chandrayaan 2 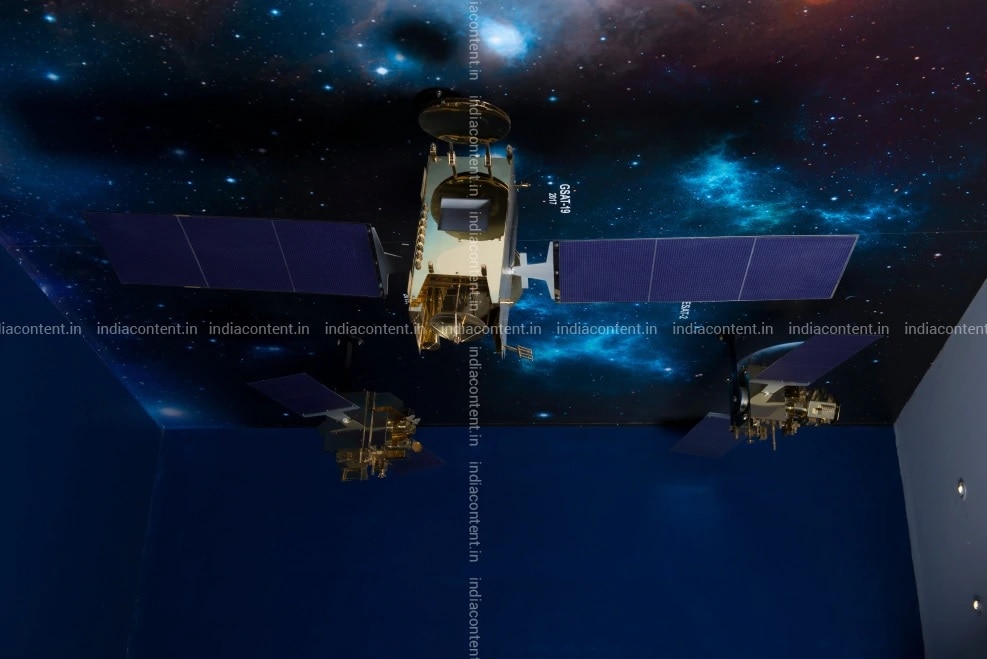 Chandrayaan-2 entered the Moon’s orbit on 20 August and was about to land on the lunar surface a little after midnight India local time (1800 GMT) on 7 September – a month after it first shot into space. But contact was lost minutes before the Vikram lander was expected to touch down the south polar region of the Moon.

The orbiter then spotted the Vikram Lander on the surface of the Moon. It was unbroken but tilted on its side. The lander’s final descent was monitored on screens which reflected the movement of the lander as it headed towards the Moon surface.

The screens carrying the readings also appeared on television and various digital platforms as the landing was broadcast live. When the countdown started, the lander was moving at a velocity of 1,640 metres per second. Scientists said it appeared to be moving as planned during the first two phases of deceleration, known as the rough braking and fine braking operations. The problem occurred during the final stage, which is known as the ‘hovering’ stage.

With the Prime Minister looking on in the Mission Operations Complex in Bengaluru, those 15 minutes ended in despair. Space scientists lost communication with Vikram in the 12th minute while it was making some critical manoeuvres 2.1 km above the lunar surface. Though ISRO announced that the Chandrayaan 2 orbiter had photographed Vikram on the moon’s surface, it has since played down such reports.

K. Sivan told the media, “We have not been able to establish any form of communication with it and, till we do so, it is of no significance.” Sivan also said that scientists are still analysing the details and have no answers yet as to what went wrong with the lander.

So, why did Vikram behave so unpredictably in the final three minutes of the concluding stages of its descent, resulting in the sudden termination of the mission?

Firstly, India had not planned to make its first attempt at a soft landing on the lunar surface on its own. Even before the Chandrayaan 1 orbiter was launched, ISRO had decided that it could use the help and experience of Russia’s Federal Space Agency (Roscosmos) for the Chandrayaan 2 mission and signed an agreement with it in November 2007. For the joint Indo-Russian lunar mission, ISRO would have the main responsibility for the orbiter; Russia for the lander and rover. The launch was planned for 2012.

Though ISRO was ready with the orbiter on schedule, Roscosmos pulled out of the agreement in December 2011. This was after its Phobos-Grunt mission to put a lander and rover on a Martian moon in collaboration with the Chinese space agency failed.

ISRO then decided it would build a lander and rover on its own and scheduled launch for 2016. Meanwhile, the organisation repurposed its orbiter for the Mangalyaan, accomplishing it in record time.

If the lander had succeeded, it would have been an appropriate finale to the 50th anniversary celebrations of the ISRO.

It would also have heralded to the world that India had made the country only the fourth nation to achieve a soft landing on the moon after the US, the former USSR and China. Besides, it would also have marked 100 days of the Modi led government’s second term in office.

Chandrayaan 2, which comprised an Orbiter, Lander and Rover to explore the uncharted South Pole of the Moon, is a highly complex mission.

Chandrayaan 2 is the second lunar exploration mission which has been developed by the Indian Space Research Organisation (ISRO) after Chandrayaan 1.

The main objective is to study the variants in the composition of the lunar surface and the location of lunar water.

The spacecraft was launched to the Moon from the second launch pad located at the Satish Dhawan Space Centre on 22 July 2019 at 2.43 PM IST (09:13 UTC) by a Geosynchronous SATELLITE Launch Vehicle Mark III.

The spacecraft reached the Moon’s orbit on 20 August 2019 and started orbital positioning manoeuvres for the landing of the Vikram lander.

Both Vikram and the Rover were scheduled to land on the south pole of the moon at a latitude of about 70° south on 6 September and do scientific experiments for one lunar day.

However, the lander diverged from its envisioned trajectory starting at 2.1 kilometres and then communication from Lander to the ground stations was lost.

Preliminary reports suggesting a crash were confirmed by ISRO chief K. Sivan, stating that “it must have been a hard landing”.

The Failure Analysis Committee concluded that the reason for the crash was a software glitch.

No doubt, Chandrayaan-2 was the most complex mission ever attempted by ISRO.

The lander carried within its belly a 27kg Moon rover (called Pragyan, which translates as wisdom in Sanskrit), which included instruments to analyse the lunar soil.

The rover had the capacity to travel 500m from the lander in its 14-day life span and would have sent data and images back to Earth for analysis.

The mission would have focused on the lunar surface, searching for water and minerals and measuring moonquakes, among other things.

The India Content website has a good stock of Chandrayaan 2 images, which are available in three sizes—small, medium and large.