The Financial Markets Committee (FMC) meets on a daily basis to review the liquidity conditions so as to ensure that the operating target of monetary policy (weighted average lending rate) is actually kept close to the policy repo rate.

The MPC is assisted by the Reserve Bank’s Monetary Policy Department (MPD) in formulating the monetary policy. Views of the major stakeholders in the economy and analytical work of the Reserve Bank of India contribute to the process in a way to arrive at the decision on the policy repo rate. The Financial Markets Operations Department (FMOD) functionalizes the monetary policy, majorly through day-to-day liquidity management operations. The Financial Markets Committee (FMC) meets regularly to review the liquidity conditions so as to ensure that the operating target of monetary policy (weighted average lending rate) is kept close to the policy repo rate. The Monetary Policy Committee came into force on June 27, 2016.

The Reserve Bank of India Monetary Policy Committee (MPC) is expected to cut down the key lending rates for the fifth time this year in an effort to tackle the economic slowdown.

Reserve Bank of India Governor Shaktikanta Das had recently hinted that the central bank could once again opt for a rate cut as inflation is under control. While another rate cut could actually affect fiscal balance, the government and central bank are burning the candle at both ends to revive the ailing economy.

As stated earlier, here are a few points you should know about the RBI’s crucial bi-monthly policy review meeting:

Repo rate is likely to slash:

A Bloomberg poll of 25 economists indicates that the RBI will certainly opt for another reduction in repo rate to the tune of 25 basis points or bps to actual 5.15 percent; the repo rate of RBI currently stands at 5.40 percent. If in any case, RBI goes for a 25 bps cut, the cumulative reduction in repo rate this year would be around 135 bps; as it has already slashed repo rate by 110 bps this year. According to the news agency Reuters, economists also expect another cut in the rate in December to the tune of 15 bps. Since the RBI has gone for an unconventional 35 bps cut last time, some RBI watchers expect the central bank to actually opt for a higher rate cut as it remains fixated on reviving the economy.

RBI Governor Shaktikanta Das had already indicated that RBI would surely opt for another rate cut as inflation in the second half of the year and is within the central bank committee’s projected target medium-term of four percent. This is a crucial factor in the favour of RBI as it offers the central bank space to prune rates so, to further aid the government in its measures to provide an economic boost. With RBI’s external benchmark linking mandate started from October 1, most banks have also aligned their interest rates in tune with the repo rate. Another rate cut today may further bring down the interest rate on home loans.

Monetary policy is a medium for the RBI to control the supply of money in the economy. So these credit policies help control the inflation in the market and in turn help with the economic growth and development of the country.

Following are the instruments used by RBI to control Monetary Policy:

Open Market Operations is something in which the RBI involves itself directly and buys or sells short-term securities in the open market. This is, in reality, a direct and effective way to increase or decrease the supply of money in the market. At the same time, it also has a direct effect on the ongoing rate of interest in the market.

One of the most effective instruments to control monetary policy is the bank rate. This bank rate is essentially the rate at which the RBI lends money to all the commercial banks without any security or collateral. It is also called the standard rate as at this rate itself the RBI will buy or discount bills of exchange and other such commercial instruments.

There are two major components to this instrument of monetary policy, namely – The “Cash Reserve Ratio” (CRR) and the “Statutory Liquidity Ratio” (SLR). Let us understand them.

Cash Reserve Ratio (CRR) is actually the portion of deposits with the commercial banks that it has to deposit to the RBI. So CRR is the percent of deposits, the commercial banks have to keep all the time with the RBI. Here, the RBI will adjust the said percentage to control the supply of money which is available with the bank. And then, the loans given by the bank will either become cheaper or become more expensive. In reality, the CRR is a great tool to control inflation.

The Statutory Liquidity Ratio (SLR) is the percentage of total deposits that the commercial banks have to keep with themselves in the form of cash reserves or gold.

The Liquidity Adjustment Facility (LAF) is an indirect instrument for money control in the market. It controls the flow of money by repo rates and reverse repo rates. The repo rate is actually the rate at which commercial banks and other major banks obtain short-term loans from the Central Bank.

This is an informal method to control money. The RBI is the Central Bank of the country and thus it enjoys a supervisory position in the banking system of India. If the need arises it can urge the banks to exercise credit control at times to maintain the balance of funds in the market. This method is practically quite effective since banks tend to follow the policies set by the RBI.

This committee comprises of six members – three officials from The Reserve Bank of India and other three external members nominated by the Government of India. They need to observe a silent period of seven days before and after the rate decision for the utmost confidentiality. The chairperson ex officio is the Governor of Reserve Bank of India. The current mandate for the committee is to maintain a minimum of 4% annual inflation until 31 March 2021 with an upper tolerance of a total of 6% and a lower tolerance of 2%.

If you are looking for RBI Monetary Policy pics then you must check the India Content website. You will find some good images on the website. The pictures are available in three sizes-small, medium and large. 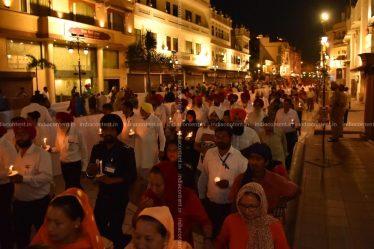