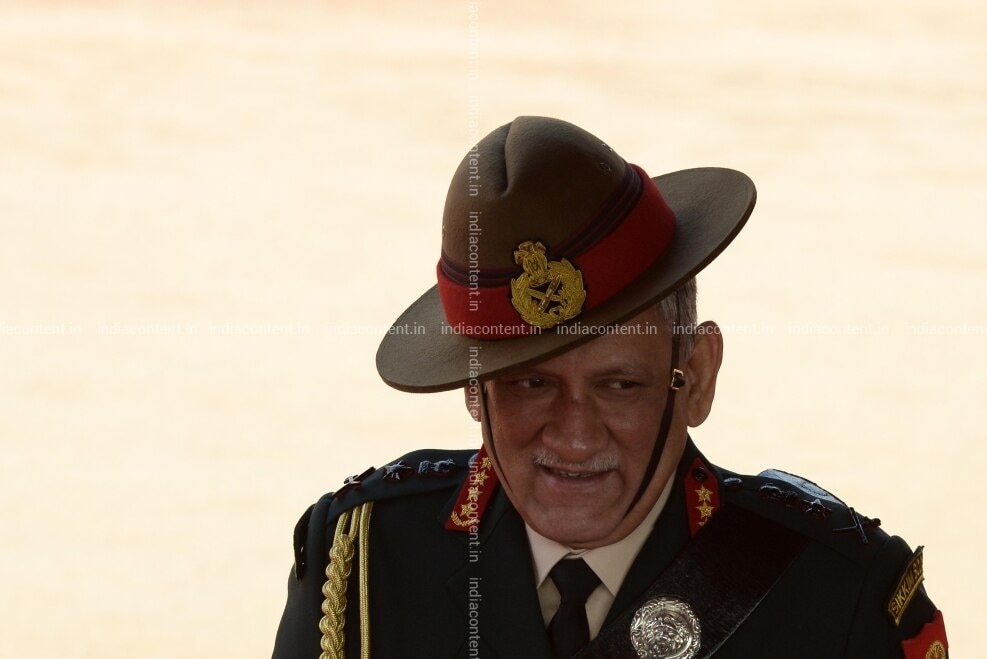 General Bipin Rawat is the senior officer and first India’s Chief of Defence Staff whose term as the Army Chief concluded in December. A day before the completion of his three-year term as the Chief of Army Staff, he was given the post of CDS (Chief of Defence Staff) who will lead a team of three military forces. The need of creating this post was raised 20 years back but PM Narendra Modi formally announced this post on August 15th, 2019 from the embankment of the Red Fort. He presumed the office from January 1st, 2020. Prior to CDS, he served as Chairman of the Chiefs of Staff Committee as well as 27th Chief of Army Staff of the Indian Army.

The natal day of General Bipin Rawat is 16th March 1958 and his birthplace is Saina Village, Birmoli, Landsdowne, Pauri, Pauri Garhwal, Uttarkhand, India. He belongs to a Rajput Family of Uttarakhand who has been serving the Indian Army for multiple generations. He was born to Laxman Singh Rawat who was also a Lieutenant General. He went to Cambrian Hall School, Dehradun and the St. Edward’s School in Shimla where he was bestowed with the ‘Sword of Honour’ award. He did his graduation from the Defence Services Staff College, Wellington and the Higher Command Course at the United States Army Command and the General Staff College at Fort Leavenworth, Kansas. He did M.Phil in Defence studies and Diploma in Management and Computer Studies from Madras University. He was conferred a Doctorate of Philosophy by Chaudhary Charan Singh University, Meerut for his research on military media strategic studies in 2011.

Reading and Playing football are his hobbies. His spouse is Madhulika Rawat who is president at the Army women Welfare Association. The couple is blessed with two beautiful daughters.

Bipin Rawat has been raised from different ranks beginning from soldier to become the Deputy Chief of Army Staff.

The acronym for CDS is Combined Defence Services or Chief of Defence Staff. The Chief of Defence Staff is the head of Army, Navy and Airforce. The aspirants who wish to work for Indian Military Academy, Officers Training Academy, Indian Air Force or Indian Naval Academy apply for Combined Defence Services Examination. Union Public Service Commission, the conducting body of CDS usually conducts these exams twice a year in the months of February and November for the recruitments.UPSC issues the notification of these exams in the months of October and June. It has listed out the parameters to be eligible to appear for CDS 2020 exam like nationality, age, educational qualification, physical standards etc. SSB (Service Selection Board) calls the candidates for the interview who clears the CDS written exam and are appointed with respective training academies.

The three main topics which qualify the level of candidates in CDS exam are English, General Knowledge and Mathematics. The eligibility criteria for UPSC conducted CDS exam are:

Why did Bipin Rawat become CDS?

Bipin Rawat will be a five-star military officer who will act as a single-point advisor to the government of India. He became CDS to further sharpen the coordination between the forces. The three forces will become more effective posterior to the formation of this post.

According to the amendment in Government rules, General Bipin Rawat can serve the Indian Army up to the age of 65 years. General Bipin Rawat has got huge experience in counter-insurgency and high altitude warfare operations. He has headed an infantry battalion along the LAC in the Eastern Sector, a Rashtriya Rifles Sector and an Infantry Division in the Kashmir Valley, a Corps in the Eastern Theatre and the Southern Command. He has also extended various instructions at Indian Military Academy, Dehradun and at Army War College, Mhow. During the span of over 38 years of service, he has been conferred for bravery and distinguished service with the UYSM, AVSM, YSM, SM, VSM, COAS Commendation on two occasions and the Army Commander’s Commendation. He has also been academically inclined towards writing articles on ‘National Security’ and ‘Leadership’.

Due to his numerous achievements in various areas, he has been offered this dignified responsibility towards the nation.

What are the responsibilities of CDS?

CDS is a dual-hatted role in which the CDS put on two hats: One of the permanent Chairman of the Chiefs of Staff Committee which has the three service chiefs as members, and other of the head of the newly created Department of Military Affairs in the ministry. The erstwhile is the ministry responsibility and the latter is a role played in the government.

The CDS from the Department of Military Affairs deals in the following areas:

1. The Armed Forces of the Union, namely, the Army, the Navy and the Air Force.

4. Works relating to the Army, the Navy and the Air Force.

5. Procurement is exclusive to the Services except for capital acquisitions, as per prevalent rules and procedures.

The statute of the Department of Military Affairs will comprise the following areas:

1. Promoting jointness in procurement, training and staffing for the Services through joint planning and integration of their requirements.

2. Facilitation of restructuring of Military Commands for optimal utilisation of resources by bringing about jointness in operations, including through the establishment of joint/theatre commands.

3. Promoting the use of indigenous equipment by the Services.

The India Content website has a good stock of images. The high-quality pictures are available in three sizes-small, medium and large. 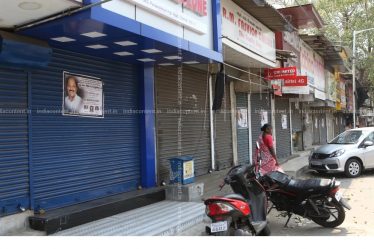