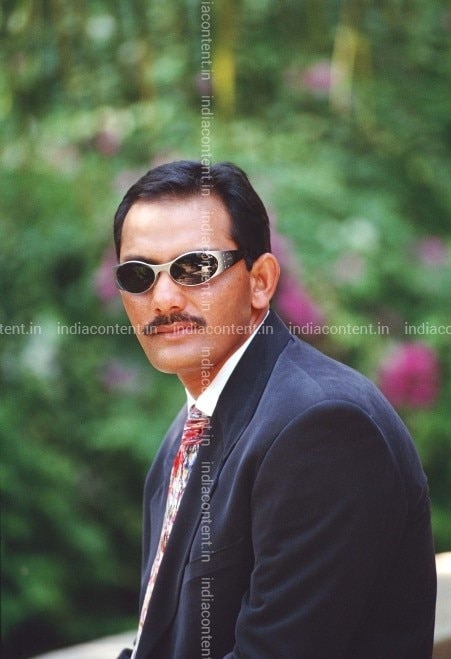 Warm wishes to the ex-Indian captain Mohammad Azharuddin on his 57th birthday!

A former Indian Cricketer and Politician Mohammad Azharuddin turned 57 on 8th February. He was born in the house of father Mohammad Azizuddin and mother Yousuf Sultana in Hyderabad in the state of Telangana in 1963. He did his primary education from All Saints High School, Hyderabad. He went to Nizam College, Osmania University, Hyderabad for Bachelor of Commerce. He belongs to Islam religion and his hobbies include listening to music.

In 2000, Azhar landed into a controversy when the BCCI outlawed him lifetime for match-fixing in cricket. But later in 2006, it revoked its ban.

A renowned author Harsha Bhogle composed a book named ‘Azhar’ on his life.

He tried his hands in political hue cycle too. He was associated with politics in 2009 General Elections for the Congress party and was named from Moradabad, Uttar Pradesh.

Recognised for his wristy strokeplay, a former international cricketer who captained the Indian cricket team is known as the greatest batsman to emerge from Indian cricket.

On 31st December 1984, he played his debut matches for the Indian cricket team in Test cricket against England at Eden Gardens in Kolkata and scored three centuries in his first three matches, an unmatchable accomplishment. He also played ODI debuts during this tour. In his first test match, he became India’s eighth player to score a century on debut. He broke the record of making three consecutive centuries in each of his first three Tests. He recorded 860 runs at an average of 107.5 with 5 centuries and 2 half-centuries at Eden Gardens in Kolkata. After three years, he played for the first time for Hyderabad. He equipoised the Kapil Dev’s record of making fastest century by an Indian in Test cricket against South Africa in 1996. In 1986, he recorded 199 against Sri Lanka at Kanpur which was the highest score made by him in his cricket career. He tallied his 22 centuries at 15 cricket grounds out of which 6 were in India and 9 were abroad. In March 2000, he recorded a century against South Africa in his last Test innings.

As on February 2020, Azharuddin scored the sixth-highest number of Test centuries for India and is the 31st all-time century makers in Test cricket.

Right-handed batsman Azharuddin racked up 29 international centuries during his cricket career before the accusation of match-fixing in 2000. Azharuddin broke the record in ODI cricket by scoring 9000 runs and emerged as the leading run-scorer until October 2000. He played 99 tests and 334 One Day Internationals during the period of his 15 years career and cached 6,215 and 9,378 runs respectively.

Azharuddin administered Indian cricket team in 3 ICC World Cups in 1992, 1996 and 1999. He is one of the few batsmen who hit hundred in his first and last Test match.

Azharuddin tied the knot with Naureen in 1987 and the later the duo got separated in 1996. The couple was blessed with two sons named Mohammad Ayazuddin and Mohammad Asaduddin. Both of them had a golden phase of their life in the 9 years of married time. Unfortunately, their younger son Mohammad Ayazuddin met with an accident in 2011 and lost his life. His elder son is an upcoming cricketer and was selected in Goa State team in September 2018. His son was also chosen for ODI team. Afterwards, he happened to meet with Sangeeta Bijlani in the early 1990s and they started dating each other. They exchanged the conjugal vows with erstwhile Miss India and actress Sangeeta Bijlani in 1996 and the couple was ended up in a divorce in 2010 because of him having an affair with badminton player Jwala Gutta. The former captain still claims to be in a relationship by clearing the rumours of his third wedding. She was also witnessed as a part of campaigning for Azhar at the 2014 elections.

Tony D’ Souza directorial biopic Azhar was based on Azhar’s life in which Emraan Hashmi appeared as Mohammad Azharuddin, Sangeeta Bijlani as Nargis Fakri and Prachi Desai as his first wife Naureen. On 13th May 2016, this movie hit the Silver Screens across the nation.

Once Azhar’s father Mohammad Vajehuddin envisaged that Azhar will serve as Indian cricket team captain one day which came out to be true. Enlivened by his cricket idol M L Jaisimha, he was recognised for his trademark collar up style.

Azhar was bestowed with prestigious Arjuna Award in 1986 and was named among one of five Wisden Cricketers of the Year Award in 1991. In 1998, he was honoured with esteemed India’s fourth-highest civilian Award, the Padma Shri for his significant contribution in the field of sports.

The India Content website has a huge stock of high-definition images related to Mohammad Azharuddin. The images are available in three sizes – small, medium and large.