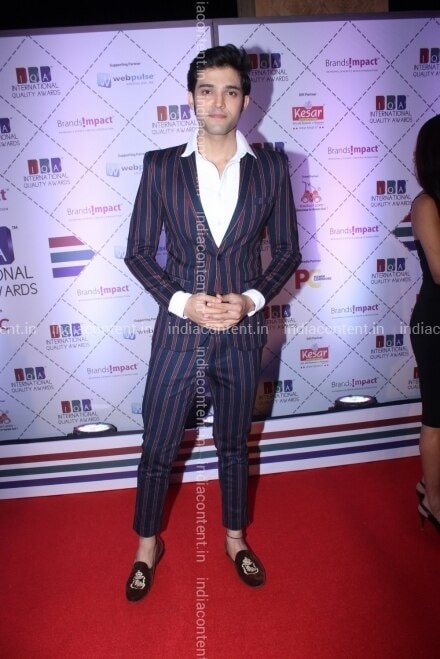 Sending thousands of smiles and best wishes on your special day, Parth Samthaan!

An Indian television actor and model, Parth Samthaan has turned 29 on 11th March. Hailing from a Hindu family, Parth was born in Pune, Maharashtra in 1991 and lived mainly in Mumbai. He went to New Era High School, Panchgani for his primary education and completed his Bachelors in Architecture from L.S. Raheja School of Architecture. He prefers singing, travelling and taking selfie in her leisure time. He loves eating cakes and tandoori chicken. His all-time favourite actors include Hrithik Roshan, Aamir Khan, Tom Hanks, Russell Crowe, Vidya Balan, Parineeti Chopra and Kajol. His best-loved movies encompass Barfi, Transformers and The Dark Knight. Parth enjoys watching cartoon series and his favourite cartoon characters include Swat Cats and Captain Planet. He likes to listen to the song Humdard from the movie ‘Ek Villain’.

Eastern Eye has rated him at 11th rank in the list of ‘Top 50 Sexiest Asian Men List’.

Due to Parth’s osculation acts, he is recognised as the Emraan Hashmi of the TV industry.

Ayaz Ahmed and Charlie Chauhan are his best pals. He is a big proponent of IPL team ‘Chennai Super Kings’.

A television artist Parth Samthaan started his career as a model and acted in several infomercials. He appeared on the silver screen in 2012 and did his debut episodic series Life OK’s Savdhaan India. Pantaloons Fresh Face Model Hunt had titled him as first runner-up in the same year. He was also portrayed in television series like MTV India’s Webbed, Bindass’s Yeh Hai Aashiqui and Zing’s Pyar Tune Kya Kiya. He appeared as the protagonist named Prithvi Sanyal in Channel V India’s Best Friends Forever.

In 2013, he was shaped in a Marathi movie named ‘Pradosh’ as Parth Langhate. He flagstoned his way in Bollywood in 2016 and got an opportunity to work in the movie ‘Google Ho Gayi’. However, the movie did not loom and was called off later.

The hottest hunk TV starlet Parth Samthaan is the rising start of the television industry who has shot several music videos. His super hit chartbusters encompass Tu Jo Kahe, Aakhri Baar and Nishaa. Teen and handsome Parth has shot the music video ‘Tu Jo Kahe’ opposite scintillating Anmol Malik, Anu Malik’s daughter. The romantic tuning of both has been directed by popular singer Palak Muchhal’s brother Palash Muchhal and composed by Palak herself.

Zee Music had launched his music video ‘Aakhri Baar’ on its official YouTube channel which portrays Samthaan with Shakti Mohan and Pankaj Sharma. This song depicts the double-crossing love hinging on Samthaan and how he has to overcome with this impaired relationship. The verses of the song tell you about the disloyalty of Samthaan’s adoration and he is reminiscing it for the last time.

Nishaa is a melancholy love song which explains how Parth lost his love Nisha. The video shows that both of them fought with each other and later realised that they can’t live without each other. The two chose to stay together. Samthaan has shot this song along with Charlie Chauhan.

In 2017, he was incriminated for physical assault by a 20-year-old model and a Police complaint was booked in his name.

Parth landed into another controversy when Ekta Kapoor promulgated that Parth and Vikas Gupta were in a relationship with each other. On December 7, 2013, he accused him of being a molester and 20 days later, he was vacationing with Vikas in Bangkok. She revealed this truth because, at that time, she was there to welcome New Year. She told that Parth expressed his love for Vikas but there was sourness in the relationship when it was wrapped up. It was Vikas who introduced him on Television and put him through the mill. Earlier, female thespians were adapting such strategies but now, male actors are also using these tricks, she said. Instead, Parth announced his relationship with a girl but not with a boy.

Parth’s sexual orientation is bisexual and was dating his ex-boyfriend Vikas Gupta who is a producer. Earlier, he was romantically linked to the actress Disha Patani too.

In his college days, he was a lead singer of an orchestra named ‘Fab Five’. He enrolled himself in Kishore Namit Kapoor Acting Institute, Mumbai to learn acting. He did modelling before being introduced to the television world and participated in numerous modelling competitions. He also portrayed in advertorials for several well-known trademarks.

The India Content website has a good stock of high-definition images of Parth Samthaan. The images are available in three sizes – small, medium and large. 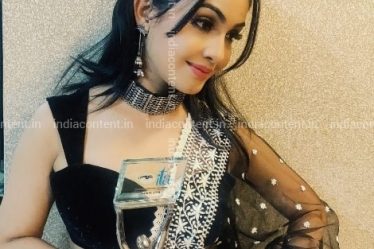