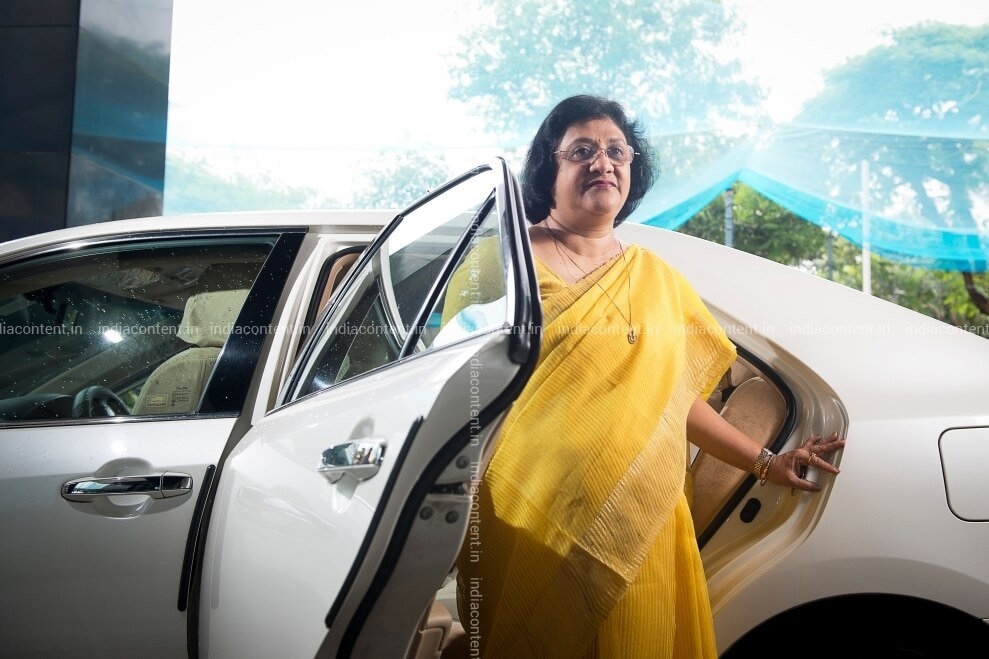 Arundhati attended the St. Xavier’s School in Bokaro and graduated in English Literature from Lady Brabourne College in Kolkata and post graduated from Jadavpur University Kolkata. In 1977, while attending the Jadavpur University, Bhattacharya got to know about SBI’s entrance exams for the probationary officer and appeared for it. She passed the exam and cleared the subsequent rounds as well.

Bhattacharya joined SBI as a Probationary Officer in September 1977 at the age of 22. During her 36 years of career with the bank, she held several positions across departments like foreign exchange, treasury, retail operations, human resources and investment banking. She held the position of chief executive of the bank’s merchant banking arm – State Bank of India Capital Markets and chief general manager in charge of new projects. She has served at the bank’s New York office and was involved with the launch of diversified businesses such as SBI General Insurance, SBI Custodial Services, SBI Pension Funds Pvt. Ltd. and the SBI Macquarie Infrastructure Fund. On 7 October 2013, she became the Chairman succeeding Pratip Chaudhuri, who retired on 30 September 2013.

Arundhati has more than 40 years of experience working across varied roles in India’s financial sector spread across national & international locations. She was the first-ever woman till date to become the Chairman of State Bank of India, an Indian multinational, public sector banking and financial services statutory body. SBI is a Fortune 500 company ranked 236th in the list of world’s biggest corporations in 2019. Bhattacharya is also the first woman to lead an India-based Fortune India 500 company. During her four year tenure as the chairman of the State Bank of India from October 2013 to October 2017, she has created an impact on the bank’s global financial capability.

Arundhati was instrumental in bringing up the 214-year-old and largest bank of India with technology initiatives, to enable a path-breaking digital edge. Her focus on the bank’s Human Resources to improve the status of women and ‘differently-abled’ employees also marked a significant milestone in its history. During the last year of her tenure, the worldwide employment-related search engine, Indeed, ranked SBI third in ‘The best places to work in India in 2017’ after Google and Bharat Heavy Electricals Limited. The rank was based on their 15 million reviews globally for most highly rated reviews on overall employee experience.

She introduced a two-year sabbatical leave policy for the female employees for maternity or elder care. On Women’s day, she announced free vaccination against cervical cancer for female employees of the bank.

Bhattacharya initiated the merger of the SBI with its six associate banks and thus formed an entity three times bigger than its competitor. The merger process was implemented over six weeks with minimal or no disruption of customer service across 22000 branches, 56000 ATMs and 5000 franchise outlets.

In 2016, Forbes magazine ranked her 25th in the list of “Most Powerful Women in the World” and 5th in “The Most Powerful Women in Finance” category. She was featured in Fortune list of ‘Top 50 Globally Most Powerful Women in Business’ and top 5 in Asia-Pacific region. She was one of the two Indians to be listed by Foreign Policy Magazine among top 100 Global Thinkers in 2014. She has been ranked 26 and was the only Indian corporate leader to be featured in the fourth edition of Fortune’s World 50 Greatest Leaders List. She was named Business Leader of the Year at The Asian Awards – 2018.

Arundhati is married to Pritimoy Bhattacharya, an ex-professor of IIT Kharagpur and they have a daughter, Sukrita Bhattacharya.

She presently is a Board of Directors of leading Indian organizations like Piramal Group, Wipro Limited and Reliance Industries Limited. She is also the Chairman of SWIFT India, an organisation founded with the vision of building best in class secure & standard messaging system for digitizing India’s financial ecosystem. She has joined as additional director of Reliance Industries for five years from October 17, 2018. In 2020, she was hired as the chairperson and chief executive for the India division of global CRM giant, Salesforce.

The India Content website has a good stock of Arundhati Bhattacharya images. The high-definition images on the website are available in three sizes – small, medium and large.