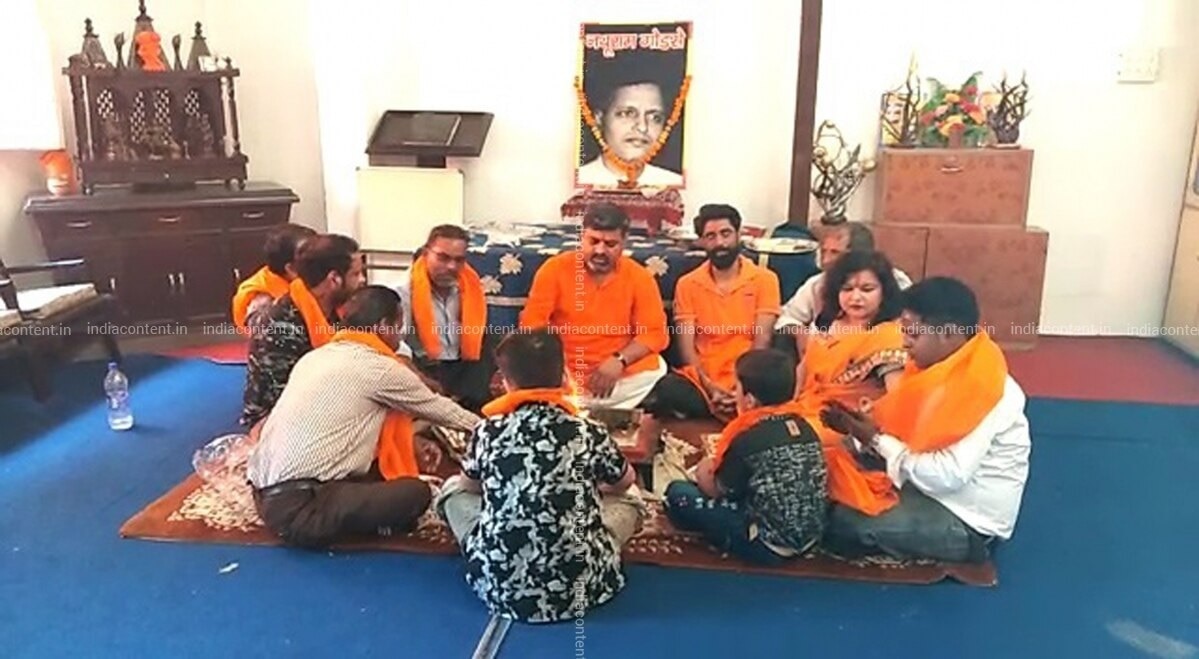 Akhil Bharatiya Hindu Mahasabha Uttar Pradesh chief Ranjeet Bachchan gunned down by anonymous muggers on Sunday morning while out for a morning walk with his cousin.

The right-wing Akhil Bharatiya Hindu Mahasabha chief was gunned down in Lucknow by anonymous muggers on Sunday morning. 40-year-old Ranjeet Bachchan along with his cousin Aditya Srivastava went out for morning walk. It was around 6:00 a.m. outside the Globe Park in Uttar Pradesh capital when an unrecognized individual encased in a shawl attacked them from the back and grabbed their mobile phones. Ranjeet got shot in the head and his cousin was wounded on his left arm in the barrage after which he immediately disappeared from the spot.

The Hindu outfit chief Bachchan was passed away on the spot whereas his cousin Srivastava endured bullet injuries. A lawsuit has been filed at the Hazratganj Police Station in relation with the episode took place near the Collectorate building. Recently, the Police Commissioner System has taken the charge of Lucknow with a vision to promote law and order in the capital.

The police have declared a cash reward of Rs.50,000 for information on the assassin after releasing a CCTV footage exhibiting the suspect.

Akhil Bharat Hindu Mahasabha president Swami Chakrapani declared that Bachchan was the working president of the outfit’s Uttar Pradesh unit. Swami Chakrapani castigated the UP Chief Minister Yogi Adityanath by confronting him to watch out his choices whether improvement of the law and order in the state is imperative or election rallies in other states.

Hindu Mahasabha and a group of scholars had knocked the doors of Supreme Court for further analysis of its judgement in the Ayodhya controversy for apportioning an alternative 5-acre plot to the Muslim for mosque construction. It is being debated that the annihilated Babri Masjid could not be treated as a mosque and hence Muslims cannot be awarded an alternative plot.

The Hindu Mahasabha disclosed that the earlier Muslim rulers had grabbed the disputed site and built a mosque with the sheer use of efficacy due to which they don’t hold any legal right on the land.

All India Muslim Personal Law Board has filed six pleas in total while this was the first move of Hindu Mahasabha to seek the analysis of its historic Ayodhya verdict of a five-judge constitution bench which was pronounced on November 9.

There are two parties in Hindu Mahasabha – one headed by Swami Chakrapani and the other by Shishir Chaturvedi. The Hind Mahasabha has confronted the judgements on two main bases:

Primarily, the Hindu Mahasabha declared in the petition that the case was a title suit, therefore it was not an obligation for the court to grant alternative 5-acre land to the Muslims when the prosecution had provided the restricted possession of the inner and outer courtyard to the Hindus.

Secondly, the Hindu Mahasabha had a topic of debate that when an ongoing criminal trial was about the annihilation of the ‘Masjid ka Dhaancha’ or the upper tomb, then the verdict given by the Supreme Court on November 9 that the mosque in entirety was demolished would have side-effects in that suit.

A Right-wing Hindu nationalist organization known as Hindu Mahasabha was composed to safeguard the rights of the Hindu community to shield the Hindu religion in India. It is said that Nathuram Godse, Mahatma Gandhi convict and some of his purported aide were also associated with Hindu Mahasabha.

It is the pioneer organization of the saffron movement and always remains effective in the system.

Posterior to the separation of Bengal in 1905 in British India, the precursor of the Hindu Mahasabha cropped in connection with arguments. The province of Bengal was divided into two new provinces of Assam and East Bengal as well as Bengal. The big majority of Muslims were accommodated in the province of East Bengal and Assam whereas the new province of Bengal had a Hindu majority. Many Indian Nationalists observed this division as an endeavour of British colonial administration to drive a tapered block among Hindus and Muslims splitting the increasing Indian autonomy movement.

Posterior to the creation of the All India Muslim League in 1906 and the creation of separate Muslim electorate by British India government under the Morley-Minto reforms in 1909, the need of creating an organization to safeguard the rights of Hindu community members cropped up. Arya Samaj Leaders Lala Lajpat Rai, Lal Chand and Shadi Lal formulated the Punjab Hindu Sabha in 1909 and organized many Punjab Provincial Hindu Conference. The prime motto of this organization was to protect the interests of the entire Hindu community. This work for Hindu unity in Punjab was a forerunner for the emergence of the All India Hindu Sabha. A formal move to set up an All India Hindu Sabha was made in 1910 but did not become operational.

The Hindu Mahasabha was not at all in favour of the Indian Freedom Movement against British rule in India.

The India Content website has a huge stock of high-definition images related to Hindu Mahasabha. The images are obtainable in three sizes – small, medium and large.