Amy Jackson celebrated her 28th birthday this year, vacationing in Seychelles, South Africa with her family.

Amy spent a gala time with her husband George Panayiotou and son Andreas Jax Panayiotou and also shared a video of herself in bikini followed with a long note. She gave various reasons for loving her family at such a wonderful day in her life. Amy was beholden for being able to walk on her two own legs, for hearing the waves with her own two ears, for having a chance to speak to her family and friends to express her love for them and for waking up simply in the morning and watching her son lying beside her. She feels that opening your eyes and taking a breath in just another day is a blessing for everyone.

Amy posted her pictures on Instagram in which she had put on red swimsuit holding her son in her hands and leaning on a coconut tree trunk.

Amy is born to father Alan Jackson who was a producer in BBC Radio and to mother Marguerita Jackson who was a Horse riding trainer, an English couple from Liverpool. Amy was born on 31st January 1992 in Douglas on the Isle of Man. She has an elder sister named Alicia who is also an actress by profession. Amy went to St. Edward’s College where she obtained A levels in English literature, philosophy and ethics. Her interests include swimming and dancing. She has always been a fitness admirer and follows several fitness regimes like yoga, cardio, kickboxing and jogging. As her family was very much into education, she was always academically focussed and never thought of a career in acting or modelling.

Jackson stays in London and aids charities like St. Jude’s hospital in Mumbai and the Girl Child Education program in India. She works with PETA and promotes the adoption of animals from shelters. She is the brand ambassador for Yardley of London and Ponds Beauty.

The actress embarked her modelling career when she was 16 years old and went on with Teen Competitions. She is a well-known Indian film thespian who made her appearance primarily in Hindi and Tamil cinema. The director A.L.Vijay spotted her as the outstanding lady of Tamil Language period drama Madrasapattinam  (2010). She gave her first Bollywood debut in 2012 – the romantic drama Ekk Deewana Tha and first Telugu movie Yevadu. Later, she also appeared in Anees Bazmee’s Singh is Bling in 2015, The Villain in 2018 and 2.0 in 2018. She played the role of Imra Ardeen/Saturn Girl in the third season of The CW’s Superhero Series.

In early January 2019, Jackson promulgated her affair with hotelier George Panayiotou and exchanged the nuptial vows on 6th May 2019. The couple was blessed with a baby boy on 23rd September 2019.

Jackson was a part of FHM World’s Sexiest 100 Women. She was conferred with SIIMA Awards for Stylish Youth Icon of South Indian Cinema in 2015.

The high-quality songs of Singh are Bling did a great job among the youth.

Amy’s top hits include Tung Tung Baaje, Dil Kare Chu Che, Cinema Dekhe Mamma, Singh & Kaur, Mahi Aaja. Shankar’s romantic thriller Film I (2015) was the biggest project in Amy’s career. The major part of the movie was shot in China which took more than two and a half years and was the most expensive Indian films to-date. Posterior to the release on 14th January 2015, Jackson received favourable reviews but the movie didn’t do well at the box-office. Amy was the perfect eye candy and surprise packet in this movie. Thereafter, she was ranked no.1 in The Times of India, Chennai Edition list of the most desirable women in 2014.

Soon after, Jackson worked opposite Akshay Kumar in Singh is Bling and was the blockbuster on Silver screens.

The India Content website has a huge stock of high-definition images related to Amy Jackson including her photos from several photo shoots, shows, promotions and various other events. The pictures are available in three sizes – small, medium and large. 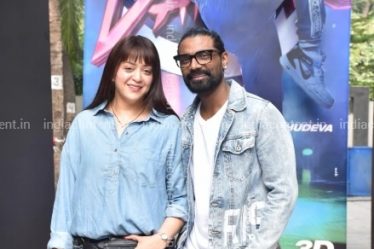 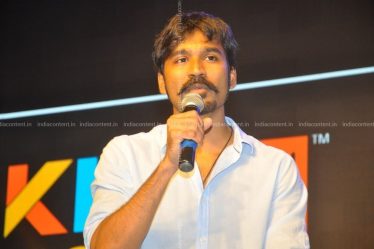